I swapped my Houston flight for one to Boston to help with changing my roster and also so that I can visit my friend Guya who lives there too. Departing Dubai at 8:30am it was thirteen hours and ten minutes over to Boston Logan International Airport in the US. It was a busy flight nonetheless, but I was ready to venture out the hotel when we landed around 2:30pm.

I was meeting Guya at a restuarant called Legal Harborside which is a seafood restaurant right on the waters edge. It’s a beautiful restaurant and one that gets very busy especially on a weekend. 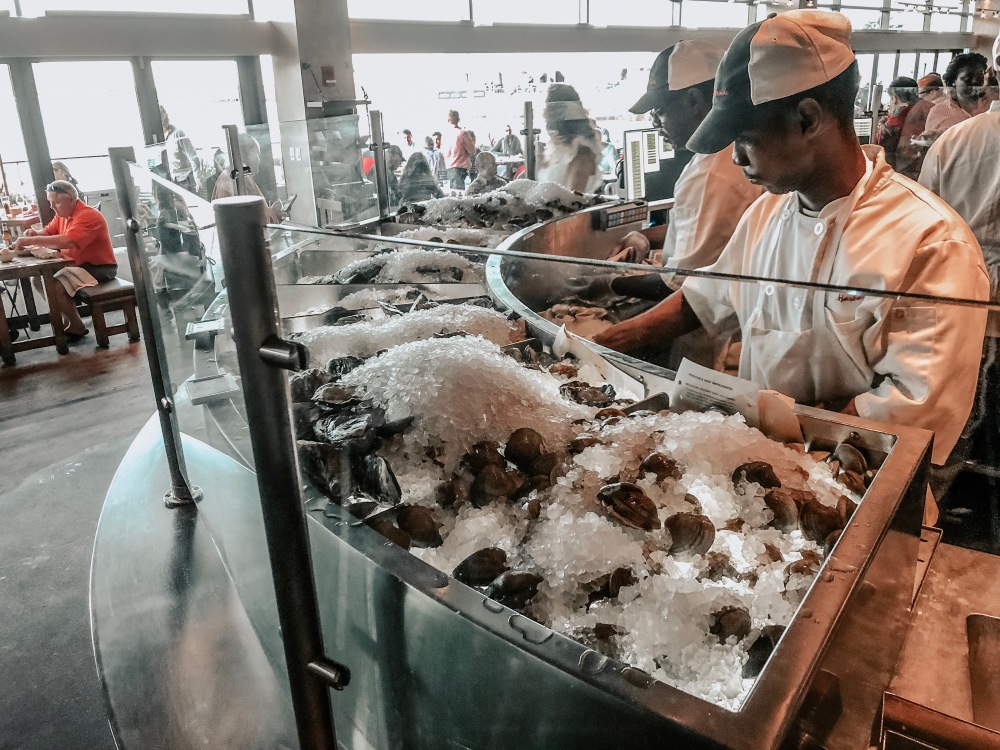 So if you are going to head here, I would recommend making a reservation. We sat at a table outside and ordered a cocktail each. I opted for a raspberry sangria and Guya a chronic gin and tonic and we looked through the menu whilst we chatted away. It had been over a year since we last saw each other!

We shared the calamari to start with and I had a couple of local oysters too which were fantastic. For main I went for the seafood stew with chorizo served with garlic sourdough. The food here is so delicious and not over priced either, I highly recommend this restaurant if you’re ever in Boston. 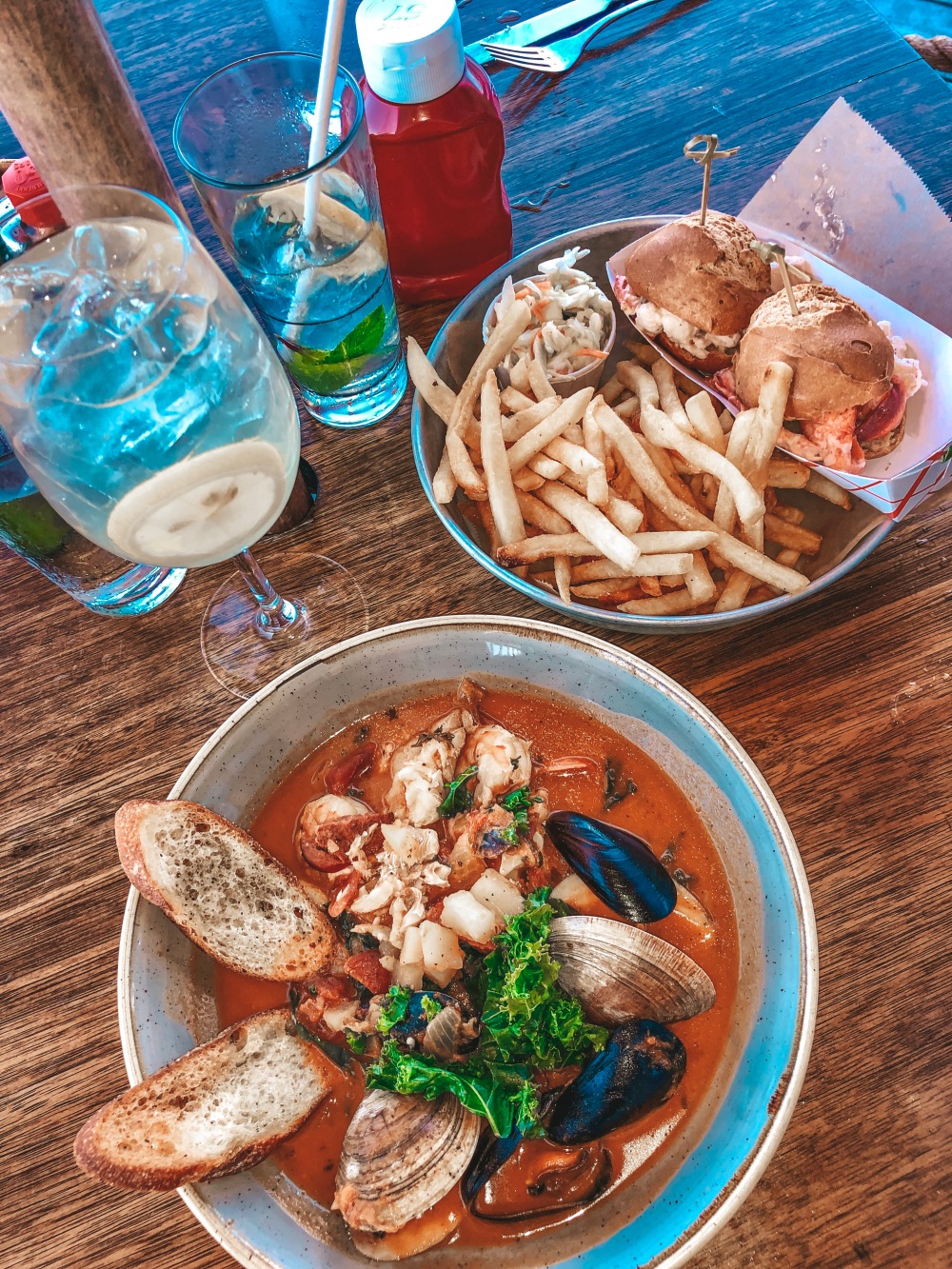 As the sun began to set it started to get a little chilly so we took an Uber over to the Top Of The Hub in the Prudential Tower. The building, a part of the Prudential Center complex, currently stands as the second tallest building in Boston, behind 200 Clarendon Street, formerly the John Hancock Tower. A restaurant, the Top of the Hub, occupies the 52nd floor. A 50thfloor observation deck, called the Skywalk Observatory, is currently the highest observation deck in New England open to the public.

It gives a great view across the city especially as the colours of the sunset were beginning to show. 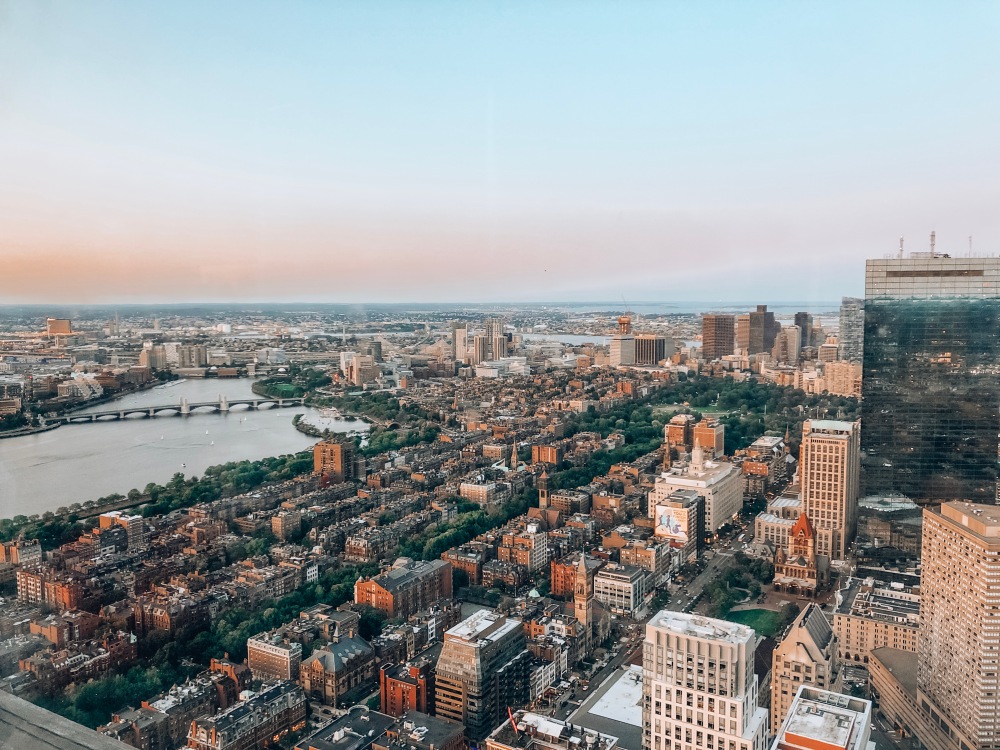 After a few more drinks we called it a night and I headed off to bed exhausted with the time difference.

The next morning I woke up around 8:30am and got up and ready to venture into the city for some breakfast and a bit of shopping before I was meeting up with Guya later. 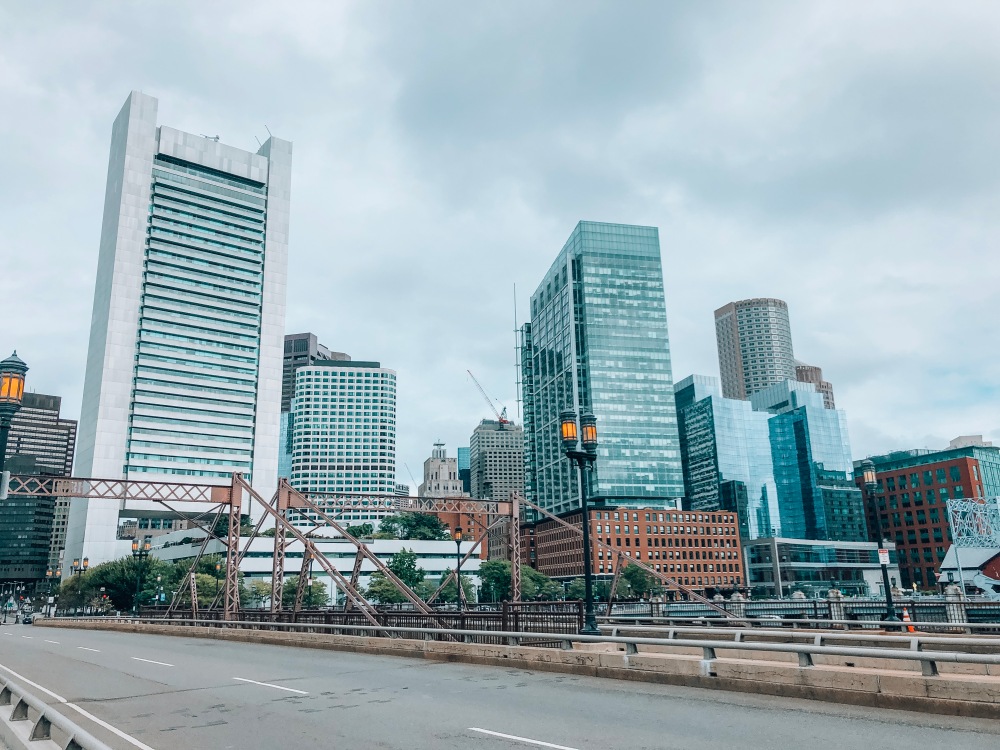 It was a gloomy morning, so I ventured for breakfast at a place called Cafe 26 for bacon and eggs and iced coffee. It was nice to stretch my legs and browse the shops and by the time it was time to meet Guya the sun had finally come back out.

Around three times a year in Boston they have what they call pedestrian Sunday’s when they close the roads to cars on Newbury Street (their high street) and everything is opened up to the public with shops and cafes sprawling into the street. It was the perfect day for it and we walked with her boyfriend and their neighbours and the two dogs into the centre.

I’d definitely worked up an appetite after a morning full of walking and we went to Time Out Market which is a new street food place place that has stalls of all different cuisines under one roof with a communal seating place.

I was wanting a lobster roll (when in Boston) and here had good reviews for one! Grabbing one with a side order of truffle fries, we sat outside in the sunshine tucking in.

I loved the Time Out Market, there is a few worldwide and there’s one set to launch in Dubai in 2020 which is exciting. The lobster roll was heavenly and after lots of fresh air, walking and food I was ready to go nap for a few hours before the long night flight back to Dubai. A wonderful layover in Boston. lovely weather and great to catch up with my friend Guya!