It was time to head off to Dublin, it had been quite a while since I was last in Ireland and I was looking forward to exploring and seeing more of what Ireland had to offer rather than staying in the city of Dublin itself. Landing just after lunchtime, we reached the hotel and I met two of the crew downstairs to go to Bray.

Bray is a coastal town in north County Wicklow, Ireland. It is situated about 12 miles south of Dublin city centre on the east coast. It has a population of 32,600 making it the ninth largest urban area within Ireland.

There was a bus that took us directly from Dublin to Bray and was just a five minute walk away from our hotel. It only cost a couple of euros for the journey and took fifty minutes to reach the town of Bray. We were planning a coastal walk from Bray to Greystones which is a 7km cliff walk from one town to the other or you can do the 12km circular route. 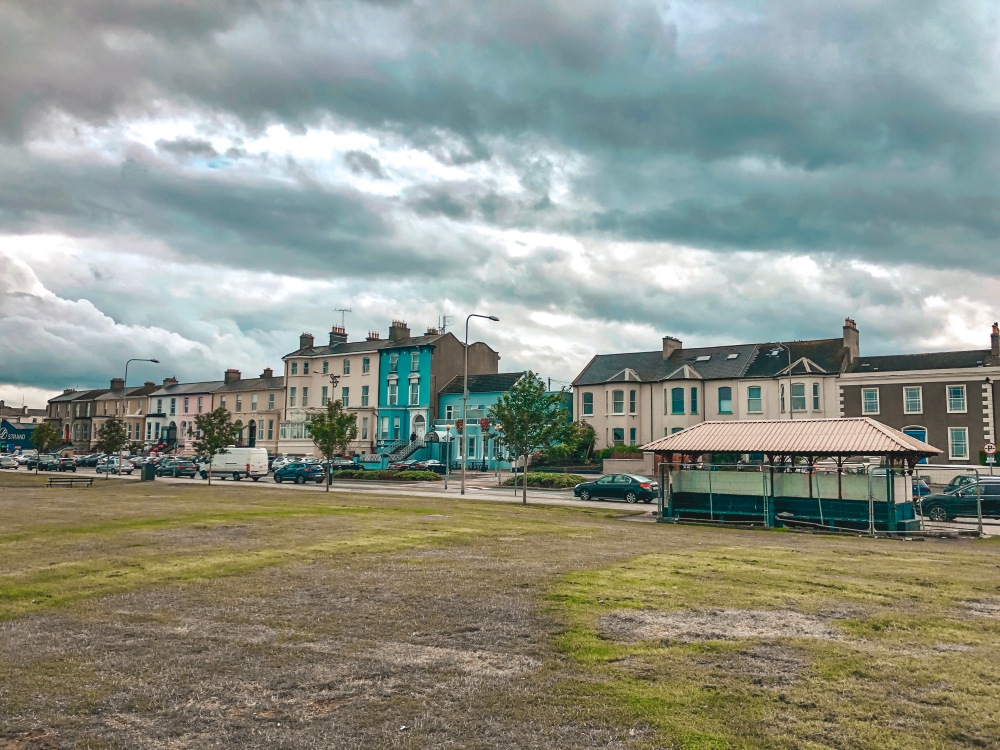 As the bus pulled into Bray it seemed the heavens opened and a serious downpour was happening despite it not being forecast! Unsure what to do, I had a quick look at restaurants and found a seafood place on the seafront and we decided to have dinner before our walk rather than afterwards. We grabbed a table at a place called Ocean Bar and Grill and ordered a glass of wine whilst we looked through the menu.

I opted for the fresh Irish rope mussels which came with white wine sauce, dressed with fresh chilli and spring onion and brown soda bread.

Then for main I went for the ocean salt and chilli fish box which was filled with white fish, prawns and calamari, skinny fries, sautéed onions and chilli, mango dip and cucumber yoghurt. I wasn’t aware that this was going to come deep fried so it was a little disappointing and way oversized so I couldn’t finish it all, but it was very tasty all the same. 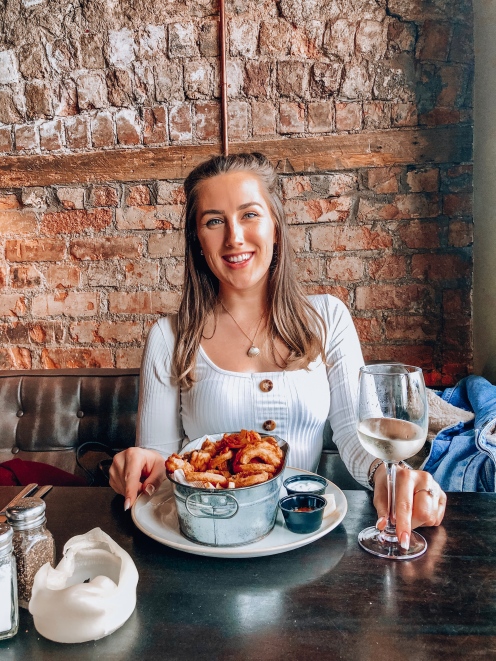 The food was lovely and finally after about an hour of downpours, the sunshine finally crept back through. So we paid our bill and set off on the two hour walk.

The route follows the coastline and also the Dart Railway which you can see running between the two towns. The sun was shining, but it wasn’t too warm and we wandered along the gentle coastal path avoiding the puddles that had formed from the earlier shower. 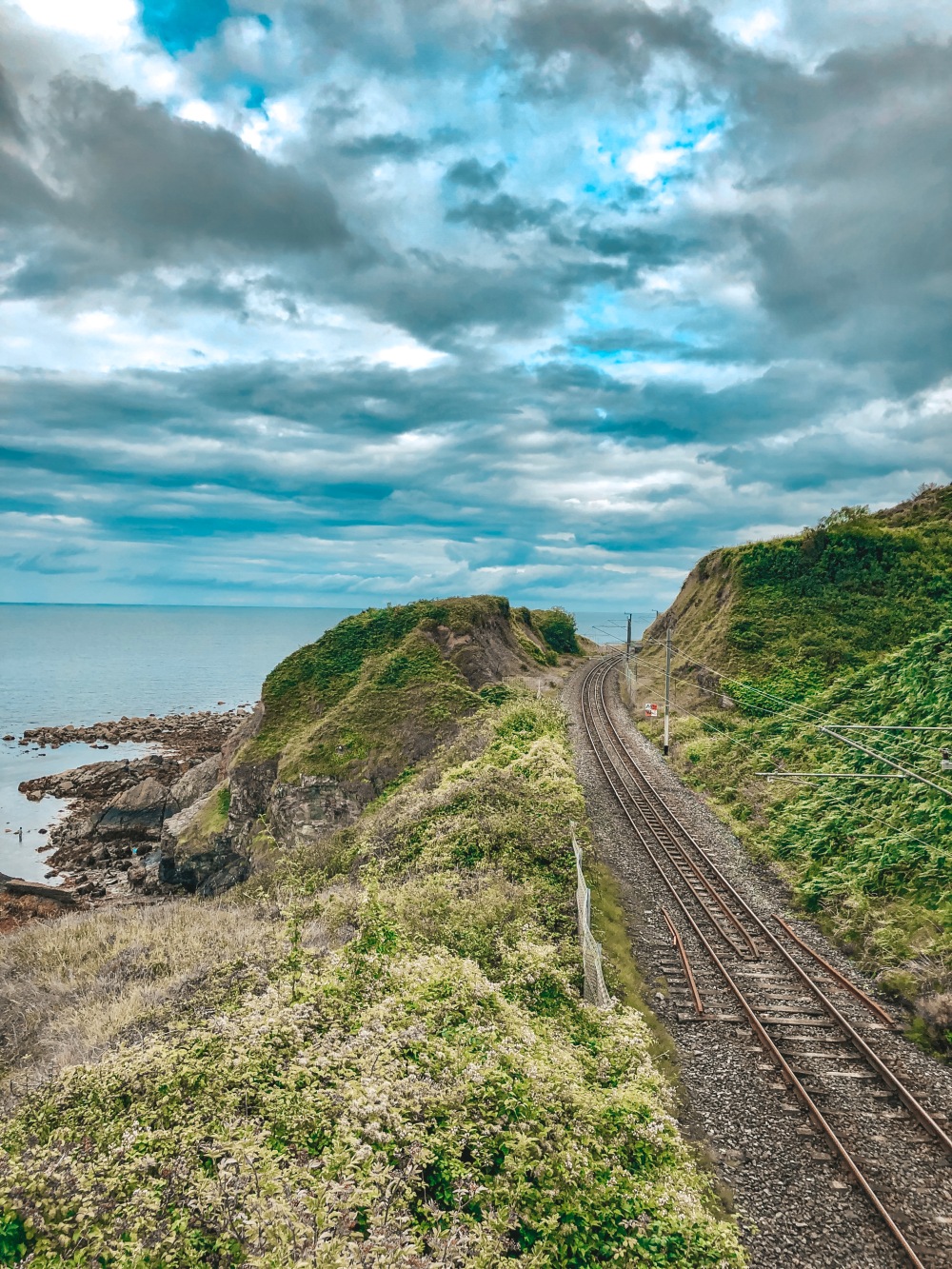 The coastal walk is a great option if you’re wanting to get out of the city of Dublin and see the greenery that Ireland is famous for. The views are beautiful and it was so great to breathe in the fresh air and stretch those legs! 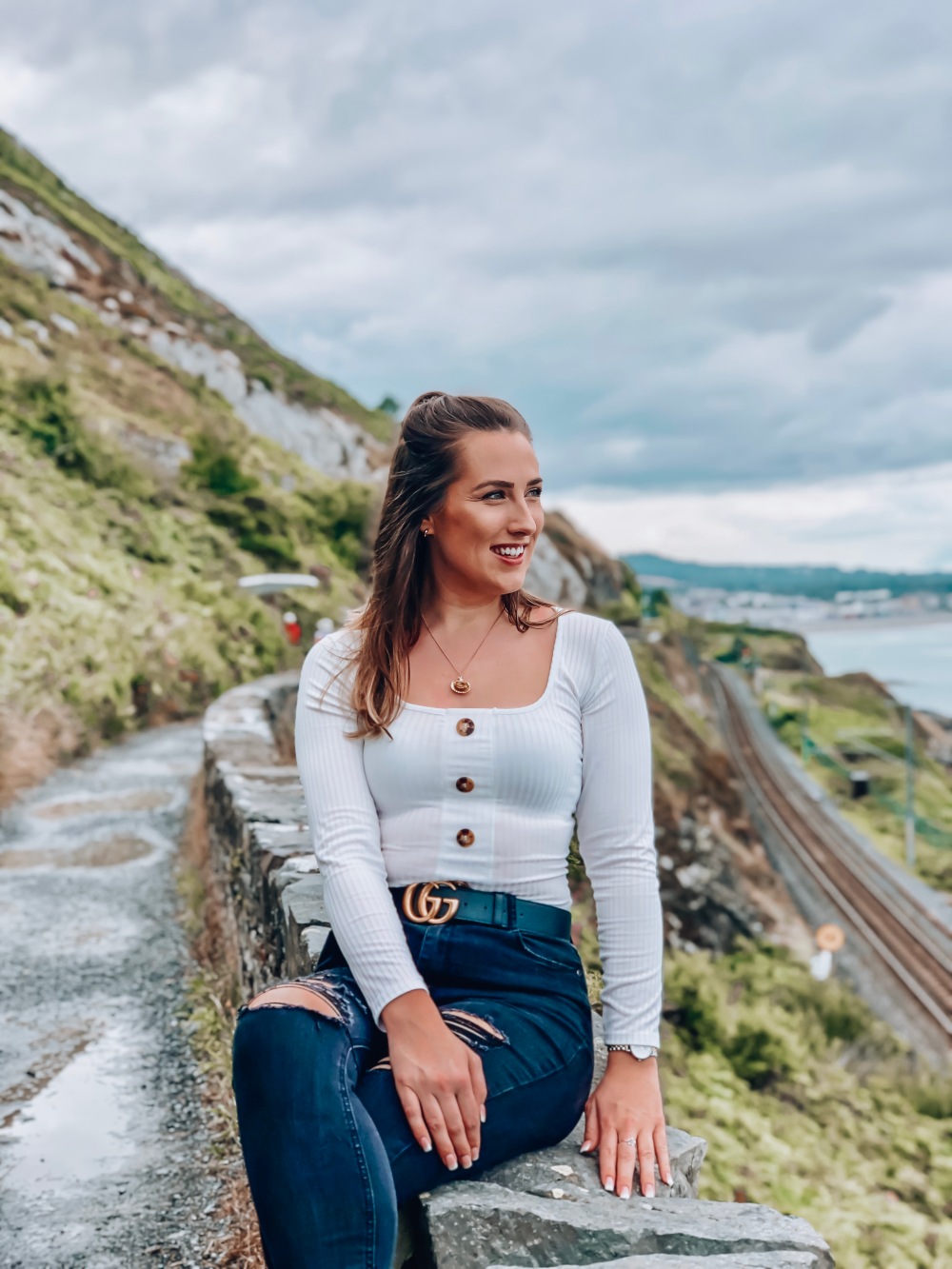 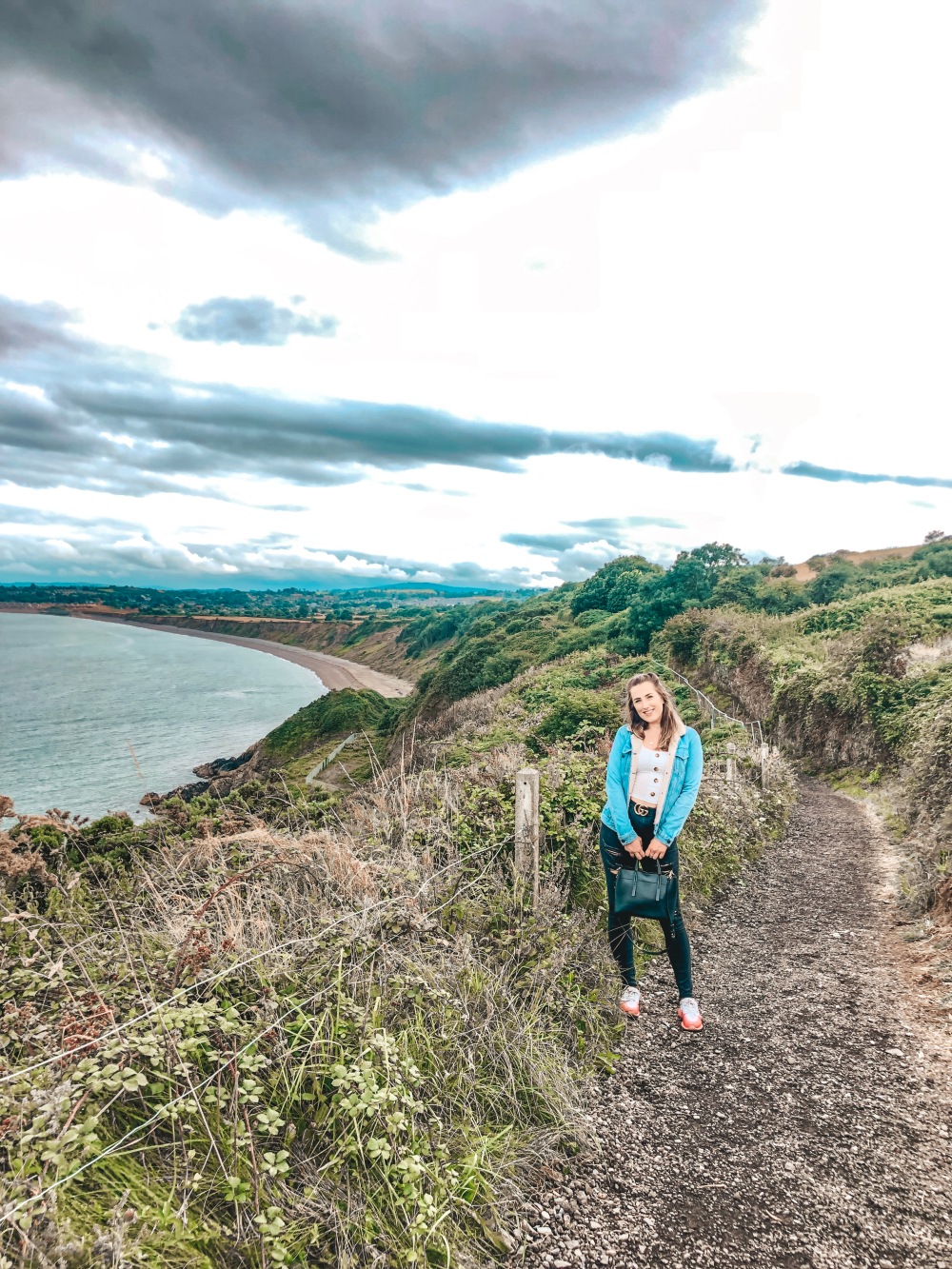 We wandered along stopping for the odd picture, admiring the view and teaching each other things about our own countries. We had myself from the UK, Francesca from Italy and Iulia from Russia.

As we approached the end of the walk towards the town of Greystones, we walked through a field of wheat, along the pebbles of the beach front and into the town ready to take the Dart train back to Bray.

If you’re wanting to and able to eat after your walk unlike us, there were SO MANY cafes, restaurants and bars in Greystones that looks so cute! If time hadn’t have been pushing on and the three of us exhausted after an early start, a long day and a long walk I think we would have stayed for an hour or two!

When we got back to the hotel, I grabbed some food on the way in to eat before crashing out and sleeping for a good eleven hours before the day flight back to Dubai. A beautiful layover, so nice to get out and do something different, so thank you to Matt for the suggestion!! 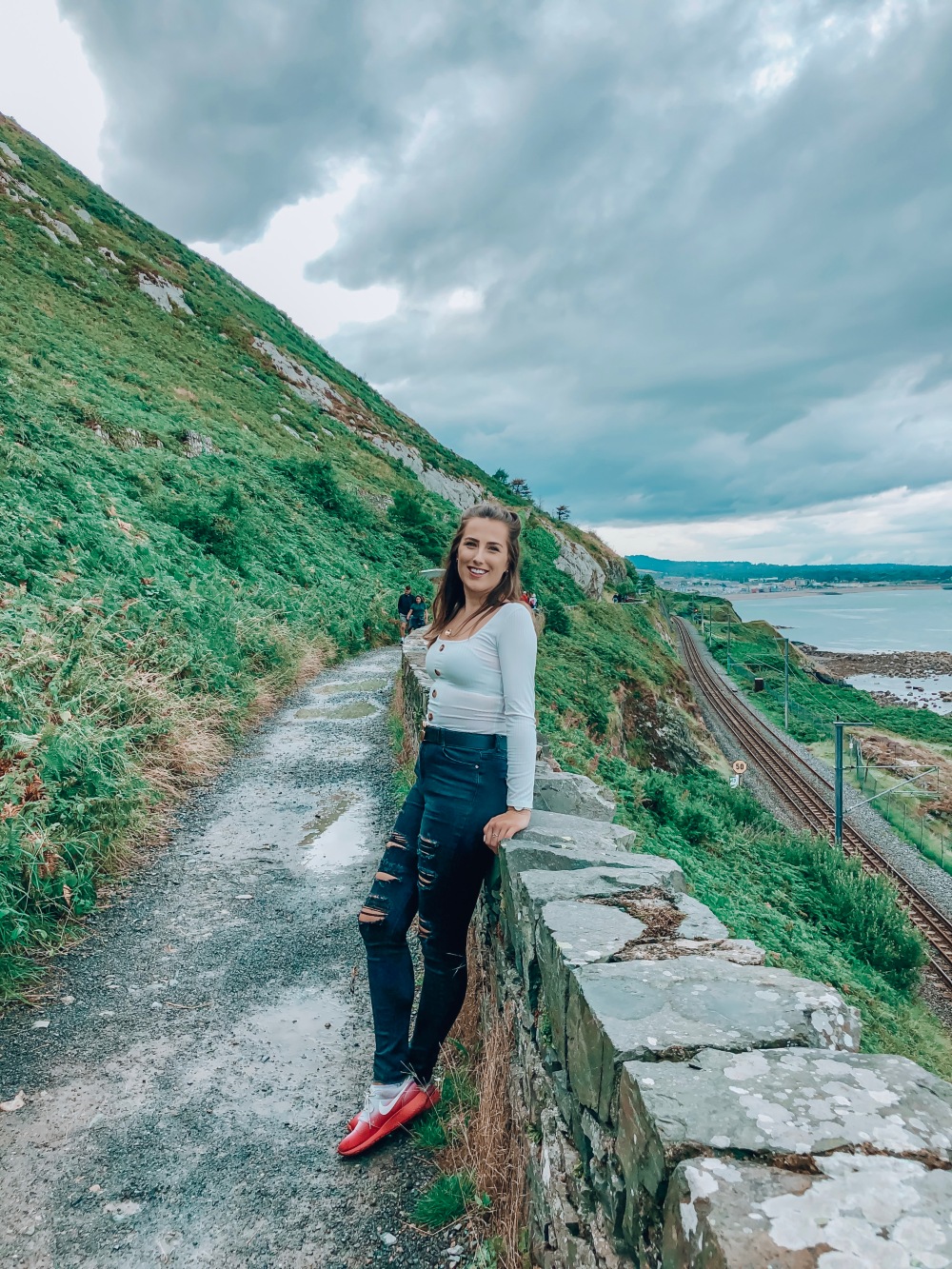