It was time for me to finally head on leave, it had been six months since my last lot of leave and that was just a quick five days home over Christmas. Myself and two of my best friends Chantelle and Grace had taken 12 days to go to Cancun in Mexico and to Las Vegas in the USA. But more on Vegas later and onto the first half of my Mexican adventure, which was country number 64 for me!

We first off left Dubai at 2:10am and took the 15 and a half hour long flight to Fort Lauderdale in the US. From here we had quite a lengthy stopover of 9 hours where we killed our time in a Mexican restaurant, before we flew with a different airline, Southwestern, across to Cancun which took 1 hour 50 minutes.

Landing at 9pm, we went through immigration and finally arrived at the hotel  after a long 30 hours of travelling. Beyond exhausted, we went to bed and looked forward to waking up to the beautiful views of Mexico the next day.

After so much travelling we wanted nothing more than a lazy day in the hotel and woke up and grabbed a traditional Mexican breakfast in a cosy little cafe.

Feeling full and ready for some sun, we grabbed some sun loungers on the beach front and ordered three yard long Piña Coladas. When on holiday, hey!

The beach was so beautiful. White sandy beaches and gorgeously clear turquoise waters. It’s like something you see from a travel magazine.

The waiters on the beach were telling us how lucky we were to have arrived the night before as for the five days before this it had been raining non stop everyday!

I also started reading this book called ‘The Perfect Girlfriend’ for anyone interested in crew life this is the perfect summer read for you. I could not put it down and finished it within two days. Without giving too much away here’s the blurb of the book…

“Juliette loves Nate. She will follow him anywhere. She’s even become a flight attendant for his airline, so she can keep a closer eye on him. They are meant to be. The fact that Nate broke up with her six months ago means nothing. Because Juliette has a plan to win him back. She is the perfect girlfriend. And she’ll make sure no one stops her from getting exactly what she wants. True love hurts, but Juliette knows it’s worth all the pain…” 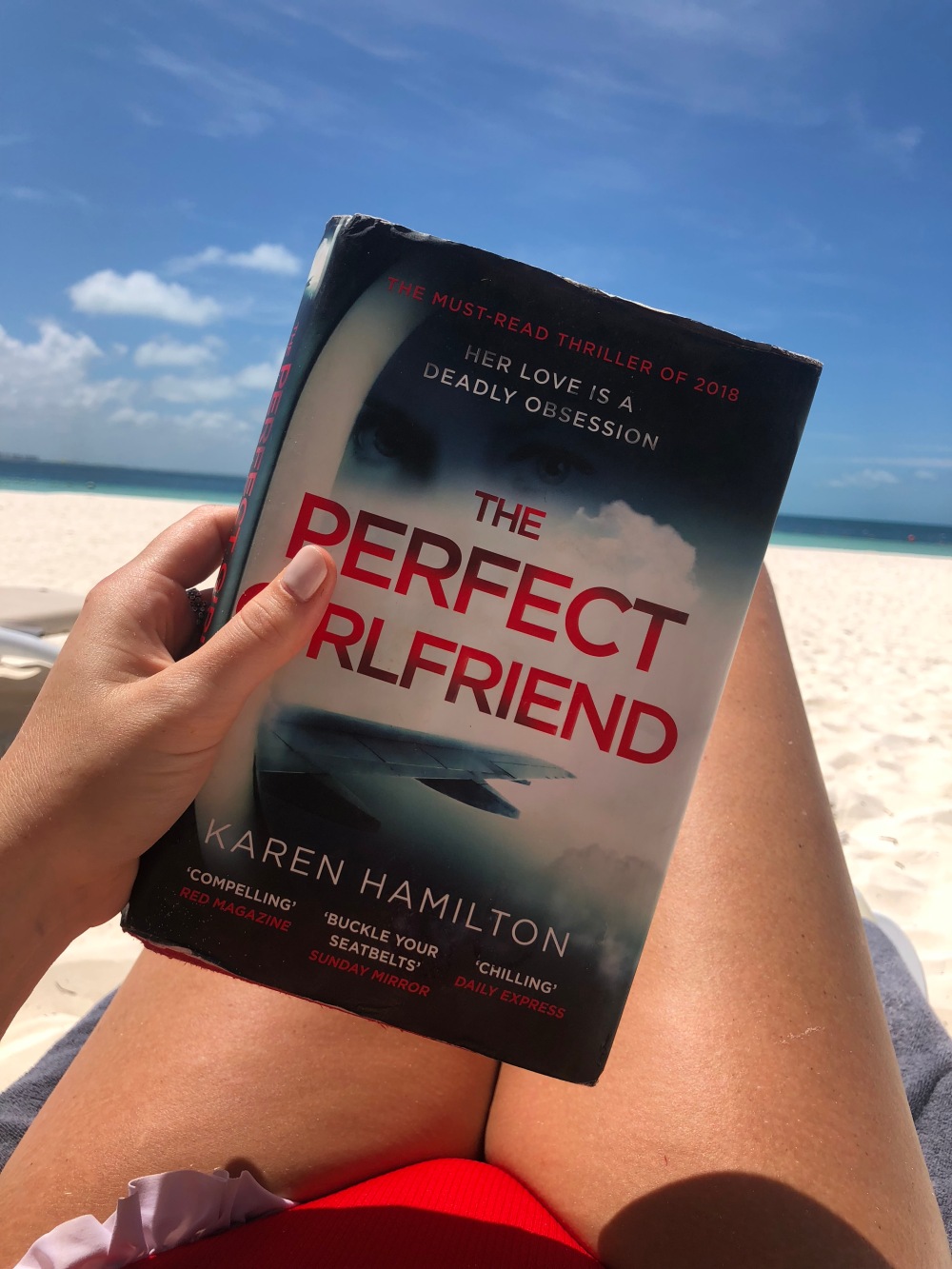 It was my mum who recommended this to me and said it would be right up my street and I was laughing my way through the book as it was so relatable to my role. Very well written, highly recommend.

That evening we wanted a nice casual evening at a good Mexican restaurant so we decided on a restaurant called Chichen Perez for food before an early night due to jet lag and an early start for our tour the next morning! 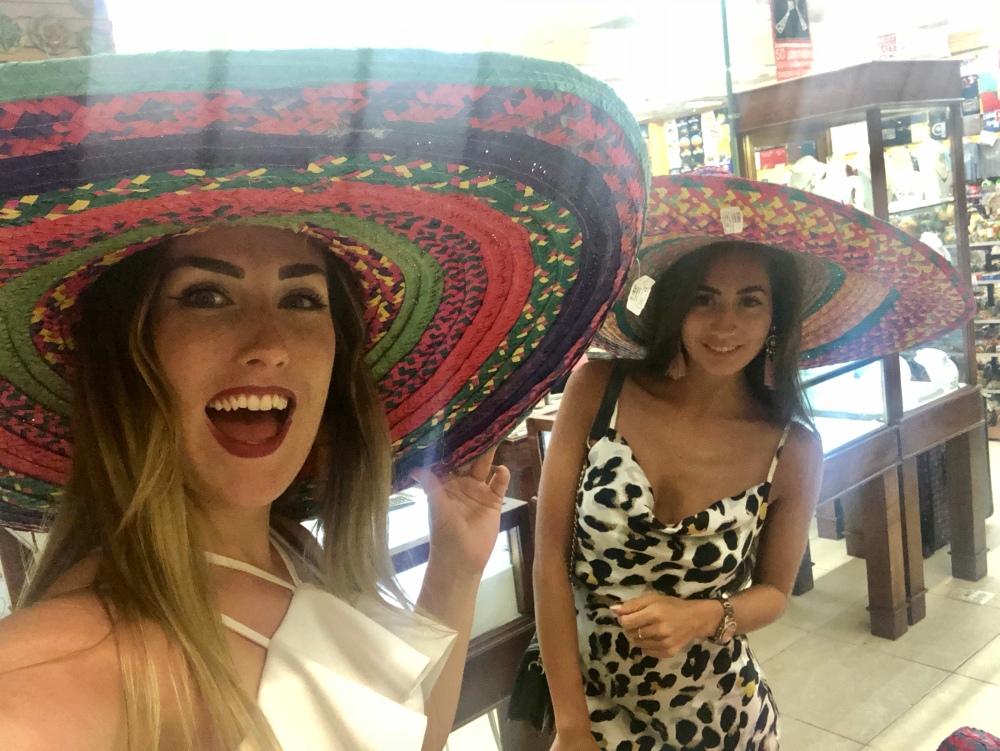 We had chosen a trip to the famous Mayan temple and one of the new seven wonders of the world: Chichen Itza.

We booked a tour online and paid $42 each. We were picked up at 7:50am and began the long drive into central Mexico.

First stop of the day was lunch believe it or not. After all the hotel pick ups, a toilet break and the long 200mile drive we arrived in the local Mayan village for some traditional lunch. The food was very similar to Mexican food and was a big buffet selection and after filling ourselves up it was finally time to go to Chichen Itza. Entrance was included in the price of the ticket but cost $232 Mexican pesos for those interested.

The woman pictured is actually sat making the corn tortillas herself right in front of you!

The heat at the temple was stifling, the guide explained that it would feel hotter than other places and after a few minutes in the sun you were desperately seeking out shade. Sun cream was slathered on though and we walked past many different stalls selling all types of souvenirs on the way up to the temple. 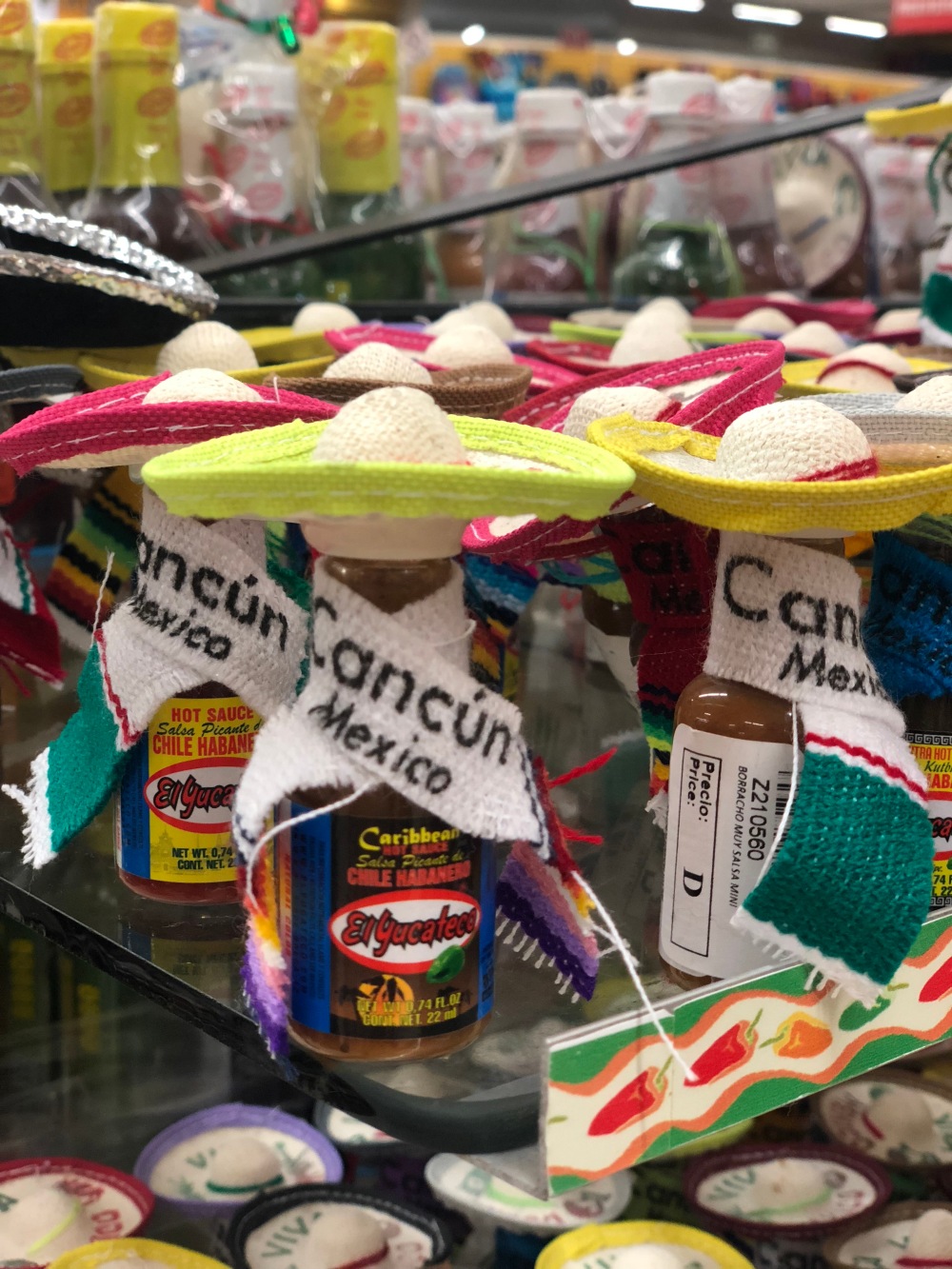 When finally we walked out to the all impressive view of Chichen Itza stood before us. 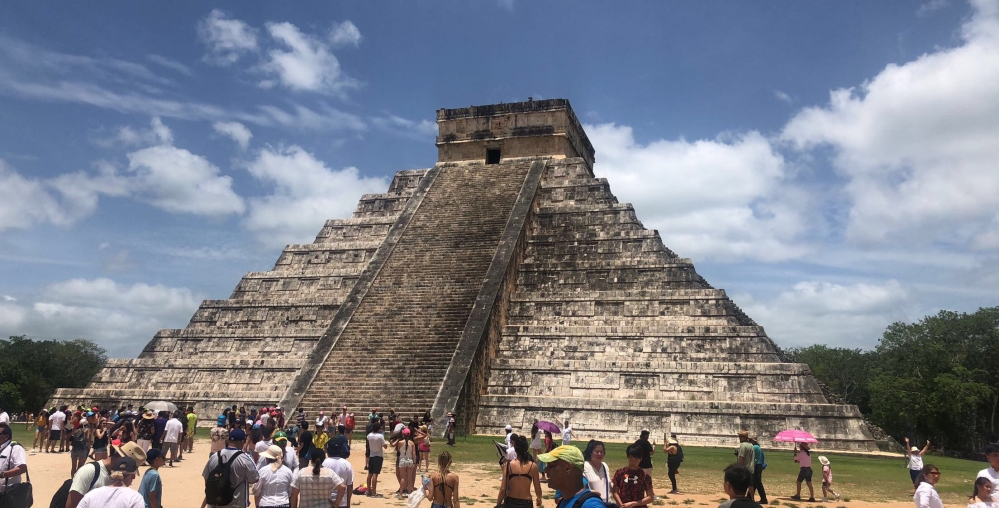 Chichen Itza which means “at the mouth of the well of Itza “, is the 2nd most visited archeological site of Mexico today. The Kukulkan Pyramid in Chichen Itza which known as “El Castillo” (the castle), is one of the new seven wonders of the world. It is exactly 24m high considering the upper platform. Apart from the Kukulkan Pyramid, in Chichen Itza there many other archaeological sites to visit, all carrying traces from Mayan Culture in many ways.

Chichen Itza was a center of pilgrimage for the ancient Maya for over 1,000 years. The Sacred Cenote was holy to the ancient Rain God “Chac”.

What I found interesting about Chichen Itza was the logistics of the design that went into it. The Mayans were incredibly smart people and built the temple so that twice a year the way the sun shines onto the temple, a sunlight serpent can be seen during summer and winter solstice.

At sunset of equinox day, on the steps of the Kukulkan pyramid, you can see a descending serpent consisting of seven reversed isosceles triangles made up of sunlight and shadow. As time goes by, it looks like a snake-form descends from the temple and at last a light is projected on the head of the feathered serpent at the base of the steps.

This phenomenon occurs in March and September and can be observed approximately during five days: on the day of the equinox and the days surrounding it. The effect begins about 3 hours before sunset, at the beginning a form of undulating light can be seen on the railing of the main staircase of the Temple of Kukulkan that slowly shows seven isosceles triangles.  This effect can only be seen for 10 minutes, and then it gradually begins to disappear. How incredibly well thought out is that? When it was designed and built way back in 600AD. I completely understand why it was granted on of the new wonders of the world status.

After plenty of time exploring the area of Chichen Itza it was time to move onto the second part of the tour Uxmel Cenote.

Cenotes are surface connections to subterranean water bodies. While the best known cenotes are large open water pools measuring tens of meters in diameter, such as those at Chichén Itzá in Mexico, the greatest number of cenotes are smaller sheltered sites and do not necessarily have any surface exposed water. There are over 6000 different cenotes in the Yucatan Peninsula in Mexico alone. 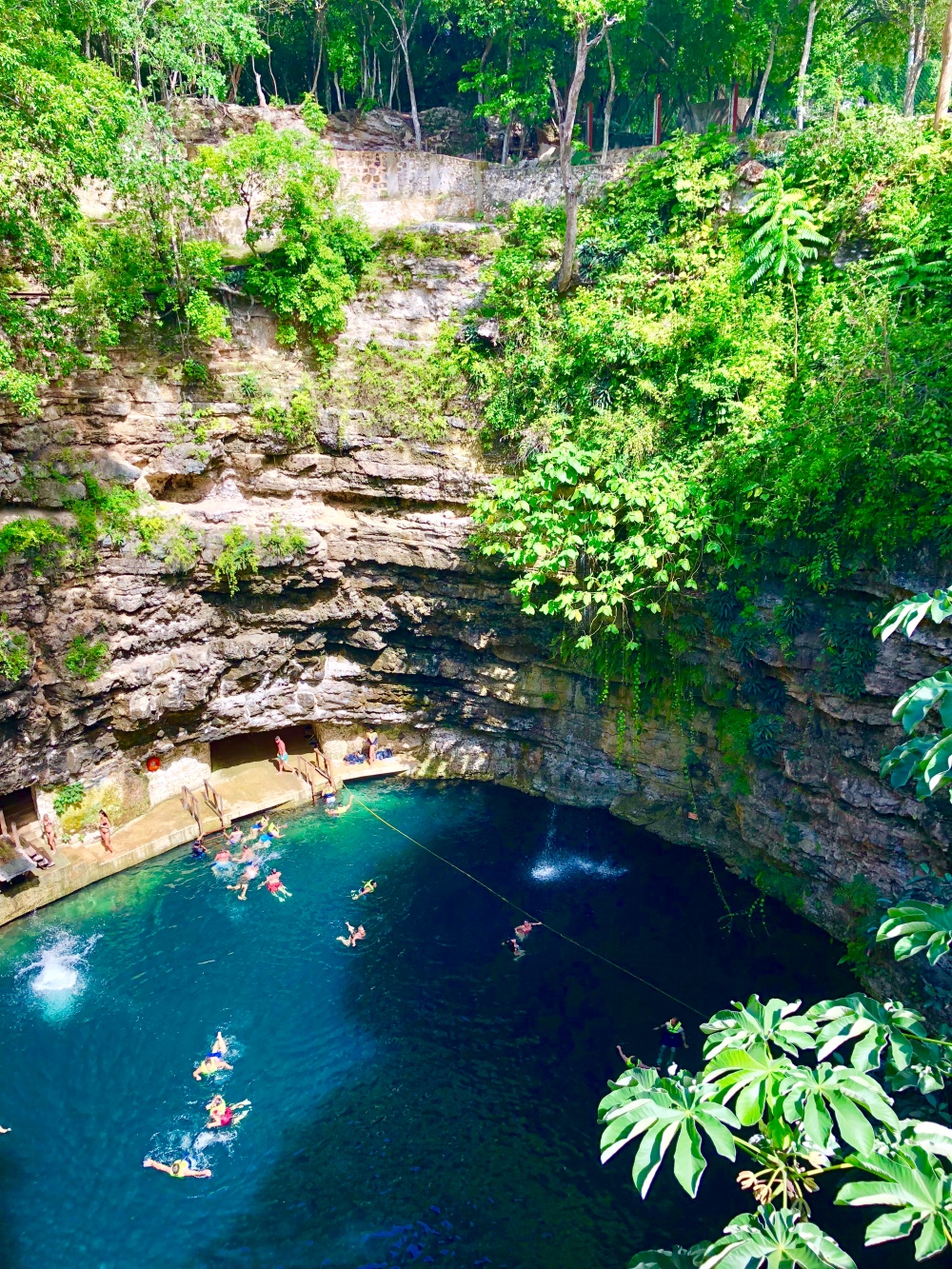 I was a little disappointed with the cenote. For starters I thought we were heading to Il Kil Cenote which I’ve seen so many pictures of and it looks incredibly beautiful. The uxmel Cenote was very pretty but looked a bit too man made for my liking. I wanted to be fully submerged in Mexican nature and I didn’t quite get the feel whilst there.

I can however appreciate its beauty (as you can see above) and it was like something I had never seen before! Before entering the waters you had to shower to keep the waters clean. Although the waters do flow between the cenotes surrounding the area it is still quite stagnant and it helps with the preservation of the environment and the use for others.

I’m not sure on the entry price for here but it was all included in the cost of our tour!

After drying off and changing again, it was back on the coach to get back to Cancun. It was such a long day, we were out over 12 hours so do be prepared for this if you’re wanting to do both things on your tour and make sure you don’t have early plans for the evening!

That evening we changed quickly and went out for dinner to a place called Señor Frogs. I’d seen a few recommendations online for good Mexican food not overpriced and it also had good vegetarian options as both Chantelle and Grace are vegetarian. So we walked on over to Señor Frogs and it is honestly a restaurant like no other…

If you’re wanting a nice casual evening dinner consisting of Mexican food where you can sit and chat. This is not the restaurant for you. What I can describe is more of a club than a restaurant. We were taken into a dimly lit smoky place with so much going on. We were given huge balloon hats, yard long cocktails and name tags with nicknames for you. We could barely hear each speak over the music and when they brought out the food they set it alight in front of your face. 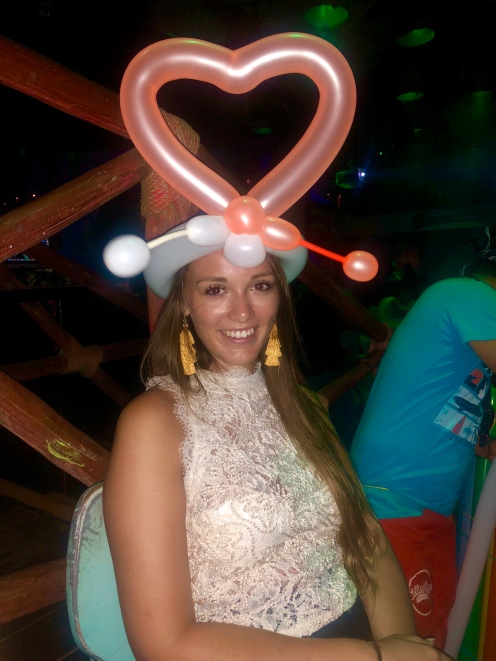 The food however was exceptional and is probably one of the best tasting fajitas I’ve ever had. I think they set it alight with tequila and it gave it a really smokey authentic Mexican taste. The portions were huge and the fresh guacamole, pico de gallo, Spanish rice and sour cream were served in crunchy taco shells.

We were then brought out a cocktail that they set alight and poured from glass to glass in front of us as they stood from different heights. It was very wild and so much going on, a dining experience I’ve never experienced before.

Señor Frogs is the sort of place you’d go if you’re wanting to eat before a big night out. Which we were too exhausted for. I do really recommend for the food though as it was incredible. Make sure you order the steak and chicken fajitas!