Headed to work and beyond ready to tick off country 61! An early morning departure out of Dubai International Airport at 7:45am and just 7 hours and 10 minutes stood between me and Oslo, Norway.

Landing just after lunch time we went across to the hotel and I had agreed to meet 4 other crew members downstairs 45 minutes later. Myself, Sapna from Business Class, Abou and Alejandro our supervisors and Essa the FO left the hotel 1:45pm and walked over to the train station. We took a quick 20 minute train into the city through the gorgeous snowy scenes of the outskirts of Oslo and disembarked the train at Nationaltheatret Stasjon. I’m very impressed with the transport facilities in Oslo, everything is incredibly modern! A couple of metro stops and a 10 minute walk later, and we arrived at Frogner Park. 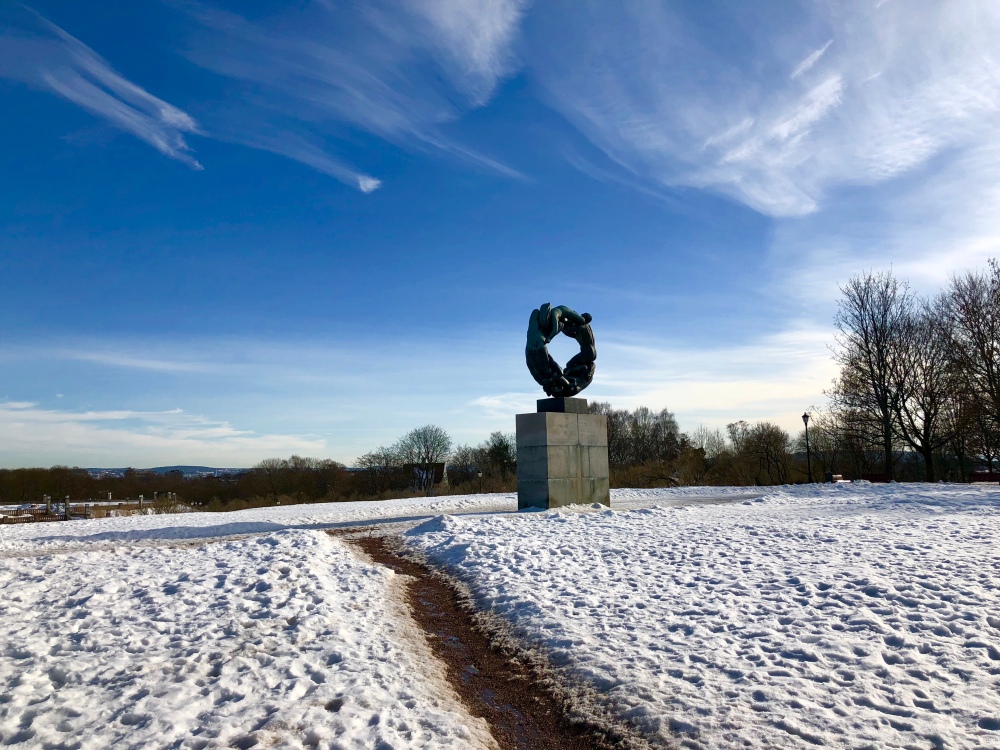 Although, it was ridiculously snowy in the park and paths and stairways hadn’t really been gritted. So me, in my heeled boots, struggled to walk around and admire the architecture but instead resembled something similar to bambi on ice.

The sculptures were interesting to say the least… many incorporated naked people which was very unusual and were scattered sporadically throughout the park.

What was nice was how everything was covered in snow with this crisp blue afternoon air. If the paths had of been clear I could have strolled around here for a long time, but we were all struggling and hadn’t prepared to trek through the snow. 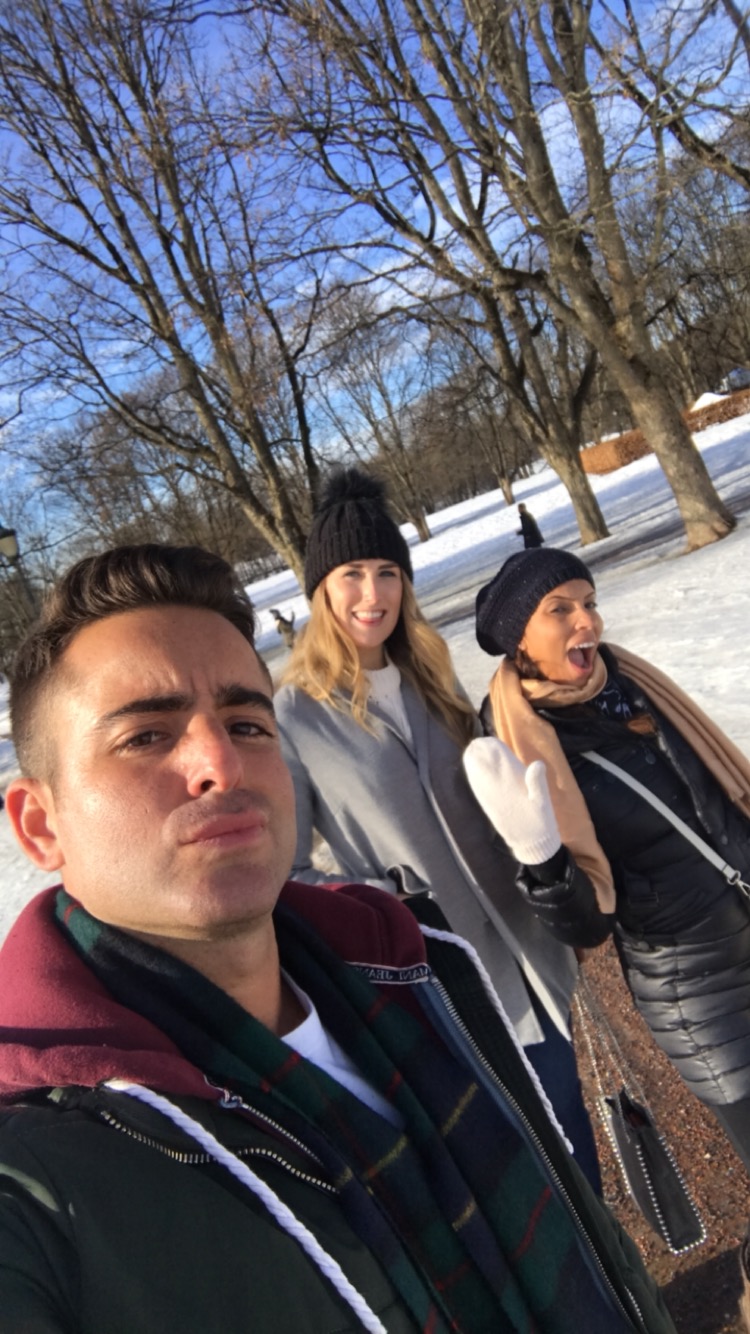 Moving on, we went back down towards the city centre in search of food. As we walked down to the water front we opted for a French restaurant were I ordered a big portion of Moules Marinére with French fries.

Feeling very full we had a brisk walk across the other side of town to see the Oslo Opera House! A beautiful building, but one I felt didn’t quite fit in with its surroundings, and stuck out like a sore thumb!

It was starting to get really cold with it getting darker so we called it a day and took the train back to the hotel to get a good nights sleep before the flight.

Overall, I’m not hugely enthused by Oslo. It seems there isn’t a great deal to see and/or do there and the city lacks structure and organisation. I would love to visit more northern Norway where you can see the fjords, but I wouldn’t be in a rush to return to Oslo! 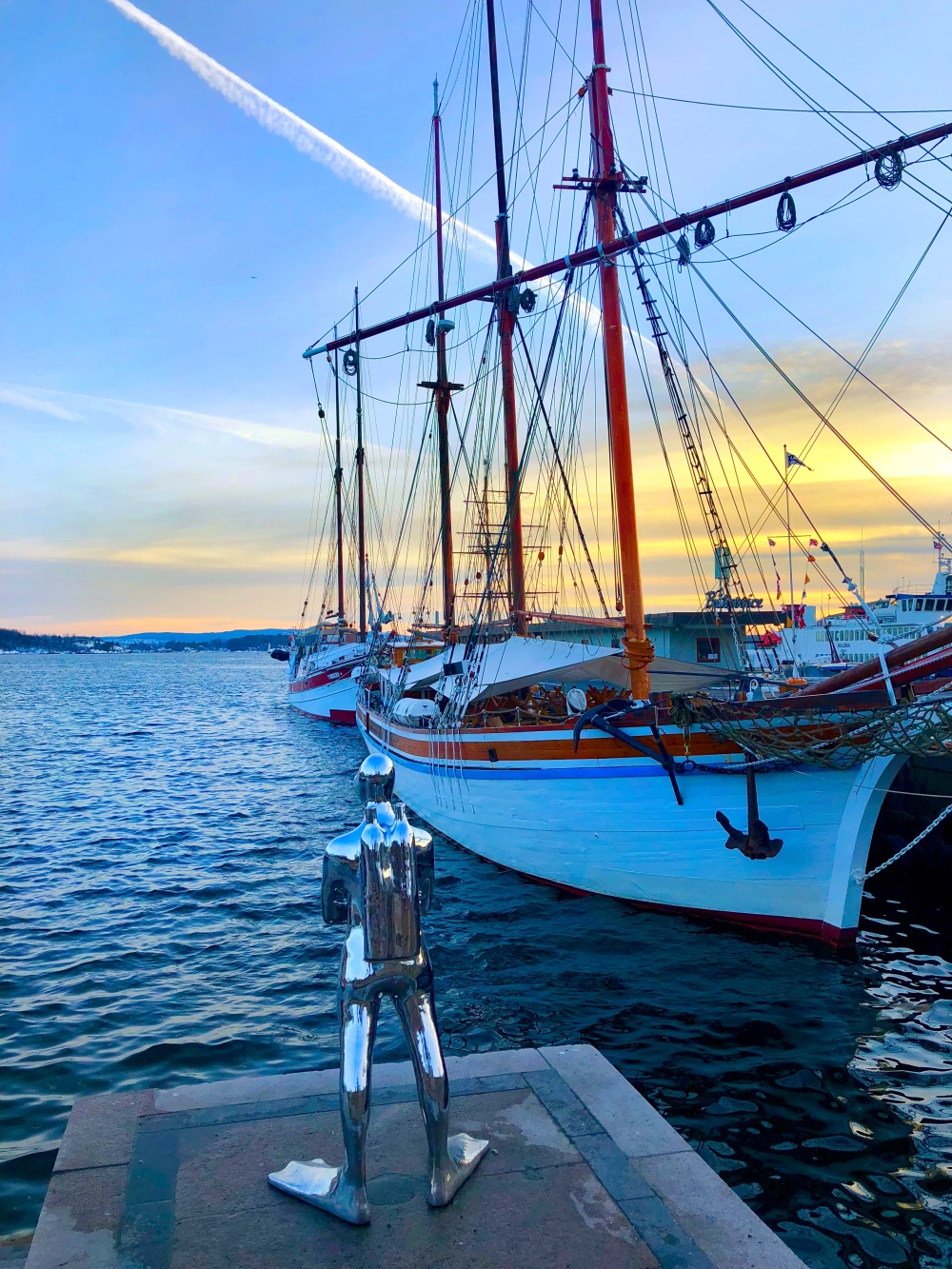