The final stop of our Indonesian adventure was to a different island of Gili Trawangan just east of Bali, and out of the three Gili Islands more known for being a party island. We left our beautiful accommodation in Ubud and drove over to Padang Bai where we would take a fast boat over to the island. The journey over took an hour and a half and to say I get sea sick, I didn’t experience it once! The boat actually played a film which I think helped distract my mind and before I knew it, we had arrived in paradise.

There are no roads or a dock in Gili T so suitcases were passed down onto the beach where we dragged them through the sand and up onto the roadside. Means of transportation in Gili T are by horse and cart, its very old school but its quite nice as it means minimal pollution in the area. As our hotel wasn’t that far from where the boat pulled in, we walked down the main strip towards our hotel: Blue Marlin.

After checking in and dropping of our things, we threw on our beach clothes and decided to have a little wander and stop for some lunch before sunbathing the rest of the day away. We stopped at a place called the Pearl Beach Club for lunch and ended up spending the rest of the day here as well. I had a prawn and avocado salad for lunch, which despite being small was absolutely delightful and I washed it down with my favourite Indonesian beer Bintang! 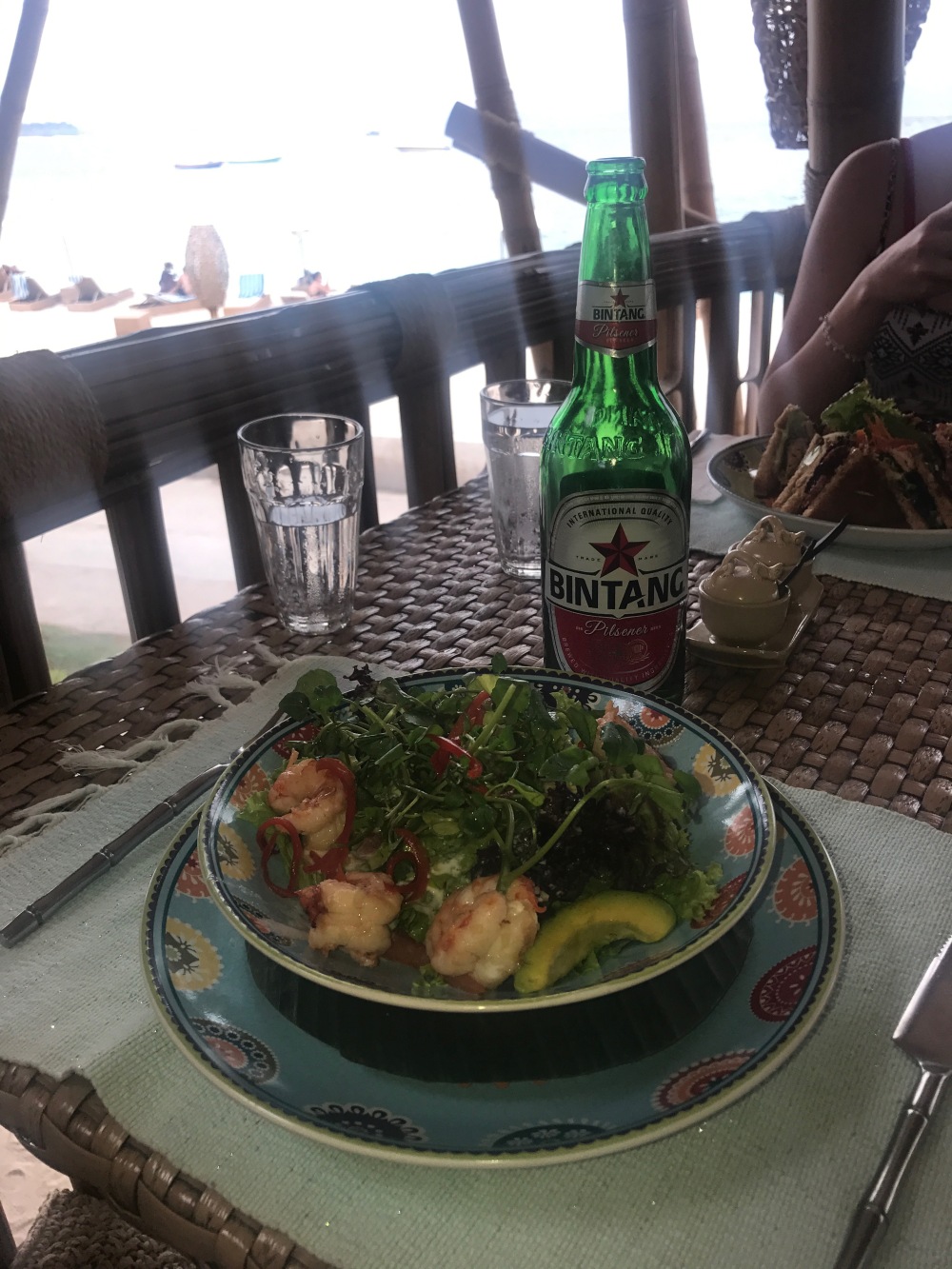 The day spent lounging is the perfect holiday and that evening we walked back to the hotel and had a dip in the pool before getting ready for the night ahead of us.

Going to an Irish bar for dinner we ordered fajitas (odd for an Irish place I know) and started on the cocktails ready for a night ahead of us.

The next morning after our breakfast in the hotel we rented bicycles to cycle around the island as we were told it only takes an hour, and would be great to see the other side too.

My favourite thing is white sandy beaches and bluey turquoise waters and the views as we cycled around the island were amazing. As the sun beat down on us we were working up a sweat and ready to cool down in the shade with a drink, so we pulled into a nearby beach side cafe for a beverage. 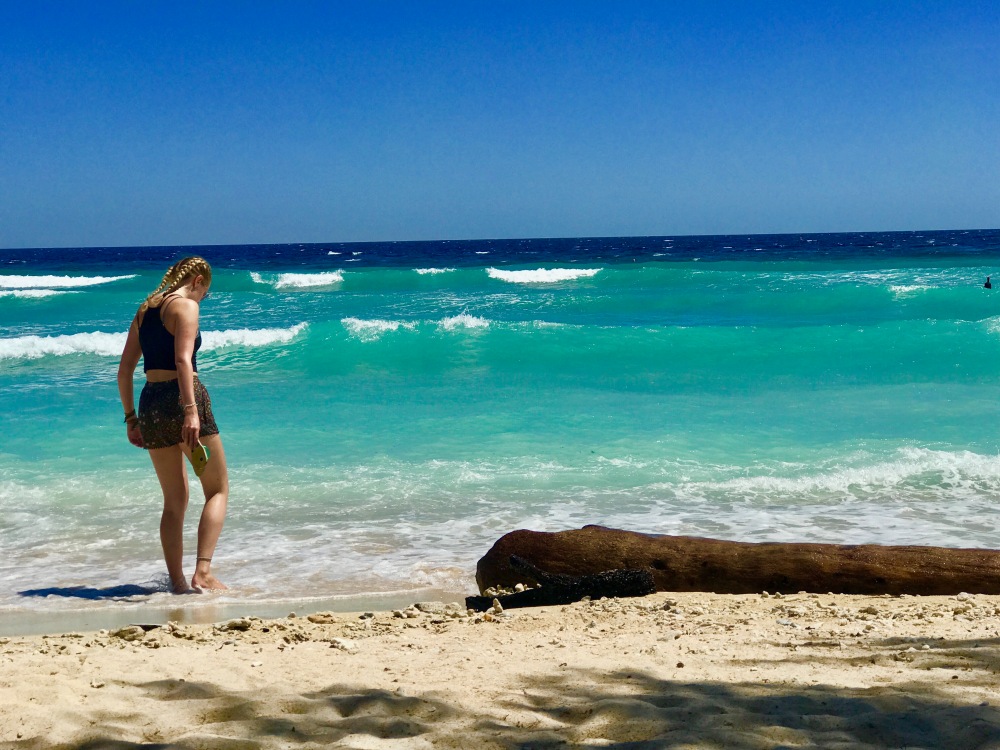 Back on the bikes we were almost at the other side of the island when we cycled past some of the infamous Indonesian swings in the sea and decided to stop for a couple of obligatory pictures.

With the tide just a bit too high and also wanting to capture the perfect sunset shot, we thought we would come back later after a bit more cycling. We came across a place called Pink Coco which had a lot of sun beds lined along the beach and also another swing in the sea! We pulled in to ask how much and they were free for use as long as you were eating/drinking, so we parked up and scoured the menu.

What I loved about this place was that they used locally sourced produce to support the local economy and made every effort to ensure things were recycled and would reduce the impact of waste upon the island. Additionally, they also used little bamboo straws in the drinks. Plastic straws are so bad for the environment and end up being un degradable at the bottom of our oceans and causing harm to marine life! Bamboo straws are a great way to combat this, and it really appealed to my geography nerd heart.

We also decided to make the most of my iPhone being waterproof and went to see if we could snap some underwater pictures in the shallow waters of the fish, I couldn’t believe how many were swimming in and amongst our feet. 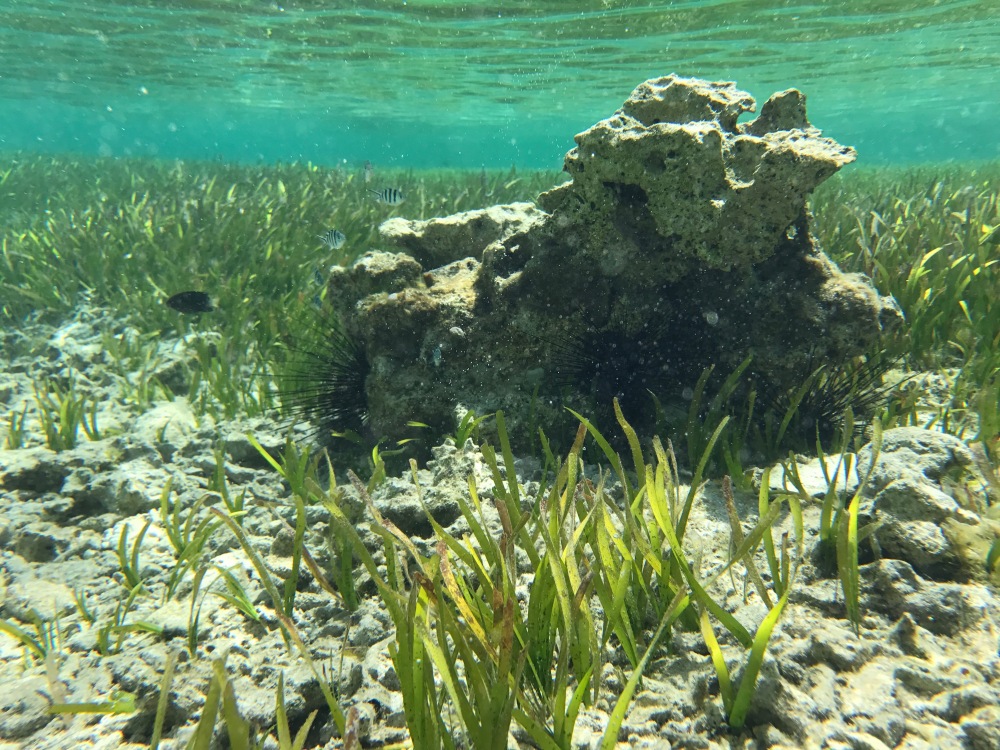 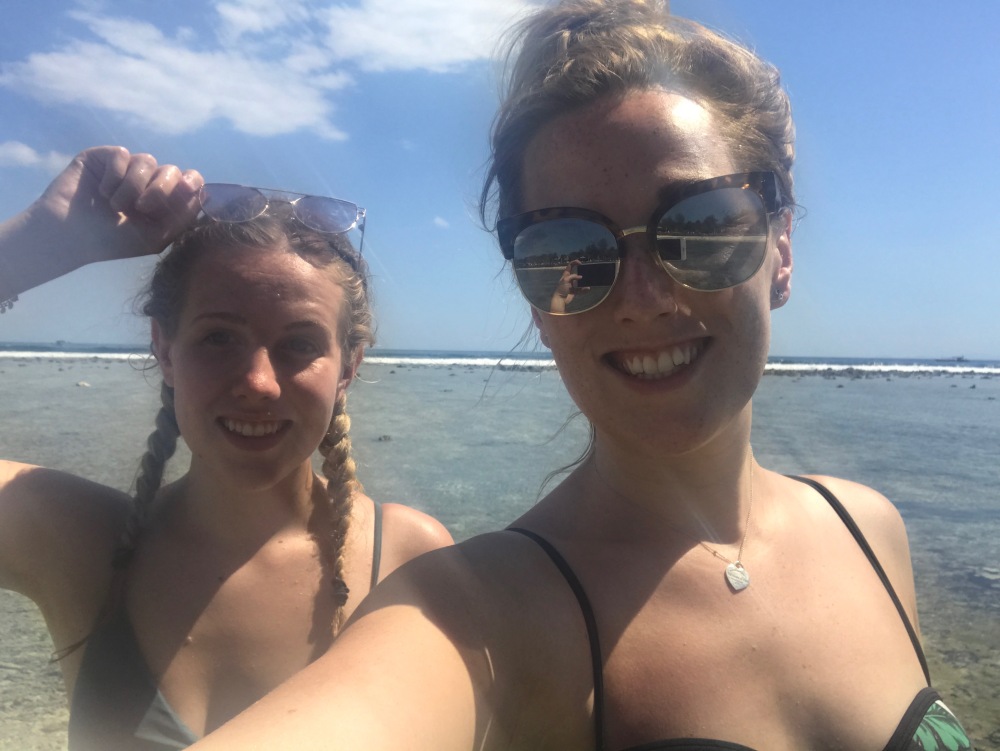 As the sun began to set we thought it was about time we got that all important sunset shot and joined the queue of people also waiting for theres, and not to brag, but I think we nailed it. 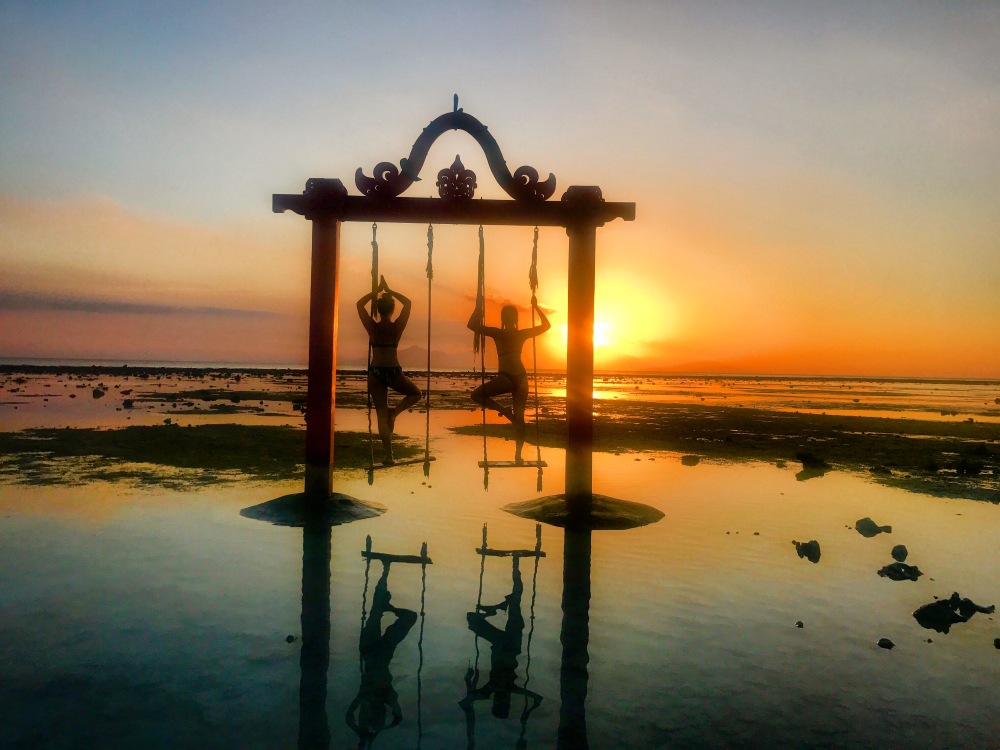 Clambering back onto the bikes, we cycled back to the strip for dinner before dropping the bikes off and collapsing into bed ready for an early morning start.

The next morning we had booked to go on a snorkelling tour around the three Gili islands. We paid 150,000 IDR each and we left at 10am for our 5 hour trip.

We were stopping at three different sites around the islands. The water was surprisingly quite warm and we swam in and amongst the fishes and sighted a turtle or two as well! 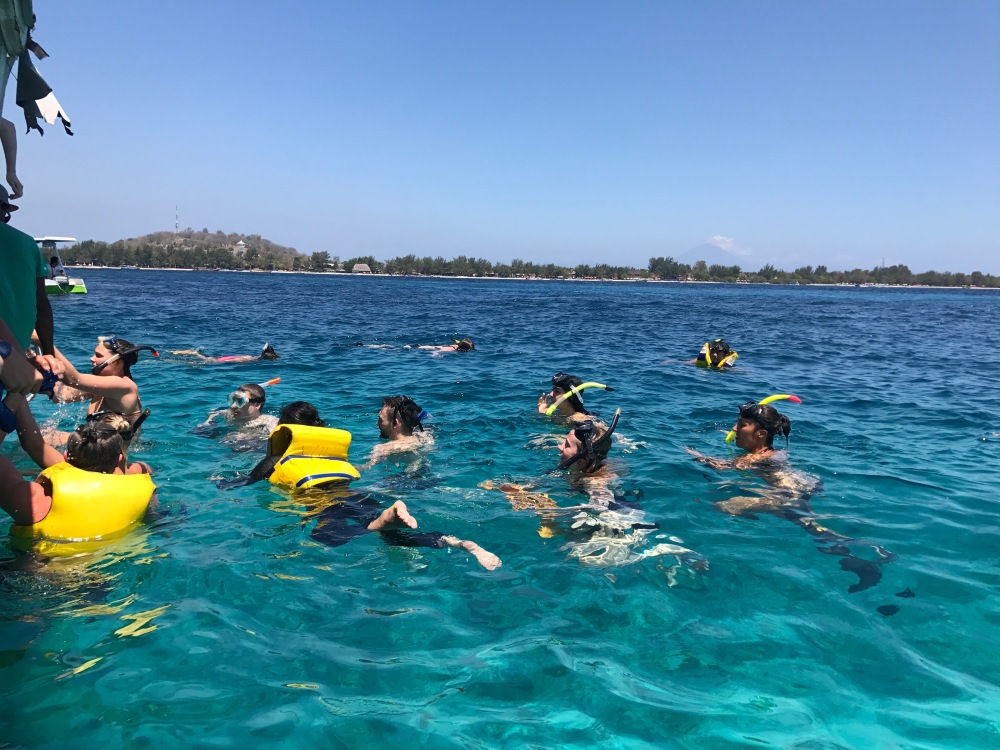 After a long day of snorkelling it was back to dry land and time for a coconut as we went back to the beach for sunset. 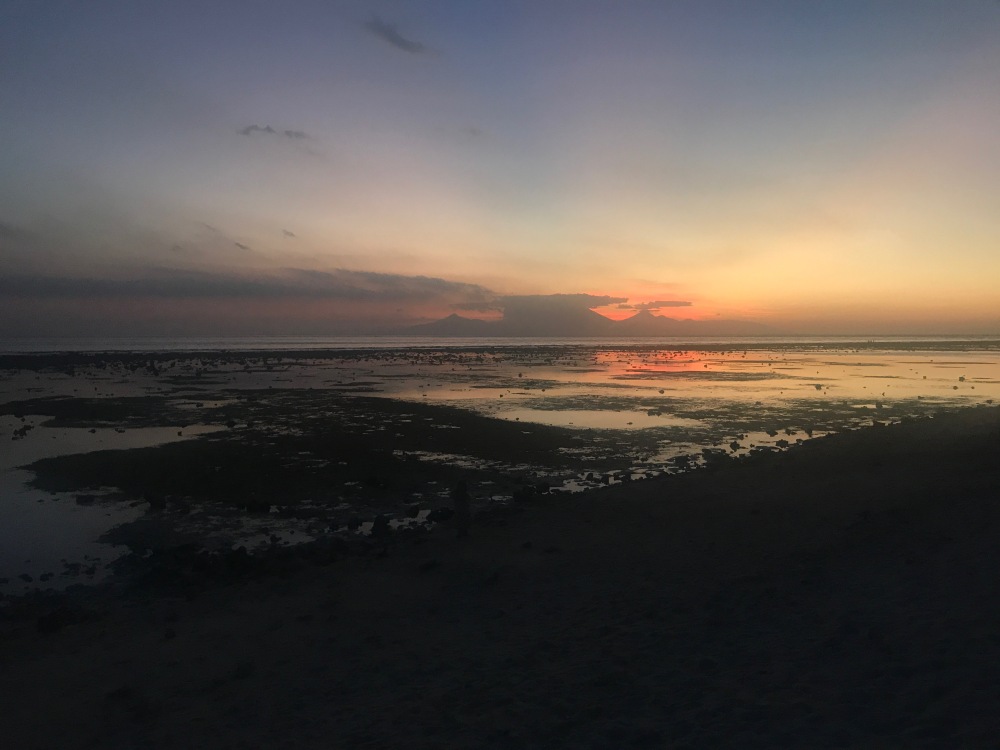 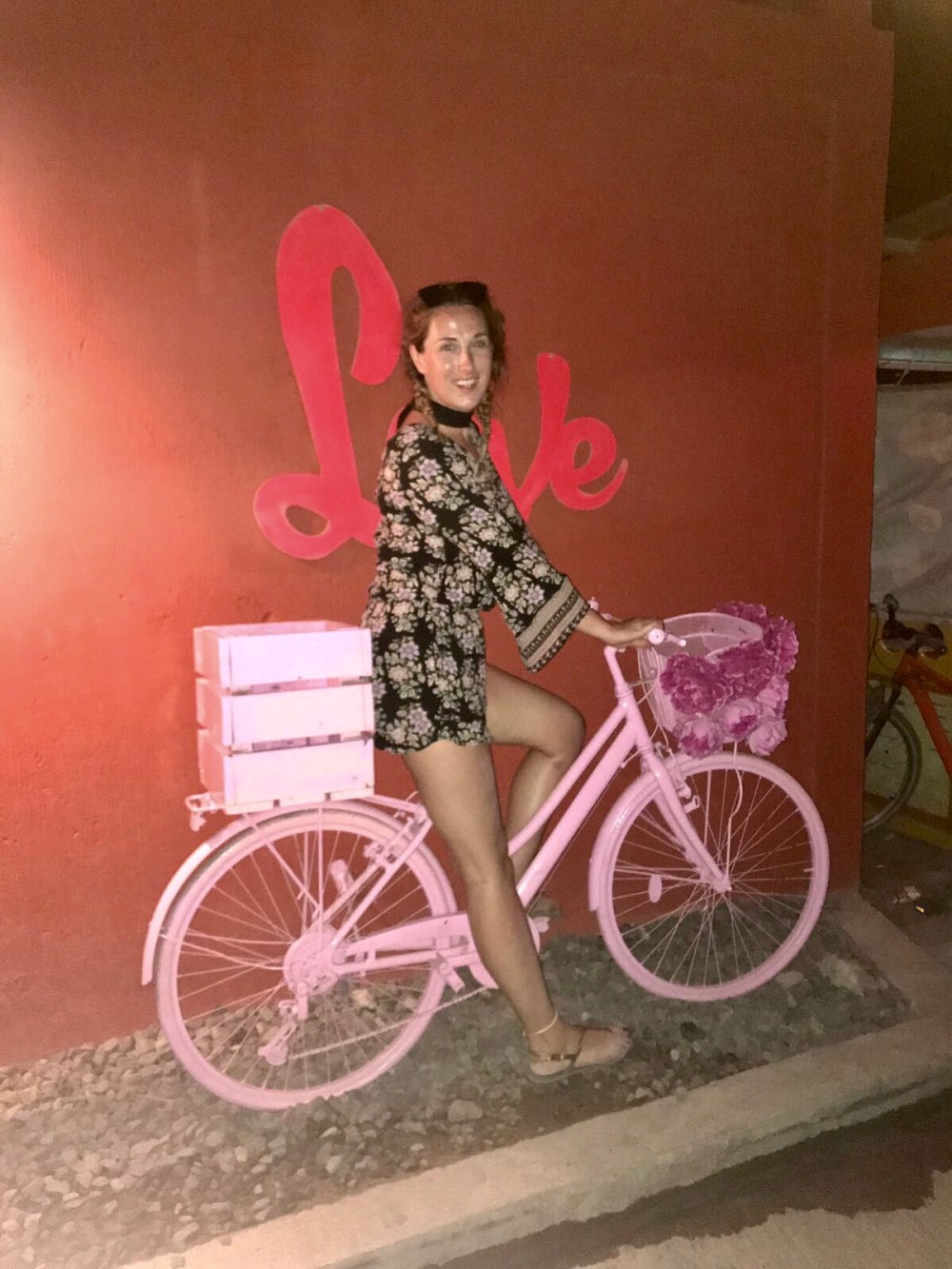 A lovely day, followed with an equally lovely dinner for our last day in Gili T. The next morning it was a large breakfast before getting back on the boat to mainland Bali and onto Kuta. 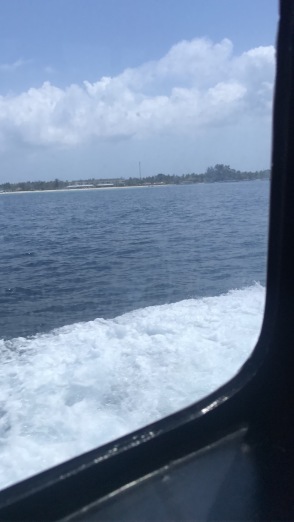