I was originally meant to be going to Kuala Lumpur in Malaysia and it was a destination I’d been looking forward to as it was somewhere new, and there was plenty of things I wanted to do there. However the day before the flight I checked my roster to see I had been pulled off the flight due to light loads and given four days of ‘Can Use Reserve’, which is essentially reserve however you’re not on reserve month. I was constantly refreshing the page anxious to see where I would be off to, only to see they were sending me straight back to Copenhagen again with a lighter load than KL… what are the chances out of all those destinations?! Anyway, I managed a short 90 minutes sleep before the flight this time so I was pretty tired on the way over and wondering if I would actually even go out when we landed or just go straight to bed? 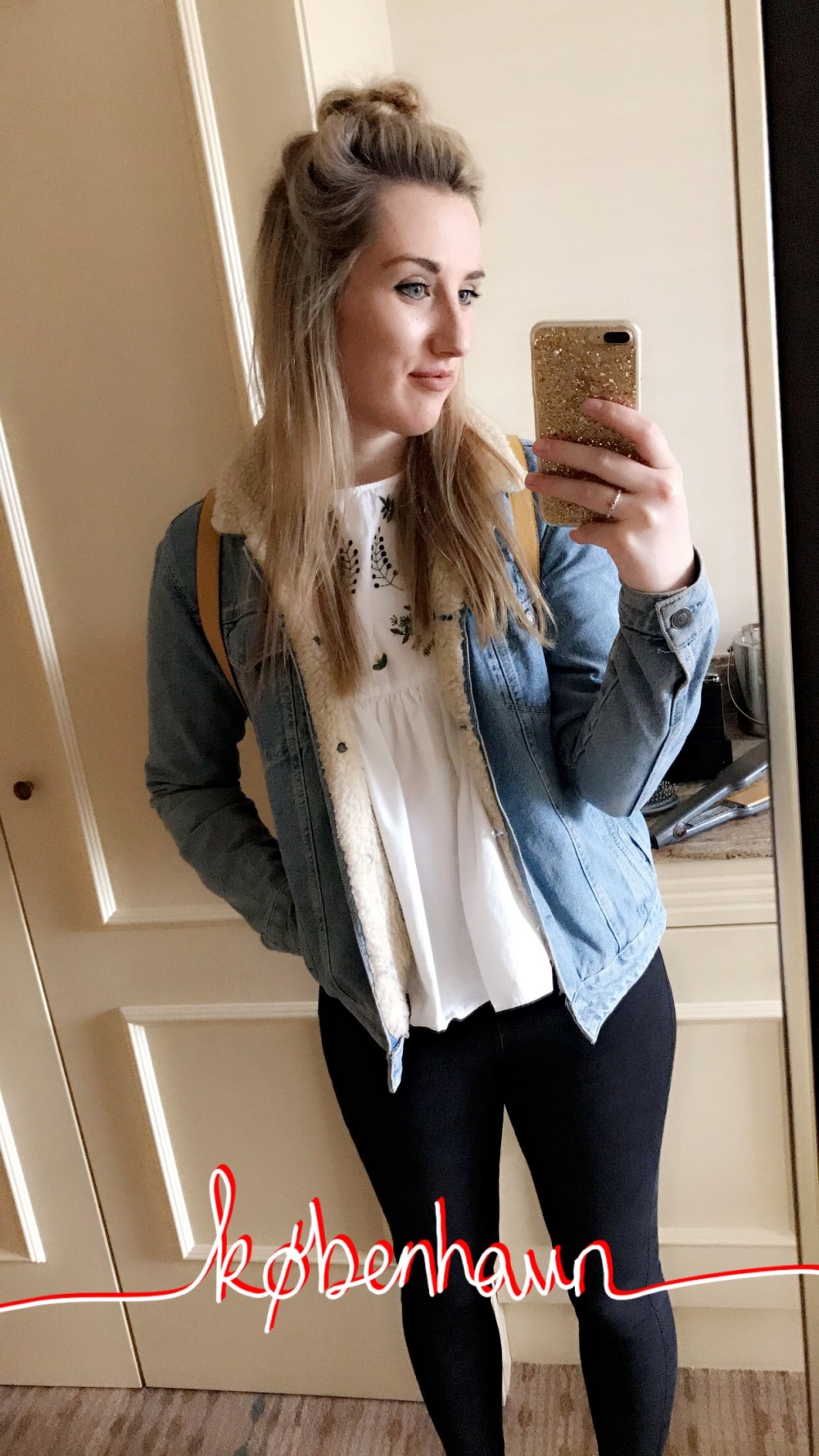 The crew over were fab, and I was actually flying with a girl Mable who had also just done Copenhagen with me so a few of us decided to rent bikes and cycle up to the Little Mermaid and stop at the Food Market again for some fabulous food and drinks once more.

The cycle took around 25 minutes and was one straight line right up along side the river. The weather was chilly and a little cloudy but cycling soon warmed us up and it was a picturesque route with the trees in blossom as we cycled past. I’d been told the Little Mermaid wasn’t amazing but I thought after this trip I probably won’t return to Copenhagen so I may as well tick off the touristy things to do. However, upon arriving aI was confused at why so many people were stood at this statue…  as it was so tiny! There really does need to be an emphasis on LITTLE mermaid!

Taking a different route back we cycled through a quaint park with a small church against the most beautiful backdrop with a glorious fountain out the front. I can imagine it be really nice to have a picnic here in summer, but even just stopping and taking a picture we were soon getting really cold and wanting to head back in.

With our stomachs rumbling and freezing cold hands we thought it would be best to go to the street food market for food and drinks, I shared the loaded pulled duck fries as they were just so good last time and then had a sushi platter with edamame and gyoza washed down with the tastiest cloudy apple cider.

Struggling to keep my eyes open any longer after my tiring day and lack of sleep the night before, we cycled back to the hotel where I crashed out for 15 hours. Solid effort is that, isn’t it?

A lovely layover which turned out to be great heading back as I had left my phone charger and world adapter without even realising so I collected those too! Back to flying again in the morning and I’m heading to London Gatwick which I’m looking forward to , as I’m spending Good Friday with my family.