It was back to work for me after my lovely two week break and I was returning to the Philippines, but this time to Cebu and Clark! I’ve asked for this multi sector trip many times but no such luck, so I was very pleased when I saw that I would finally be visiting. We departed Dubai at 3am and it was 8 hours and 45 minutes over to Mactan-Cebu International Airport.

Landing at 15:30, we made the journey over to the hotel to check in. A few crew were meeting downstairs for dinner, but as I hadn’t managed to sleep before the flight I passed  up on the offer and said I would see them at 2:45am for our pick up to go to the Kawasan Falls. I got up to my room, ordered a local dish from room service, which I wasn’t overly keen on and went to sleep with my alarm set for 2:15am.

Waking up the next morning, I wouldn’t say I felt fully rested waking up at that time of the morning, but I was more than ready to head to the falls. The drive over there took around 3 hours, but it was definitely worth it. Upon arriving, we walked for around 20 minutes through what I can describe as the set of what felt like Tarzan until we reached the fall. I was wearing flip flops (probably not the best footwear choice) and there were so many biting ants over the floor that whenever I stopped I could feel them pinching my feet. 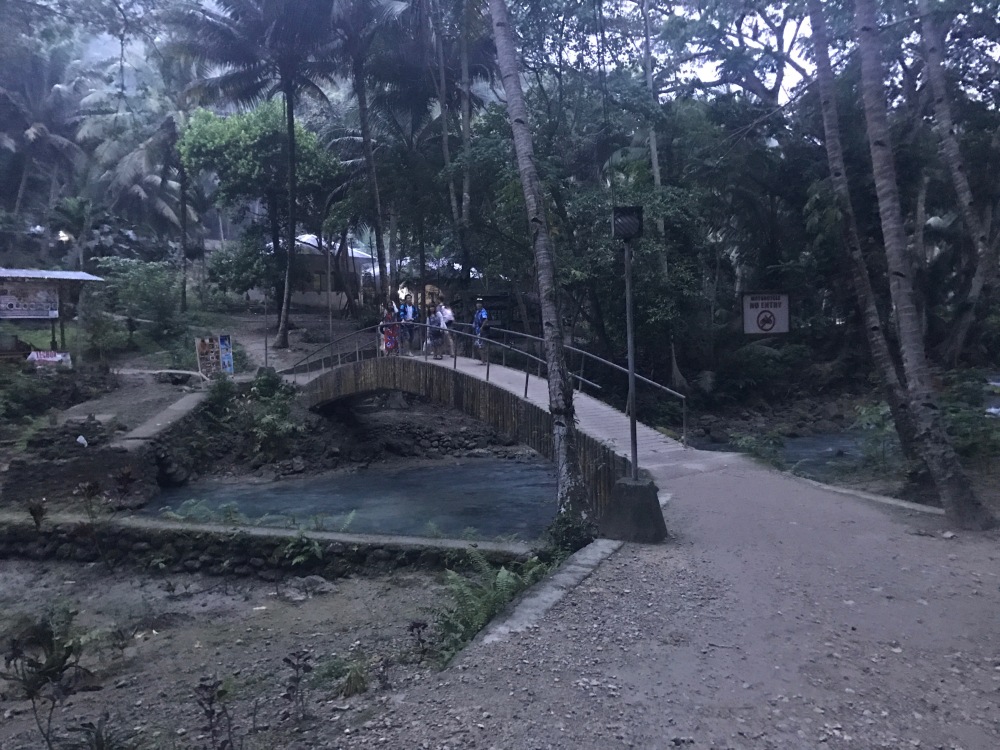 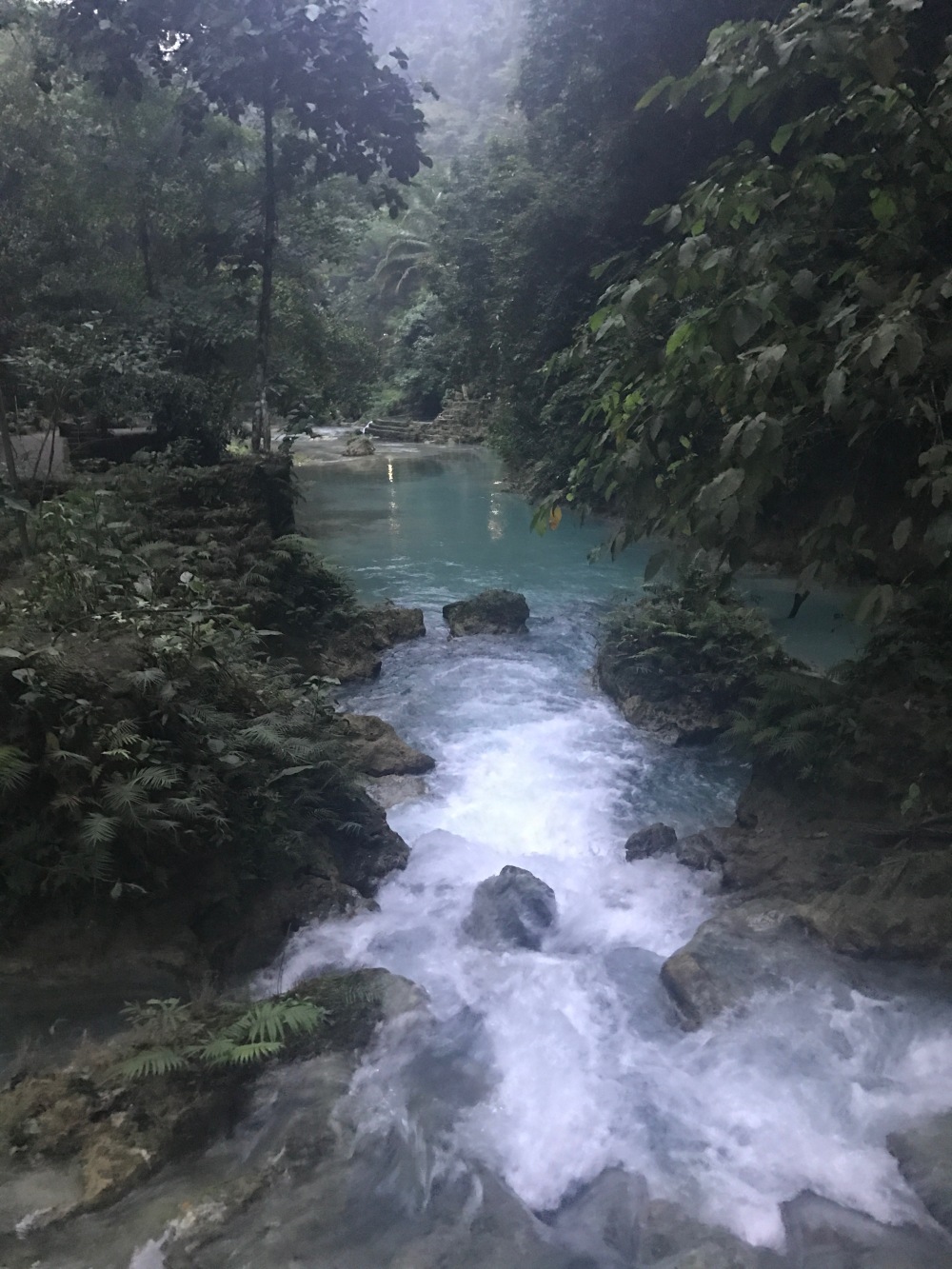 The sun was finally beginning to rise and all eleven of us (yes we managed eleven crew for this trip) were at the completely breathtaking falls. If you keep up to date with my blog, you’ll know that I said that in Phuket was the bluest waters I’ve ever seen. I’d like to now retract that statement as here is the bluest waters I have ever seen. Absolutely stunning. 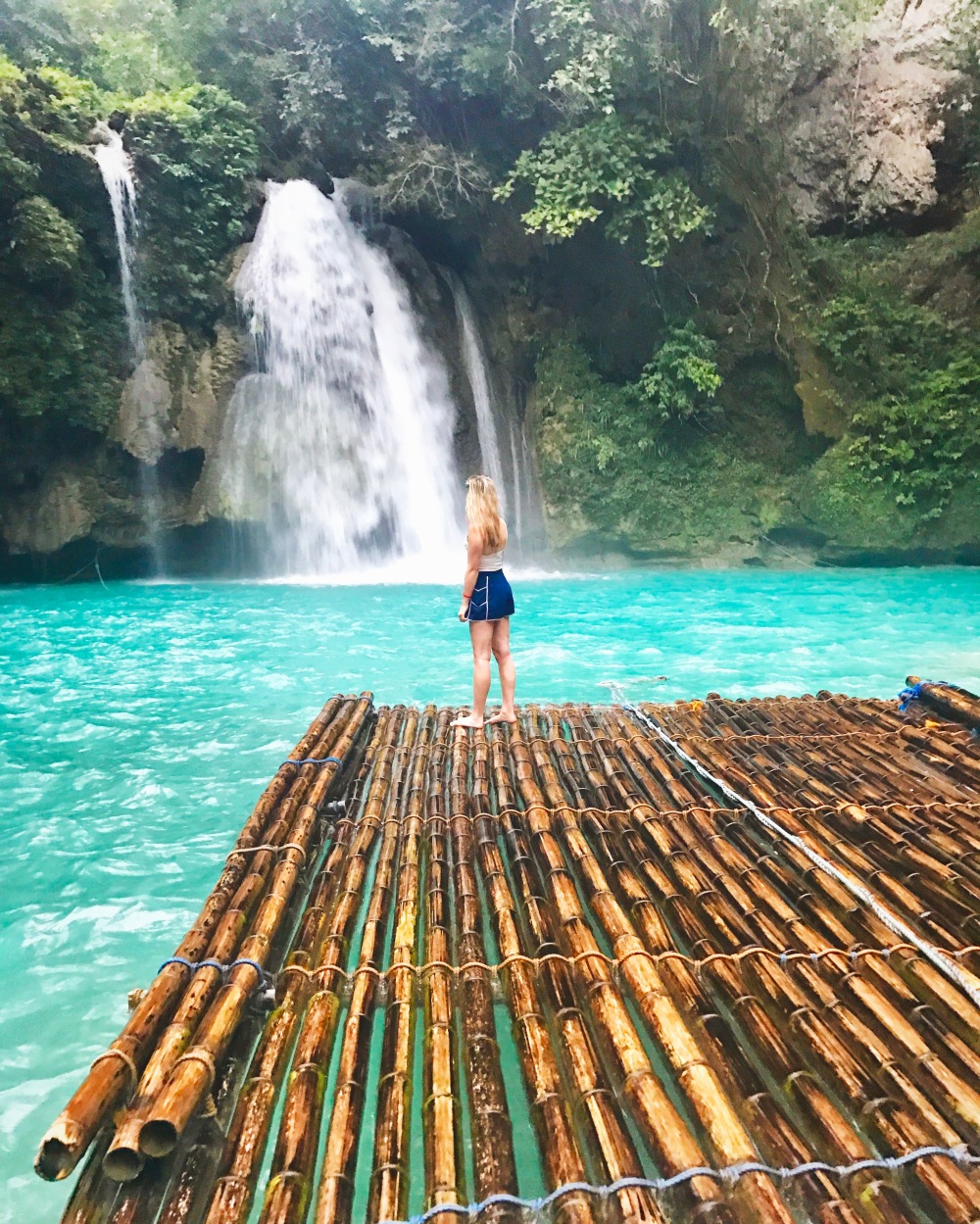 The bamboo raft that we were all sat on was then pushed out right over to the waterfall itself, where we were completely soaked and had chance for a few photo opportunities. The tour guides said to go and lay flat under the waterfall as it feels like a nice massage. Except, it was honestly the most painful thing in the world. The sheer force of the water coming down was so powerful, they I actually had instant bruising across my legs from being pushed into the bamboo raft… I was seriously confused as to why they even suggested us doing that?! 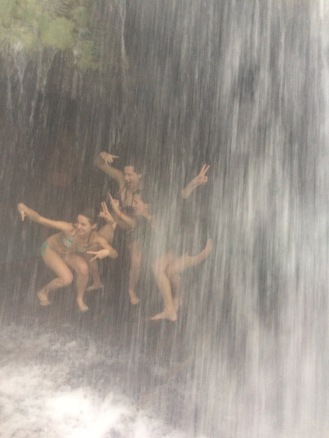 After messing around on the raft and in the waters, we hiked further up to the next set of the waterfall where you can jump in. I thought I would be able to do it, but when I got up it was so high (and as I’m scared of heights) I chickened out. 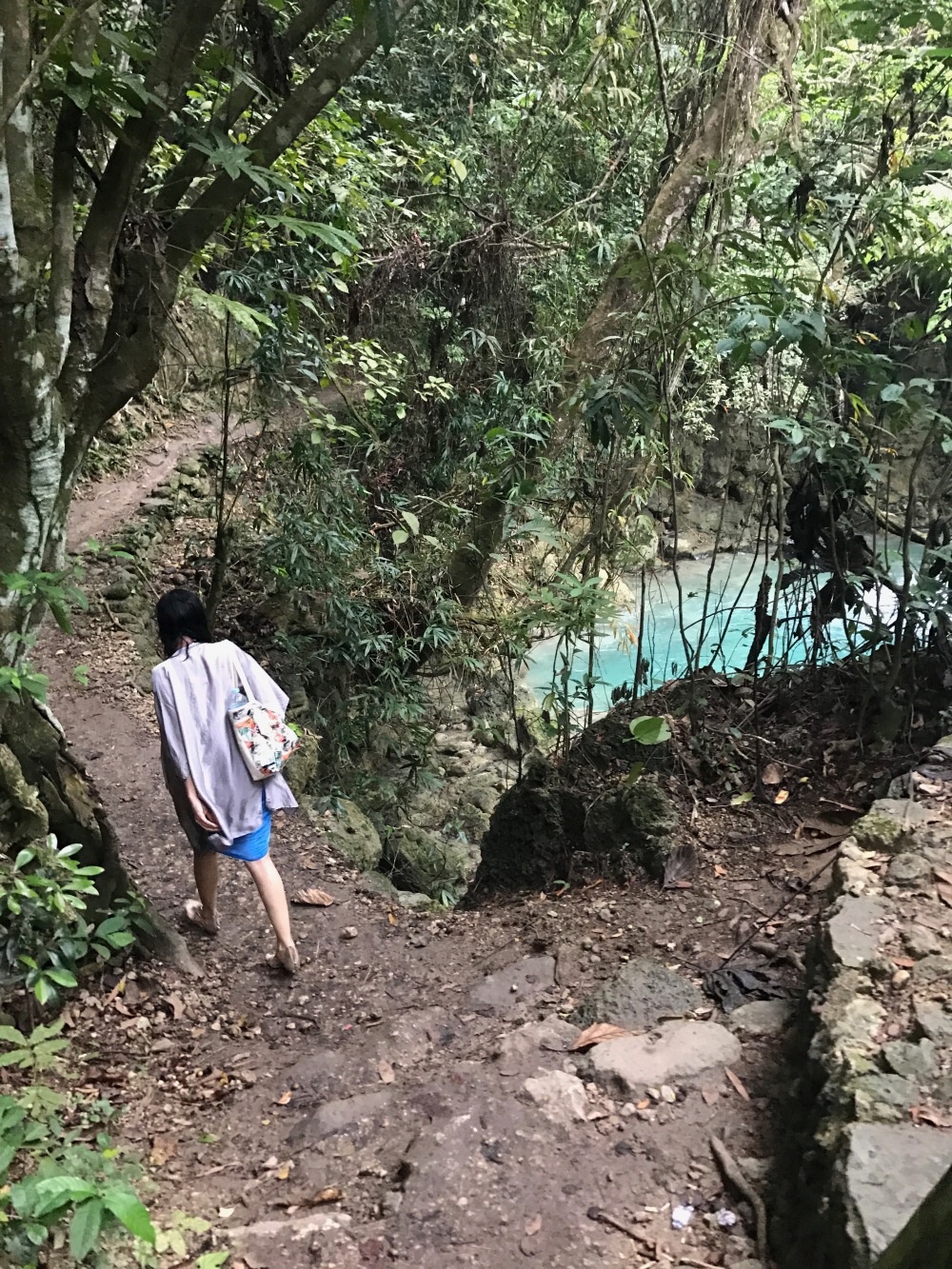 For some reason I didn’t manage to take a photo of the second fall, only a video, and as it is of me going up there and wimping out, I don’t think I’m going to post that here… haha. It was now 8am in the morning and our day was coming to an end, can you believe? So we trekked back down to the bottom and jumped in the minivan to go back to the hotel and have a quick nap and shower before the flight. Not before stopping for a cheeky McDonalds breakfast though! What are we like!

After a 90 minute nap, I received my wake up call and got ready for the quick 49 minute flight over to Clark. After such a long and tiring flight we would definitely be needing a layover there… I definitely am not complaining. The flight over was almost full and completely none stop being so short with a service to deliver. But next thing I knew, I was on the coach to the hotel ready for a nice 24 hours in Clark. Another new city to tick off.

A lot of the crew had agreed to go to dinner, and one of the guys from business class had recommended a great place for local food and arranged a taxi for us.

The food was great and we piled around a table ordering lots of different dishes. I couldn’t believe how cheap the food was here and I had (not just for me, I shared) crispy squid, vegetable chop suey, picked vegetables, barbecue pork ribs, shrimp fried rice and two beers all for the equivalent of £9!! I couldn’t believe it! The food was great and we spent a couple of hours in the restaurant before myself and a couple of others decided to continue on the evening in a bar close by. 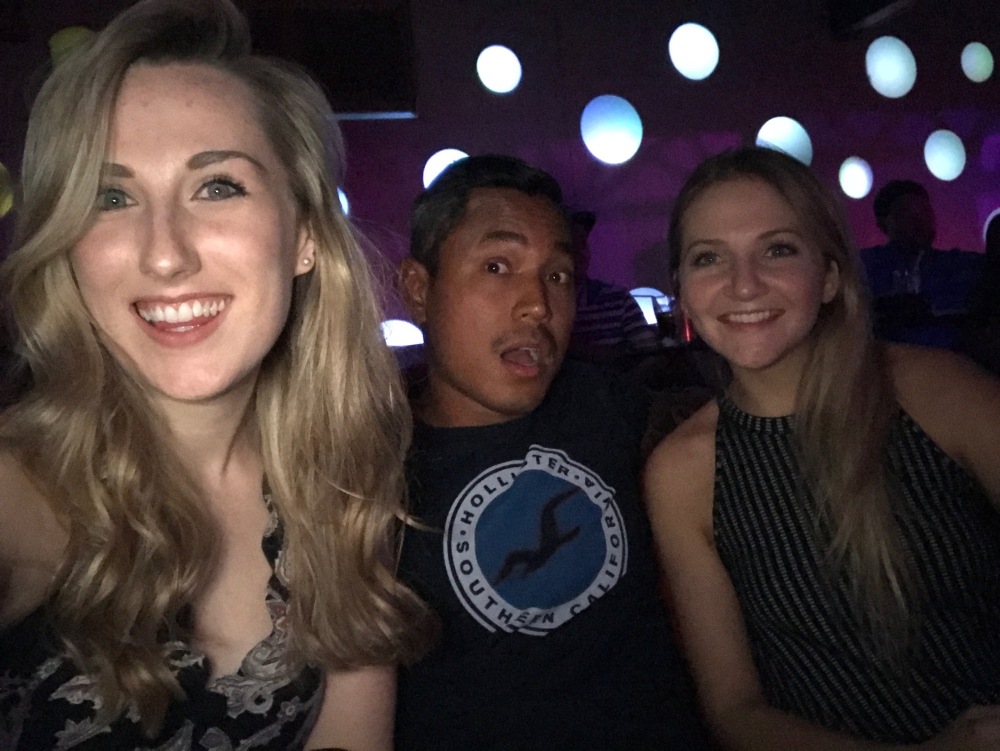 What was described as a bar, was actually more of a show where Lady Boys were performing a variety of songs, and man did they have some amazing voices! As myself and the other girl Hannah looked incredibly different with our pale skin, blonde hair and blue eyes, they kept dragging us up on stage to sing and dance, we had such a fun night!!

The next day, didn’t really consist of much except sleeping. I had wanted to go to the hot springs, but it was really quite expensive and the majority of the crew were happy to just sit by the pool as we had a really nice hotel, so I slept through to the wake up call knowing it would be a long night flight back to Dubai. 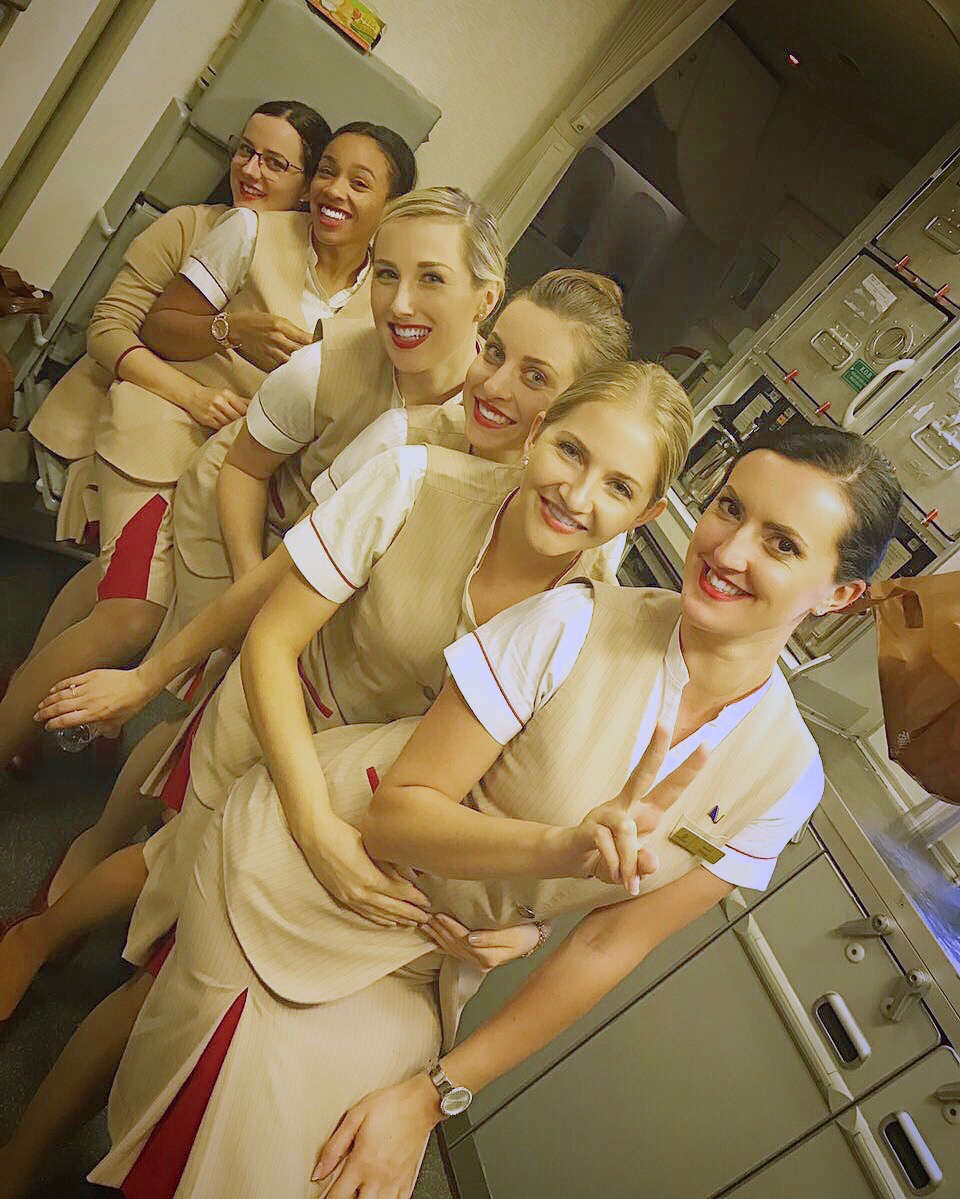 I had the best trip with such a fun crew, I haven’t that much fun on a trip in so long which made the beautiful Philippines that little bit better. My next two trips are to the UK where I am catching up with friends, so I’m a little unsure whether I’ll write on them, if not the next fun destination for me to write on is Orlando, WHICH I CANNOT WAIT FOR!