I’ve just got back from a 5 day trip with work, bit of a lie it was on the 23rd but I’m on leave currently so I’m only just getting round to writing this. I haven’t done a multi sector since my very first month of flying so I’d forgotten a) how tiring it was and b) how long you’re actually away from Dubai for! Anyway, I’d been looking forward to this trip to catch up with a few of my friends, so the 14 hour flight over to Kinsford Smith Airport in Sydney felt like it took a while, especially as I couldn’t fall asleep in crew rest cause it was SO cold despite having two blankets and my hot water bottle.

Landing at 7am, we went straight over to the hotel for check in and I got changed into something cooler whilst waiting for my best friend Kitty to come over. Kitty has been travelling for the past 9 months and has kind of settled in Sydney, so it was great to be able to catch up. Ss the last time I saw her was on my layover in Bali (read up on my post here). We decided on going for brunch in Circular Quay where we sat in the sunshine people watching and catching up.

The weather wasn’t meant to be great so we were a bit more wrapped up for the rain that was forecast, so before we started our day properly we made our way back to the hotel via the Opera House and Royal Botanical Gardens to get changed into more sunshine appropriate attire. 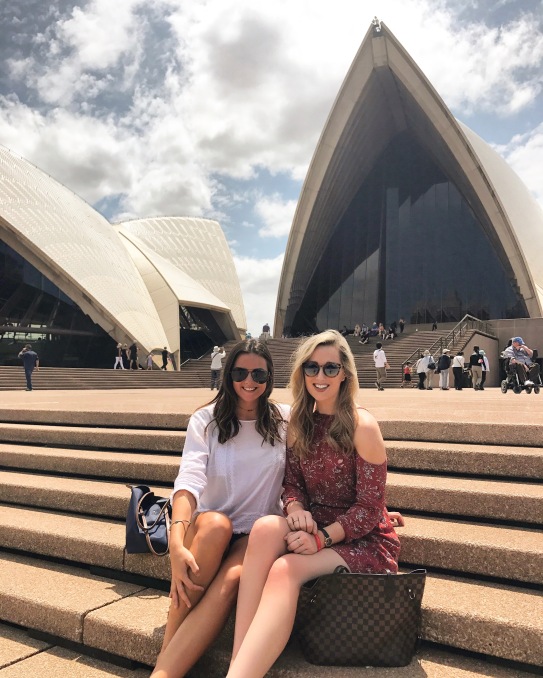 We had decided on doing the Coogee to Bondi coastal walk as I hadn’t done it before and it was such a nice day, it seemed like an obvious choice. So we took the bus over to Coogee as its only $2.50 unlimited travel on Sundays. 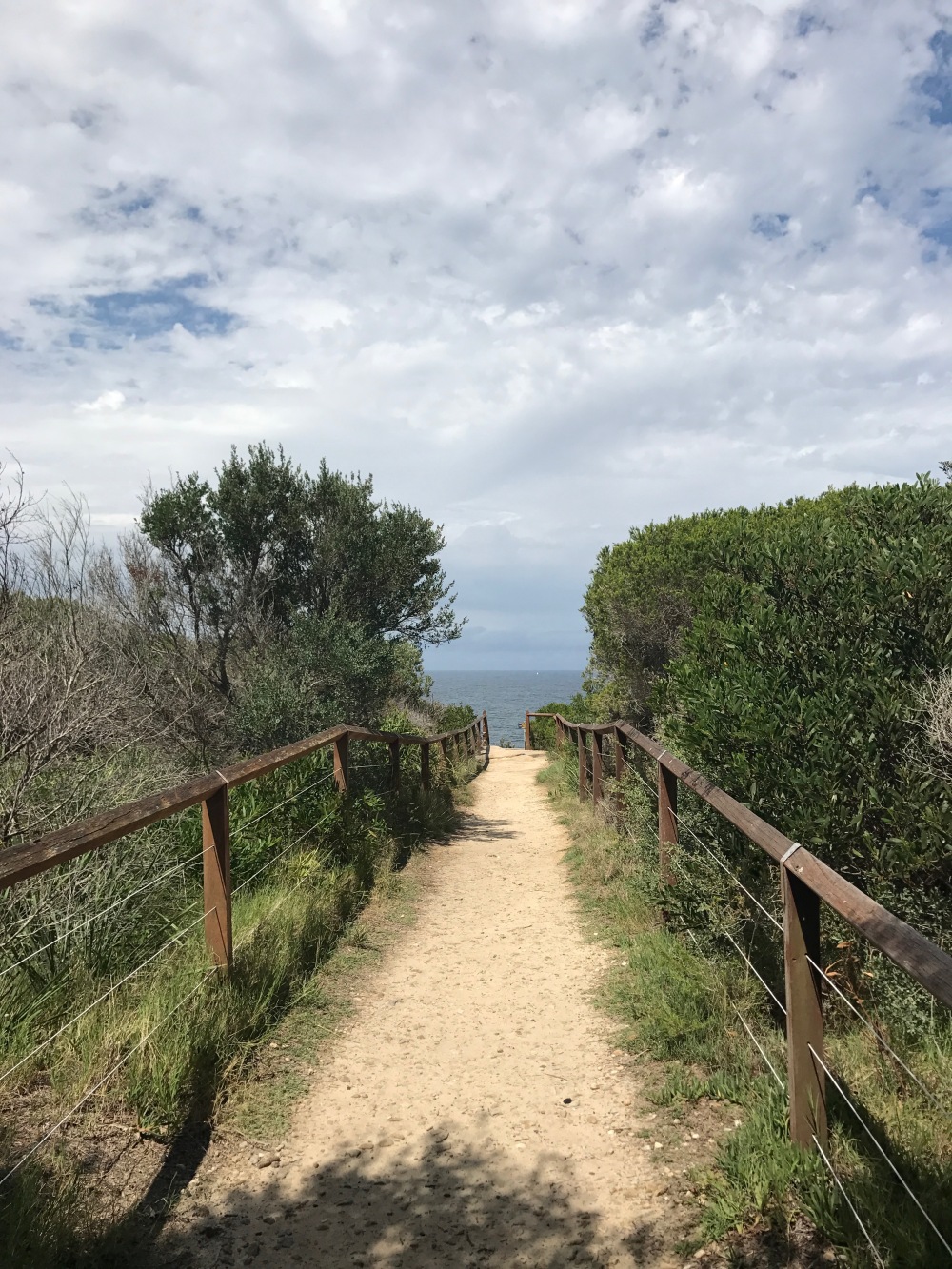 The coastal walk is 6km long and is honestly beautiful. I thought I might find it a bit tiring, but it took us around 90 minutes and it really didn’t feel that long. The path is rather undulating, but not a difficult walk so I recommend it to all ages and abilities. There were people in gym gear running and walking, but myself and Kitty were in casual dress and sandals and were completely fine. 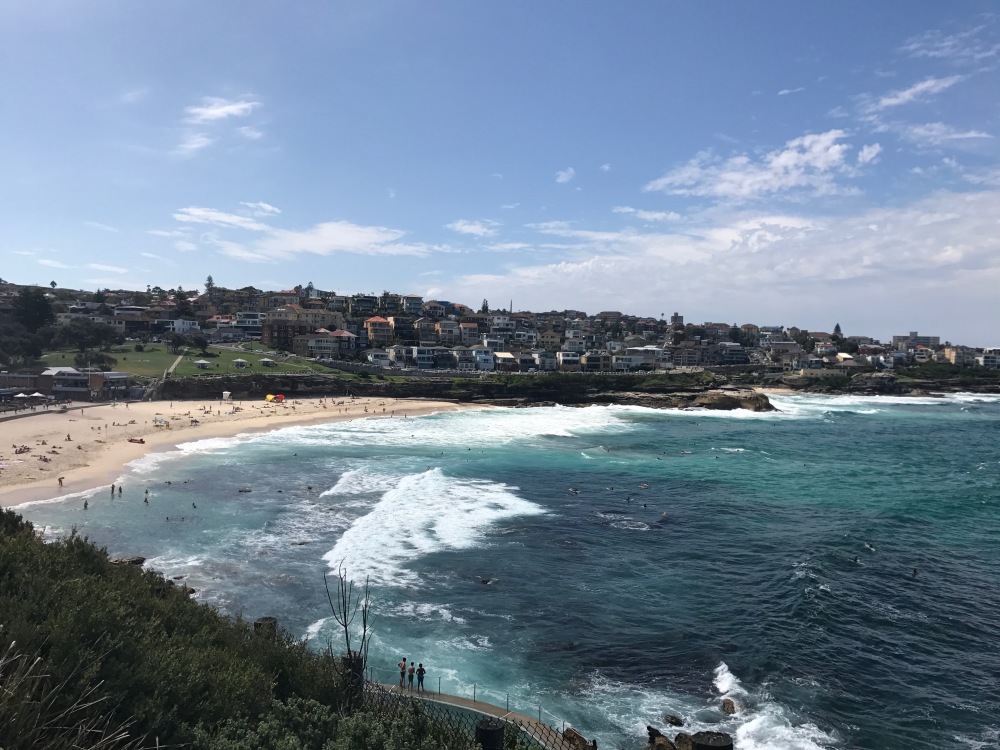 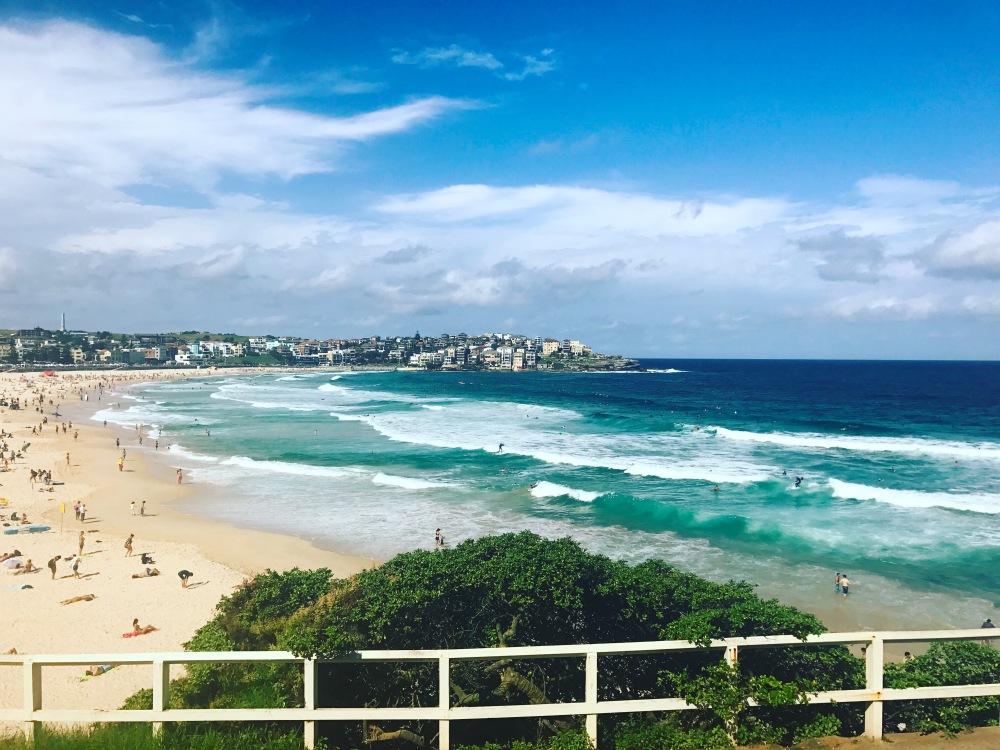 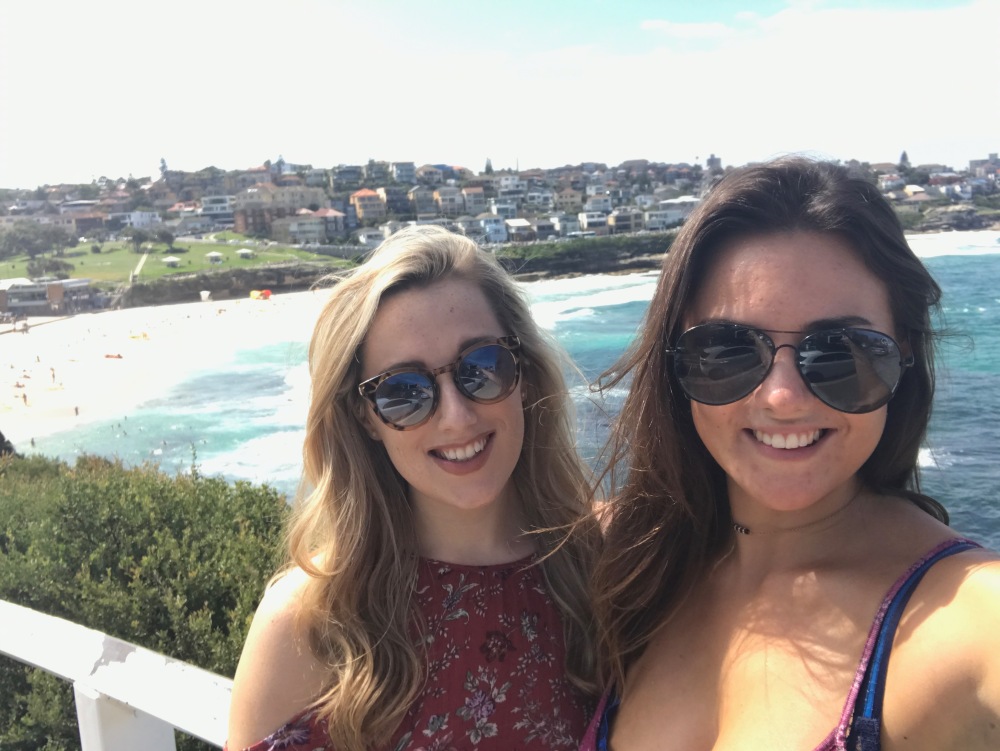 When we arrived at Bondi there was some kind of skateboard event going on so the area was absolutely packed out. There were big screens up so we could see what was going on and also little planes doing tricks and loop-de-loops in the sky, it was lovely to watch. After working up an appetite from our long walk, we headed over to Watson’s Bay for dinner. 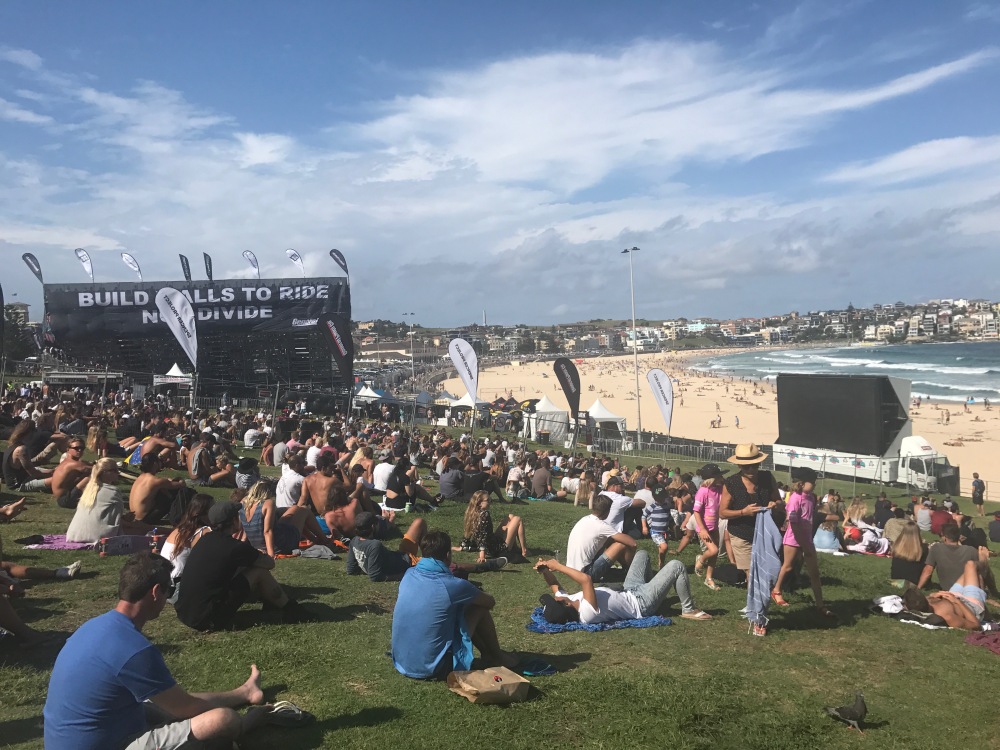 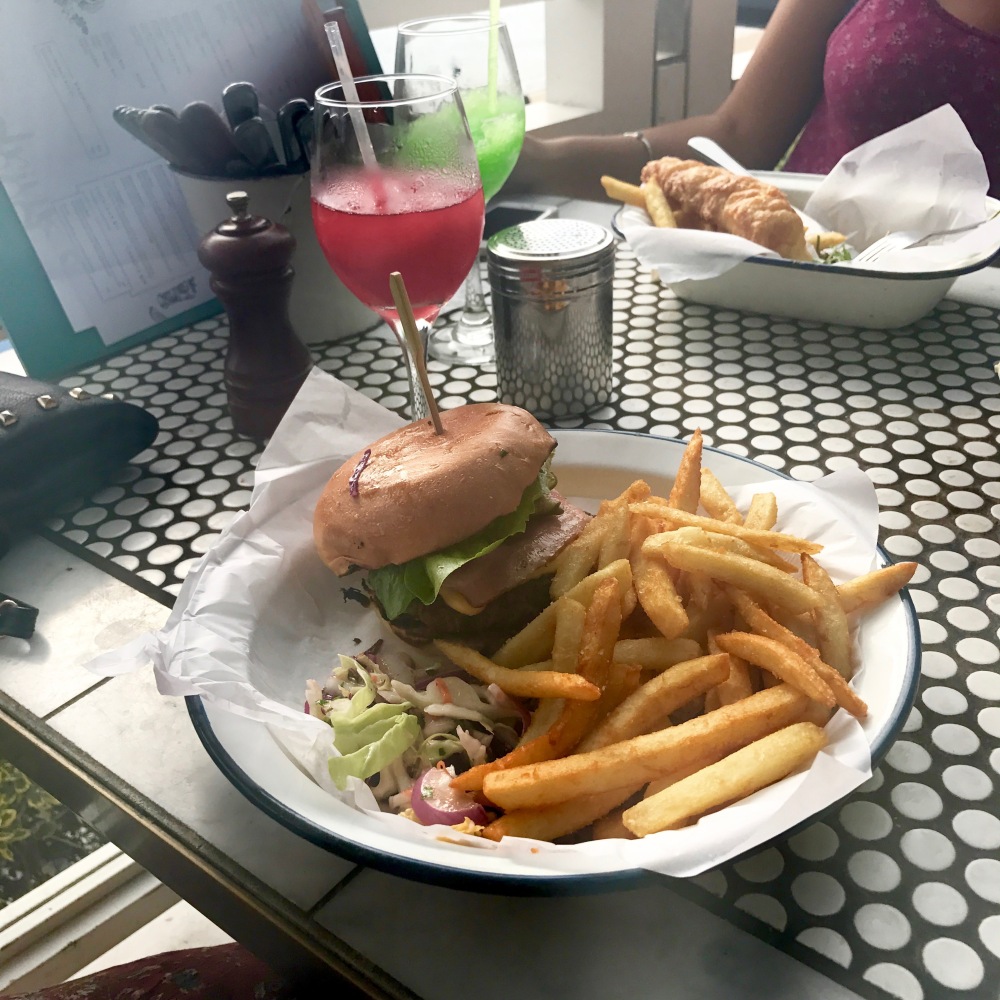 We opted for a placed called the Beach Club at the Watson Bay Hotel which had lovely views of the harbour with all the boats, and a great atmosphere. We struggled to find a table it was that busy, but we eventually found one tucked away in the corner and I opted for the burger whilst Kitty went for the Fish and Chips. You can take the Brit of England, ey?

After this I was so exhausted from my 14 hour flight over without managing to sleep in the CRC and my long day that I was beyond ready to crash out into bed before the next flight on to Christchurch (which I’ll write about in a separate blog post).

Day 2 of Sydney, I landed at 8pm on Tuesday night where I had arranged to meet with my friend Sophie who’s from Sydney and a couple of the boys from home as they were also travelling there. We’d arranged for a bit of a night out which Kitty joined in on too, so it was great to have friends from all different friendships groups for a catch up at the other side of the world.

Waking up the next morning, Kitty’s parents were also in Sydney visiting her as it had been 9 months since she left home, so we arranged meet up for a coffee before me and Sophie spent the rest of the day on the beach.

We went to Sydney Rocks which is quite a cool and quirky area, which apparently gets rather busy and bustling with markets and we sat in the sunshine chatting away before myself and Sophie said our goodbyes and drove over to Palm Beach.

The drive over took just short of an hour and took me to a new area of Sydney I’d not yet visited. The beach was so beautiful and picturesque, so much so that I only really managed to take one picture of where we sat for lunch! Anyway, as we pulled up into the parking lot there were a lot of trailers around and huge gazebos up with people eating lunch. As we walked past to go to the pay and display machine, I made a comment about how yummy the food smelt that was being made out of this truck. Only to realise it was a large majority of the cast of Home and Away that were up on the beach for filming!! I love a good celebrity sighting…

At this point it was getting rather late and I needed to get a few hours sleep before the long flight back to Dubai, so instead of going on the beach we did a more scenic coastal drive back to the hotel.

Thanks for a great trip in Sydney everyone. It’s always a blast getting to catch up with friends on a layover, and I had fab time. Stay posted for what I got up to in Christchurch in between my two days in Sydney.