First of all, apologies on my lack of posts recently. In my previous post, I said that I had changed my turn around flight to a layover in Birmingham which I had been really looking forward to. However the day before I was due to fly, I checked my roster to see it had been changed to Manchester. So it was back home again for me! That’s three Manchester flights in twenty days. I’ll be invited to the Manchester Airport Christmas party at this rate. So there wasn’t really much to write on as I just went out for dinner with my family and saw my grandparents.

Anyway! Back to what I think may have just snook right to the top of my favourite destinations with Emirates. We departed Dubai at 4am landing into Cape Town International Airport at 11:40 that morning. Heading over to the hotel we had decided on going to the Cape of Good Hope and Boulders Beach to see the South African penguins. We met downstairs in the lobby at 2pm and drove over to the cape.

The drove over took just short of an hour before we pulled into the National Park. The scenery in Cape Town is absolutely stunning and I couldn’t stop staring out the window  to admire it all. We also stopped a couple of times for photo opportunities.

We parked up the two cars at the Cape of Good Hope which is the most South Western point in the African Continent and is also where the Indian Ocean and Atlantic Ocean meet. On really clear days you can see where the two oceans merge with a line in the sea.

You can then hike up to the viewing point from the top of the cliffs. I didn’t have the most suitable shoes on and it was so incredibly windy that you could genuinely feel the wind pushing you along, so I didn’t get quite to the top but the views from where I got to were still amazing. The ocean was so so blue I love it. Back in the UK the sea is such a murky horrible colour so I’m really appreciative of the colour of the waters around the world. 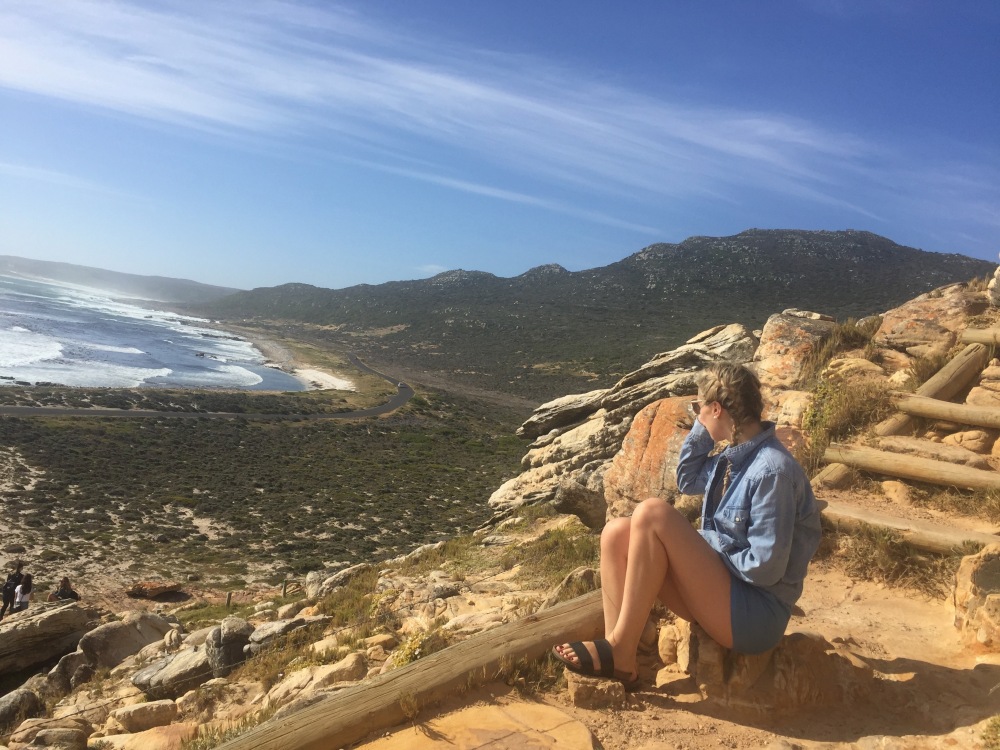 Clambering back down and at one point I genuinely thought I was going to be tumbling down the hill due to the wind and unstable rocks, but back down safe and sound we got back into the cars and we made our way over to Boulders Beach.

There were so many penguins there, I knew there were going to be a lot but I didn’t think there would be that many!! I wish I could have gone down to their level and had a little cuddle with them, but it was nice to watch them in their environment. 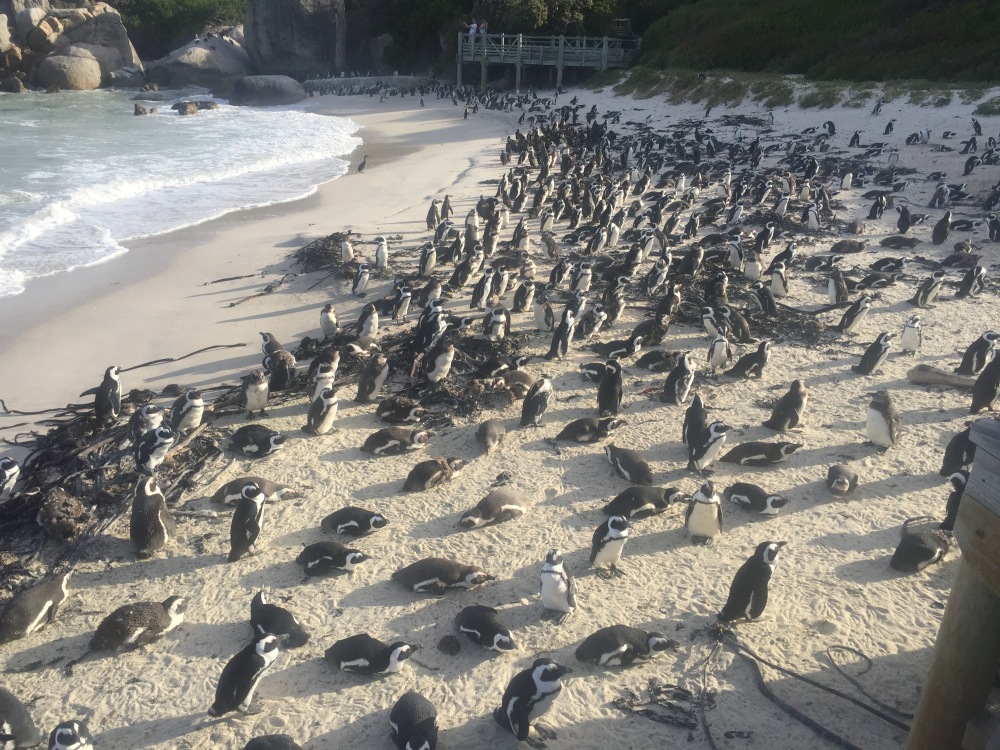 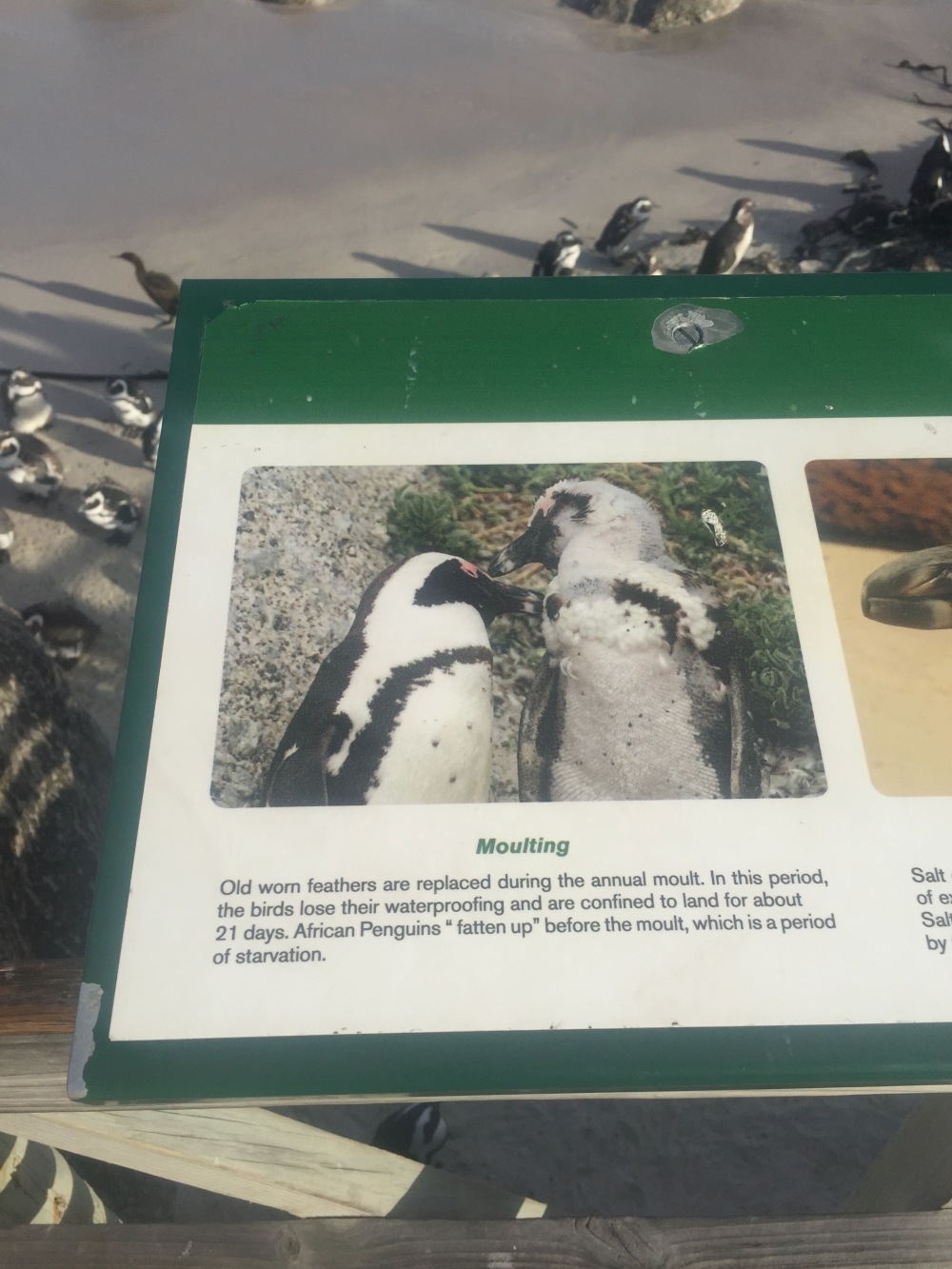 After this we were the going down to the Waterfront to meet a few other crew for dinner and to also visit Cape Towns impressive waterfront. The drive back took around an hour again, and we stopped once more for a photo opportunity with the stunning back drop of the undulating scenery that also captured the picturesque waterfront with the boats. 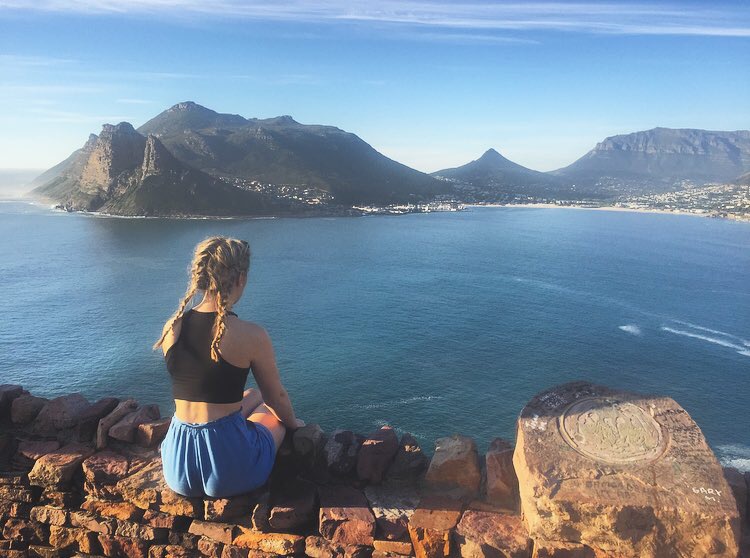 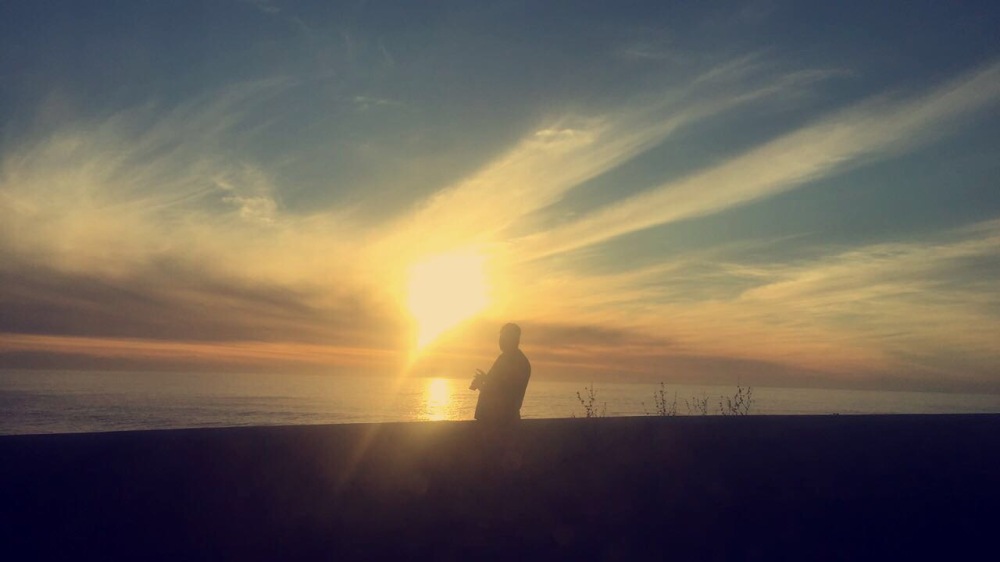 For dinner we chose a place called Quay Four where I had the mussels to start, steak for main and a few glasses of wine. When in South Africa, ey? Wouldn’t really recommend though as I asked for a rare steak and it came well done. What a way to ruin a steak. 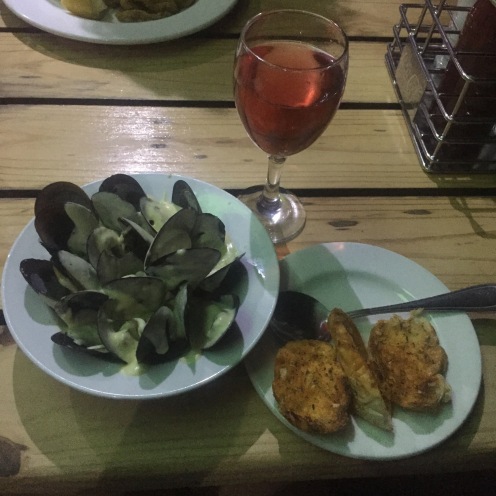 It was getting late in the evening and we had all been up a long time with early starts for the flight so we were all more than ready to get back to the hotel and collapse into bed before our wake up call in the late morning.

Cape Town is one of the most naturally beautiful places I have ever seen in my entire life and there is so so much to do here. I can completely understand now why so many people fall in love with Cape Town once they visit, and it’s now definitely on my holiday/vacation list so that I can experience everything it has to offer.