So my only turn around of November was to Bahrain, however someone sent me a swap for Munich and I couldn’t click accept fast enough. I’ve flown into Munich a fair few times as a passenger when I’ve been skiing with my family and we would drive across to Austria. But for the amount of times I’ve flown into Munich, I’ve never actually seen the city so I was looking forward to some cold weather, a Christmas market and a bowl of my favourite german soup. It was a late departure of 16:05 for me, I’m usually always on an AM flight rather than PM and it was a short 6 hours over to Flughafen München. Landing in the evening I thought would be a perfect time to go to the Christmas markets, however by the time we had actually got to the hotel and checked in the market was closed so I went up to my room to quickly change and headed downstairs for a bite to eat and drink with a fair amount of the crew.

When I got downstairs there were already 12 of the crew down there with more coming, so I ordered a Weißbier a portion of Goulash Suppen and was chatting away with the crew in the incredibly busy hotel bar.

The next morning I woke up early and met some other crew in the lobby to go for a little sight seeing in Munich, or more rather just outside of Munich. We had decided on visiting the Neuschwanstein Castle which is up in the Alps and is what Cinderella’s castle is modelled on. The drive over took around 90 minutes and I slept the whole way as I was absolutely shattered. Before setting off, we also picked up two other crew from Singapore Airlines who would be joining us as well.

We paid for our tickets to have a tour of the inside of the castle and then walked up the hill taking in the incredible scenery around us but walking briskly to warm up in the seriously cold temperatures. 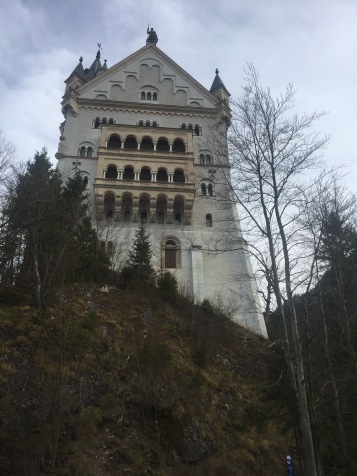 When we got up to the castle the walk ways surrounding it were closed for the bad weather, however our tour guide said it wasn’t snowing so she was confused why this was and we just hopped over the barrier to get to the suspension bridge that has great views of the castle. 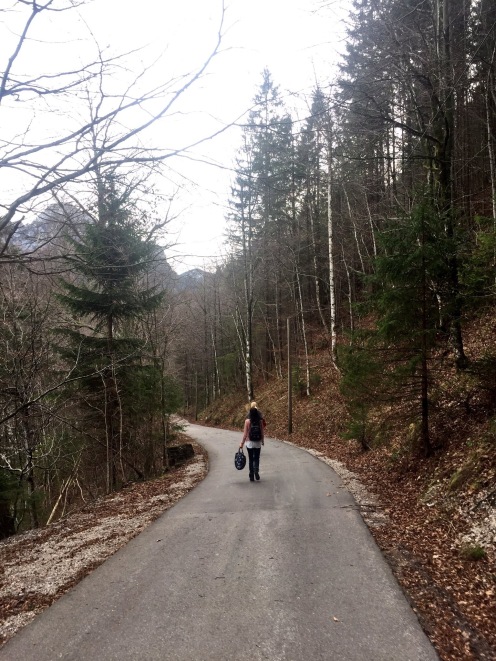 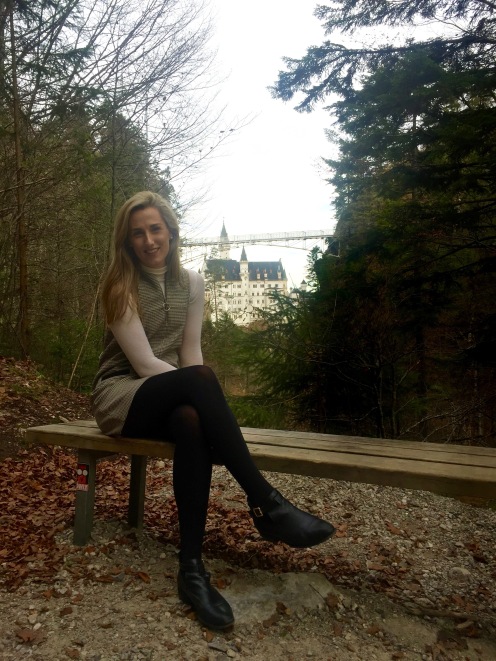 Although when we walked round there was actually a guard stopping access to the bridge, which you can see in the second picture above in the background. So we settled with a little bench picture and headed back to the castle in time for the tour. Pictures weren’t allowed inside the castle so you’ll have to visit yourself if you want to see, however what I can say is that the palace was decorated so decadently and inside the main ballroom was place for over 600 candles. Can you imagine having to be the person the light all those? The paintings and murals that lined the castle walls were so beautiful and colour and told stories of the life of the king. If I found the castle so amazing now, imagine how it must have been back in the 19th century. 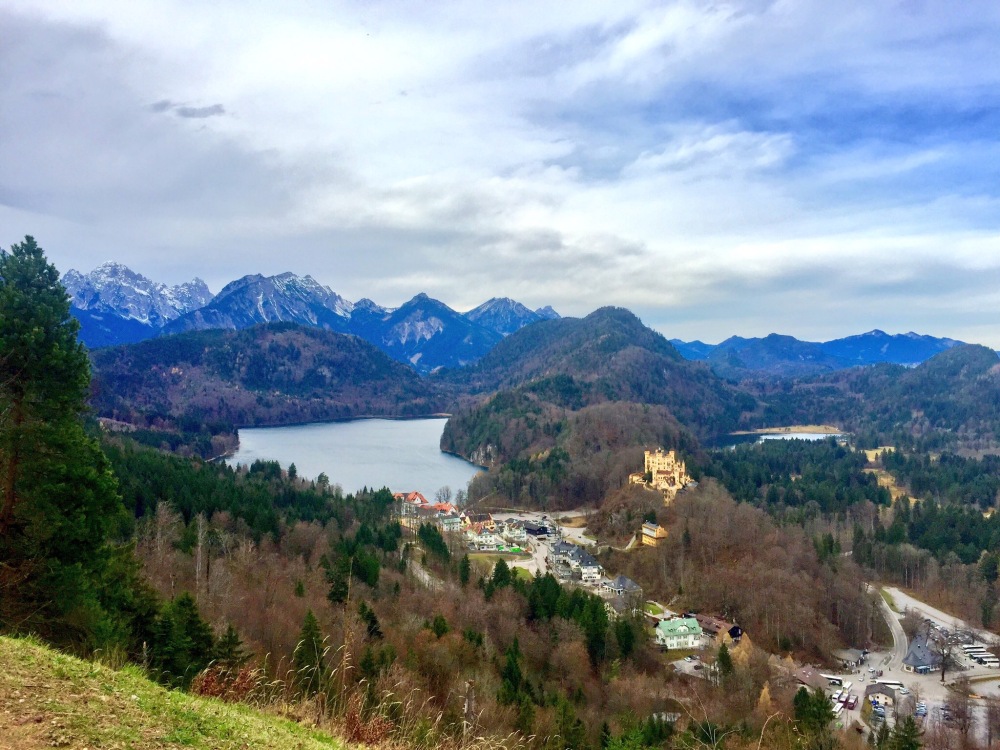 After the tour which took much longer than expected we were going to head somewhere for lunch, but with our wake up call looming we stopped at a supermarket to grab lunch and I stocked up on some Almdudler (my favourite german fizzy drink) for both myself and my sister back home and slept the drive back to the hotel.

A lovely layover in Munich, and such a beautiful castle to go and visit. Very happy with that swap from a Bahrain turn around to a nice layover instead! I’ve also flown back to Manchester again since this as I was on minimum rest between flights but I only had a night out with my friends and Sunday lunch with my family so its not really worth doing a post on. My next trip is to Birmingham in the UK! I managed to swap my Saudi Arabia turn around for a nice trip to the UK, so stay tuned for that! I seem to be doing very well with swapping my turn arounds lately, I haven’t had one since mid September!