I was on the 3am – 9am home standby again and just after 5am they called me telling me that I’d been pulled out for Hamburg! Another new destination for myself and I also couldn’t believe it wasn’t a turn around. How am I managing this? I quickly packed some weather appropriate clothes and got ready for work making my way up to HQ whilst it was still dark.

We departed Dubai at 9am landing into Hamburg-Fuhlsbüttel Airport at 13:45 that afternoon. Even though I was tired and when we landed we had received our rosters and I just wanted to sit on the swaps page, I powered through and met 4 of the other crew and went out into the city to explore. 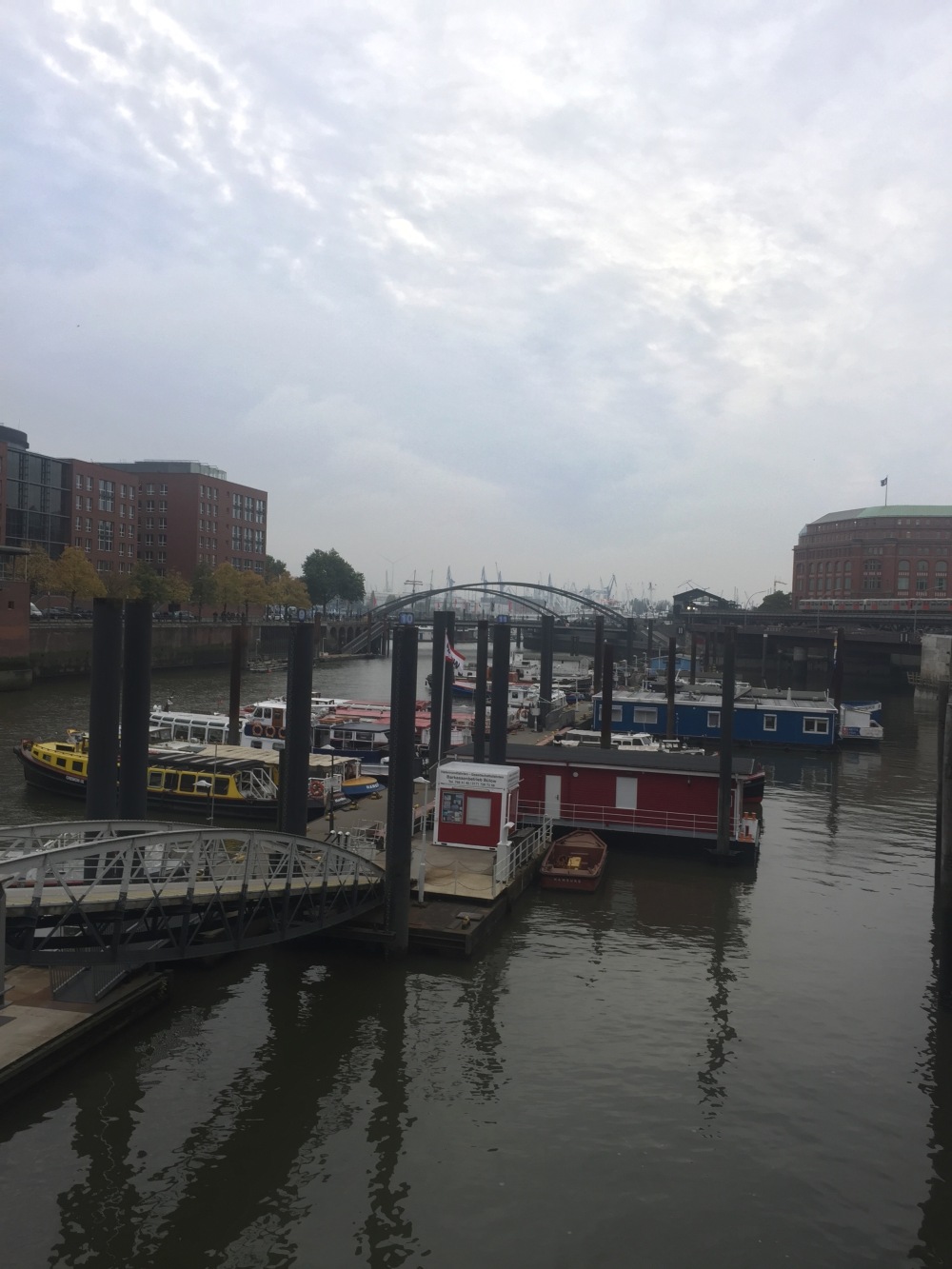 Hamburg is home to the world’s largest model railway attraction and a few of the crew had expressed an interest and many people on the flight said we should attend. To me, a model railway sounded extremely boring but it was cold in Hamburg and I didn’t want to explore on my own so I agreed to go and oh my goodness, I am SO glad I did!! The Miniatur Wunderland was absolutely unreal, my pictures or words are not going to do it justice no matter how hard I try, everyone who ever visits Hamburg must go here. The size of this model railway (if you can call it that as it was a replica of Hamburg, Old Hamburg, Rome and Monaco) was just phenomenal. The work and time that must have gone into this is crazy to even think about. It spanned across two floors which the model world connected between and across two incredibly large rooms on each floor. 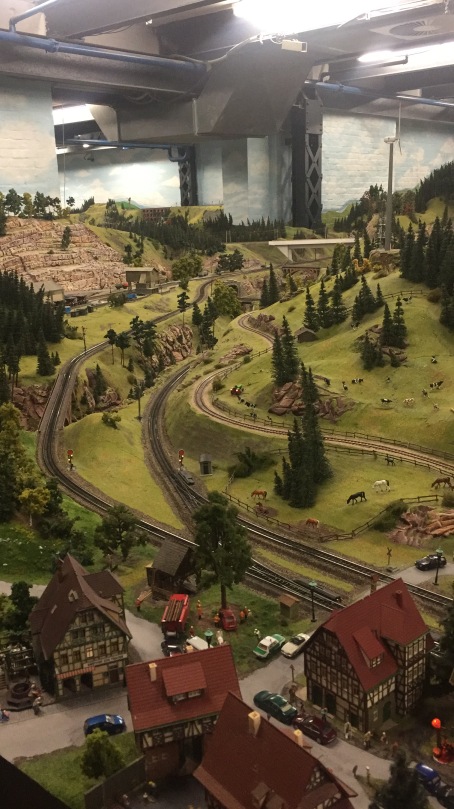 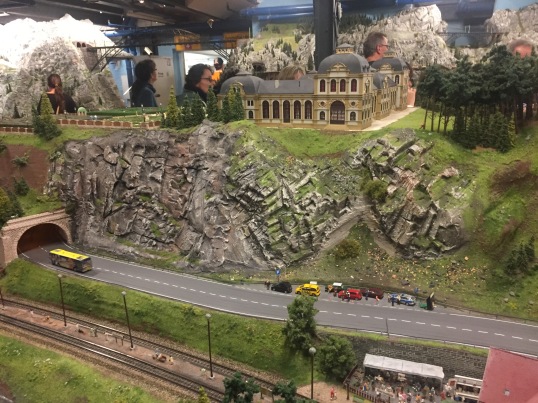 And it wasn’t just trains, it included an airport where planes both landed and took off. There was a departures and arrivals screen that included flight numbers, aircraft registrations and whether flights were delayed etc. The attention to detail in everything was exceptional, and there was even an Emirates B777 aircraft which made us all feel right at home!

It was also interactive too where you could press different buttons and different things would happen on the model. Things would pop up out of nowhere, would move, have dolphins jumping out the sea, make shows begin and have different interactions between the model people. It included traffic lights which all the trains and cars obeyed to and would have them driving all over between the two floors. There were cable cars, UFOs, helicopters, hot air balloons. You name it, they most likely had it.

Not only this, every 15 minutes the room would change from night to day with the lights dimming right down so it really did feel like night time. The whole town would then begin to light up for the evening, the windows of homes, street lights, car lights and it wouldn’t all happen at once it would be sporadically so it was incredibly realistic. I was honestly so impressed. This sounds super geeky, but I genuinely cannot get over how brilliant this model railway place was. We spent an hour or so in there, but you could genuinely spend a good fews hours in here and still not manage to see everything!

After our time spent at Miniatur Wunderland, we were all feeling pretty hungry and the captain had a good recommendation of a restaurant to eat at that he’d been to a few times before, that did great German food with local drinks for us all to try. We made our way over and the temperature was really beginning to drop now so we hurried on through the cold and grabbed a table inside to warm up. I ordered the pork schnitzel (whenever I’m out of Dubai I try and have pork at every available opportunity) with sauerkraut which I love for dinner with a glass of white!

After dinner we walked back to the hotel feeling very full after a lovely meal, really recommend this restaurant (Brauhaus Joh. Albrecht is the name) if you’re in Hamburg and I went to bed for a much needed 12 hour sleep after the early start and long day.

The next morning I grabbed a Starbucks for breakfast and began getting ready to fly back to Dubai. It was a lovely layover, nice and chilled with a great crew and a new place ticked off the list! 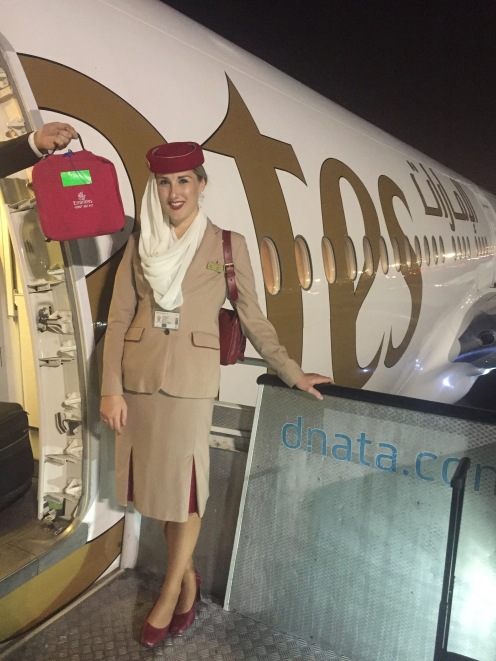 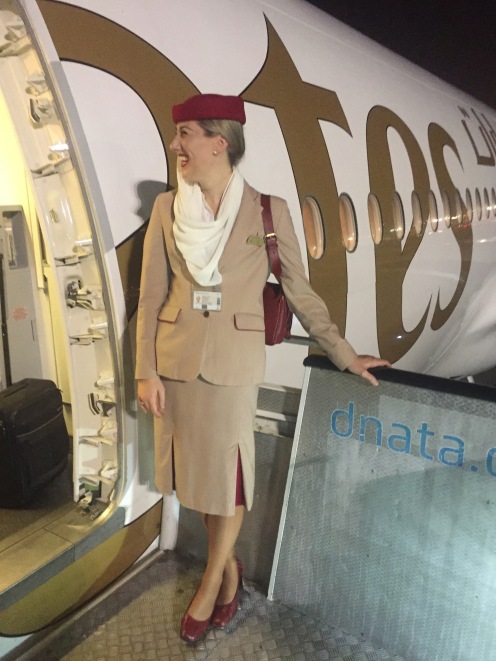