So my month of reserve has begun and my first flight that I was given was a multi sector trip to Lusaka in Zambia where we just landed into before taking back off again to Harare in Zimbabwe for a 24 hour layover. I was on the 3am – 9am home standby and around 4:15am my roster updated and I was called at 5am to confirm the change. The flight over was a bit of a lighter load, but with three services for two sectors it was incredibly tiring  and non stop and we were all ready to land and get to the hotel. With not many places to eat around the centre of Harare, the crew decided to stay in the hotel restaurant for food and drinks. I hadn’t had a great sleep due to being on home standby so I wanted nothing more than to get as much sleep as possible before an early start the next day to go on safari. So I ordered room service in bed and slept for over 10 hours! 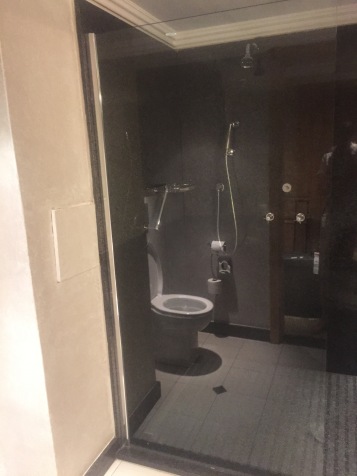 The following morning myself and 4 other economy class crew met downstairs to take a tour to a place called Lake Chivero, a national park reserve around a 45 minute drive from the hotel. The currency they use in Zimbabwe is actually the US Dollar so we paid $25 for the driver for the day and $15 for park entry and a walking tour with a park ranger.

The tour was unbelievable and we were able to get out of the car and actually wander around in the animals natural environment. If this was in England, health and safety would definitely not have allowed this thats for sure! But throughout the day we managed to see zebras, giraffes, bush bucks, fish eagles, warthogs, ostriches, impalas, monkeys, baboons and white rhinos! 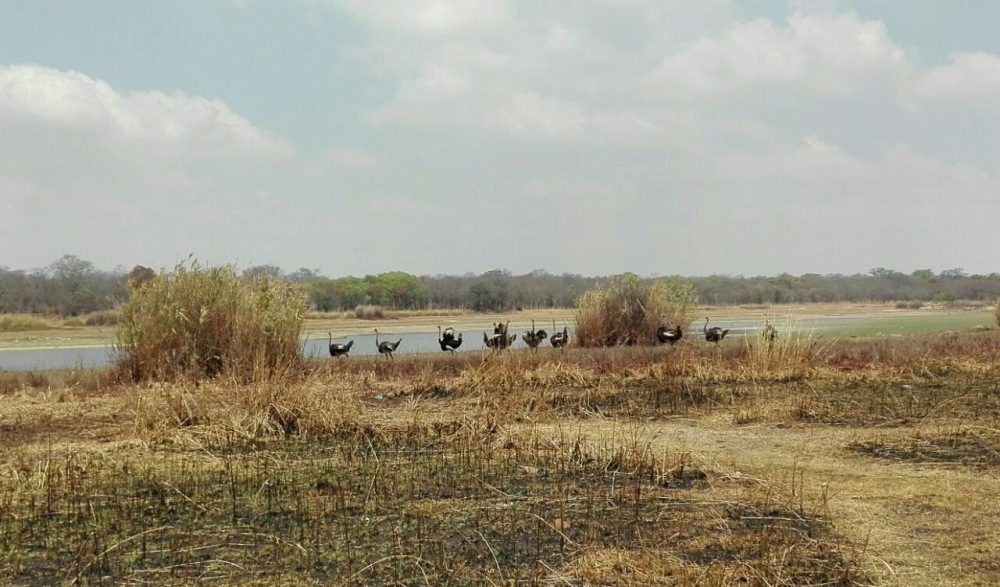 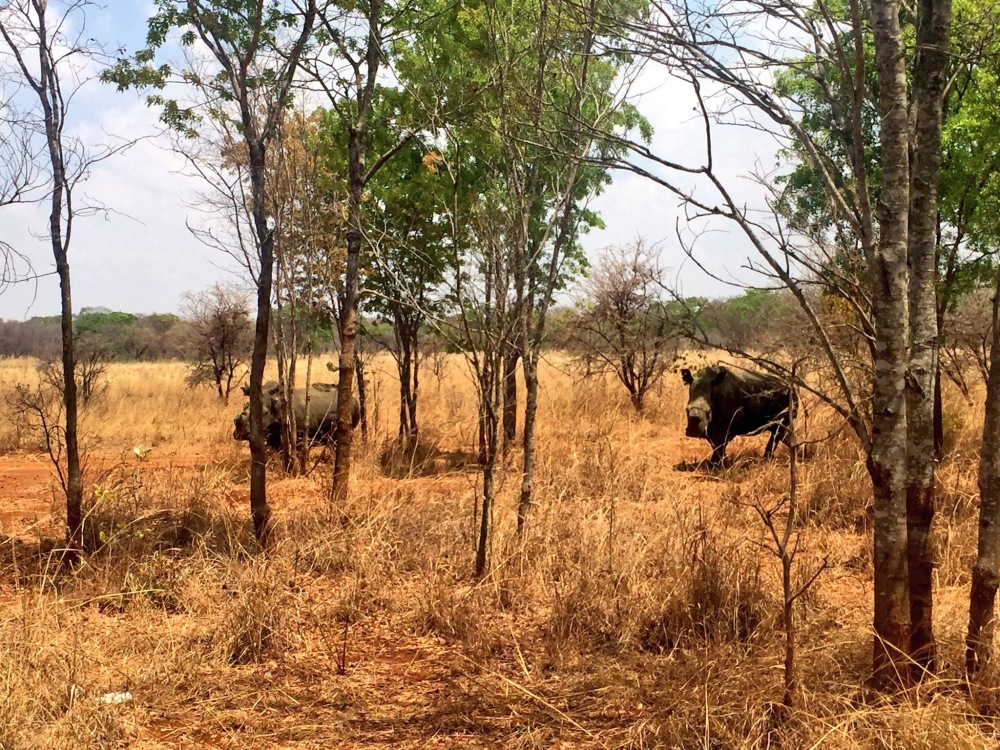 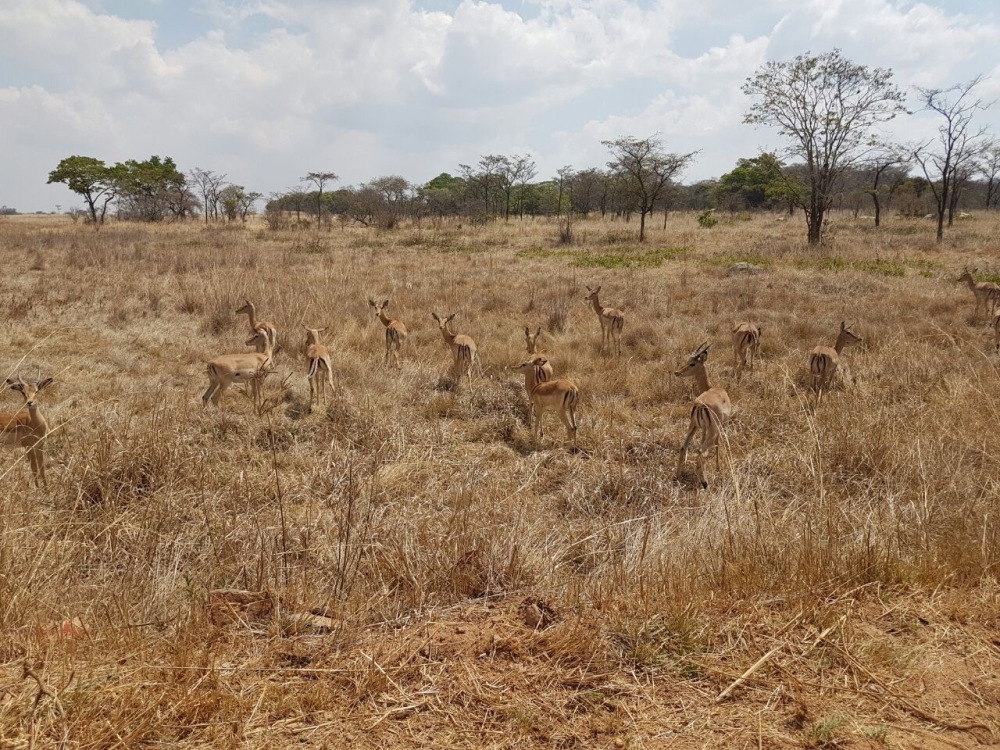 An interesting fact that our tour driver told us was that the Impalas always travel in single file as they have an M shaped mark on their behind. This is so that they can always spot each other and look out for each other, and know they aren’t an attacker. 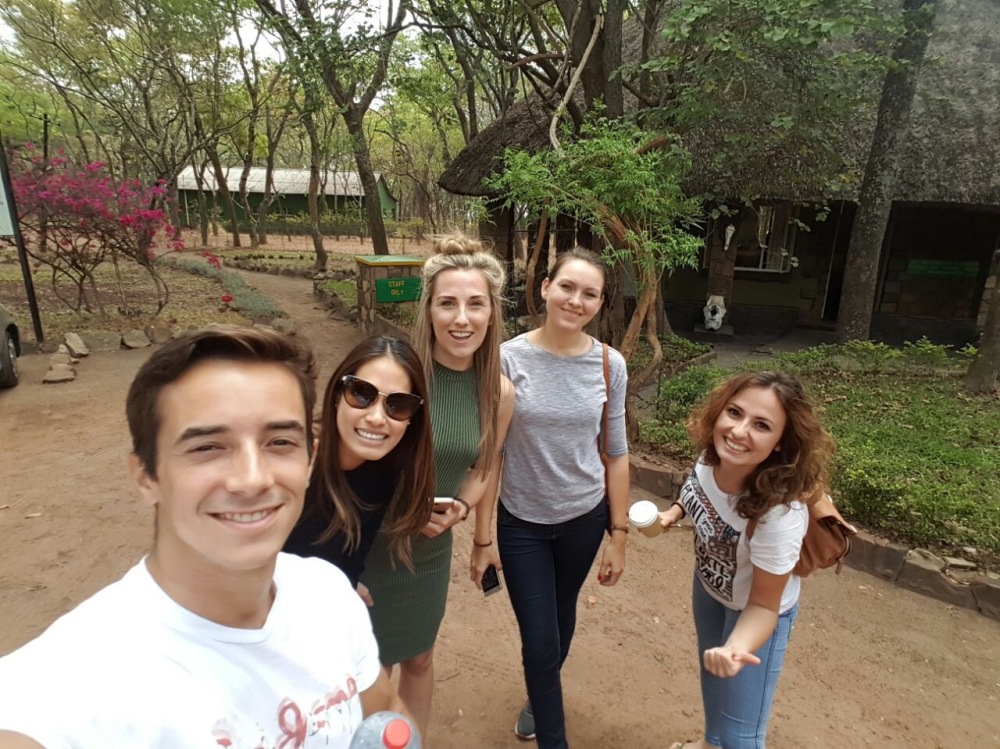 We were then taken on the walking tour to go and find the white rhino. I found it a bit unsettling that we were actually walking to find them and not inside a caged protective vehicle, put apparently they are very comfortable and calm in their natural environment and won’t charge. I was still seriously scared at any moment that they that started moving or stopped and stared at us all!

It was then time to leave the park to get back to the hotel in time for our wake up call. The drivers had brought over the cars for us and we began the journey back. On our way out, we were stopped by some children at the side of the road who ran over to the car! They were so sweet and excitable and one of the girls told me that her name was Ashleigh and she had a lot of sass, I wish I could have stayed chatting with them longer.

Before going back to the hotel we stopped at a local market to give us the chance to purchase some souvenirs and gifts if we wanted any. It was a really cool market and was so bright and colourful. They had some great gifts, but sadly I had spent all my allowance and they didn’t take card so I just bought a fridge magnet with the $1 I had spare and browsed alongside the rest of the crew.

On our drives we saw many of these amazingly coloured purple blooming trees around. The driver explained they only bloom for around 3 weeks a year so it was great that we had got the chance to see them. They were so beautiful, it would be lovely to have one of these in your back garden I thought. 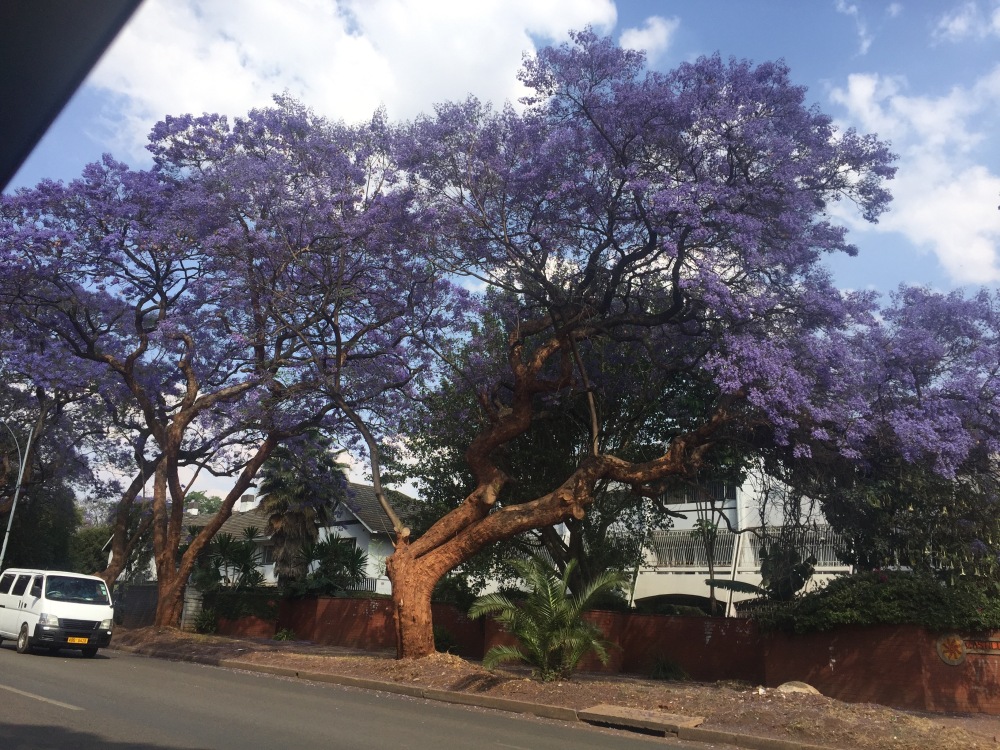 We made it back to the hotel before the wake up call, but not actually with enough time for a nap so I ate and began getting ready for work before meeting the rest of the crew downstairs for check out. I had such a wonderful layover, I really wasn’t expecting much from Zimbabwe when I saw that’s what I had been pulled out for, but what an incredible experience it was. Would seriously recommend this to anyone, especially crew if you’re struggling of places to go visit, a really great 24 hours!