So as I mentioned in my previous post, I managed to swap one of my Tokyo flights for Taipei in Taiwan and I would also be my flying with my house mate Chantelle! We departed Dubai at 3:40am and it was 8 and a half hours over to Taiwan Taoyuan International Airport. The flight over is on an Airbus A380 and I hadn’t worked on the Airbus in so long, I forgot how many crew we have, there was 27 of us in total!

One of our cabin supervisors had been raving about a famous Dim Sum place that she really wanted to visit. As Taipei is a relatively new destination with Emirates, the majority of crew hadn’t been before and everyone was keen to meet up for dinner that evening. So 15 of us met in the lobby and jumped in some cabs towards the city centre. Arriving at Din Tai Fung it said outside that it was an 80 minute wait for a table (apparently this was quite a good wait as sometimes it can be up to 3 hours!!) so we asked if there was anywhere for a drink and the waitress showed us to a small brewery just around the corner. 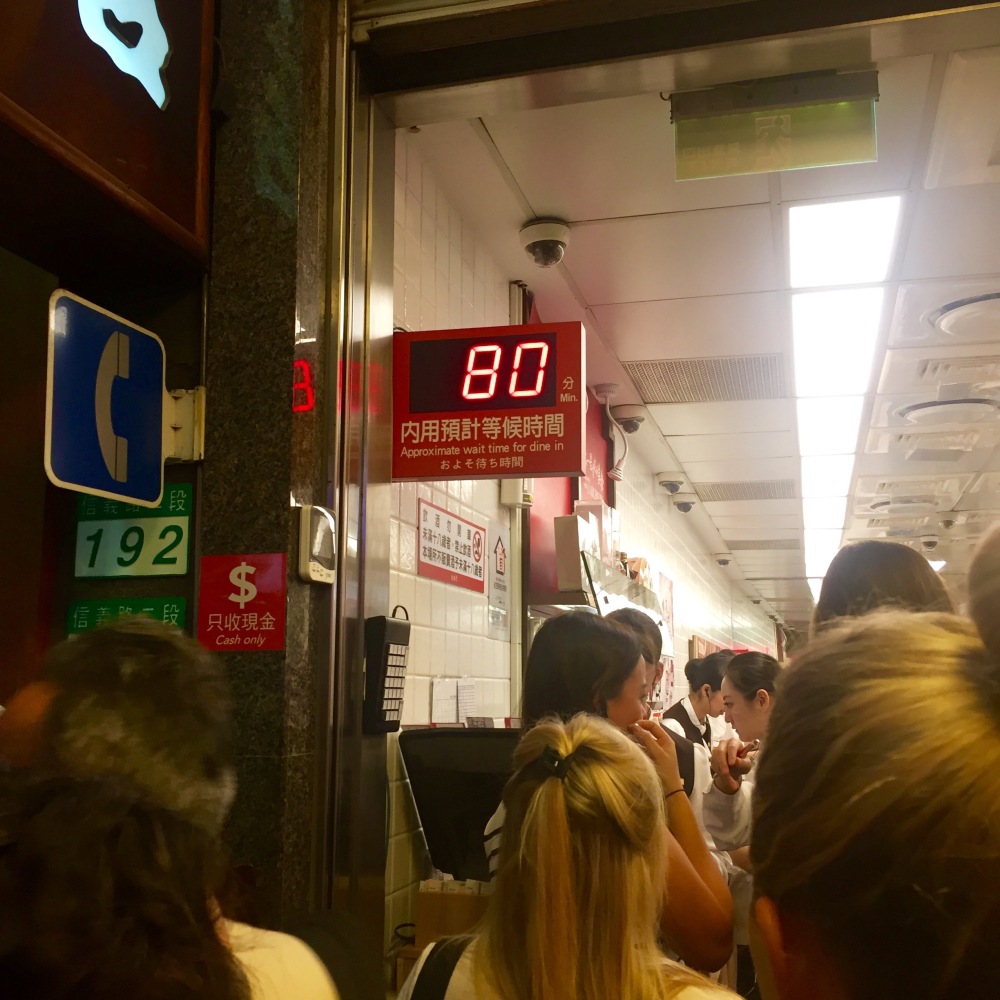 The small brewery sold a number of different locally produced beers of all different flavours, so we ordered a drink and sat outside chatting for an hour or so before heading back over to the restaurant for some Dim Sum.

Getting a couple of tables for us all to fit around we ordered our food, all being given a different letter of the alphabet for the restaurant to arrange us. I had been told to get some  XiaoLongBao (a steamed dumpling but also with sauce) so ordered the Pork XiaoLongBao, pork and prawn gyoza and the pork and chive noodles. 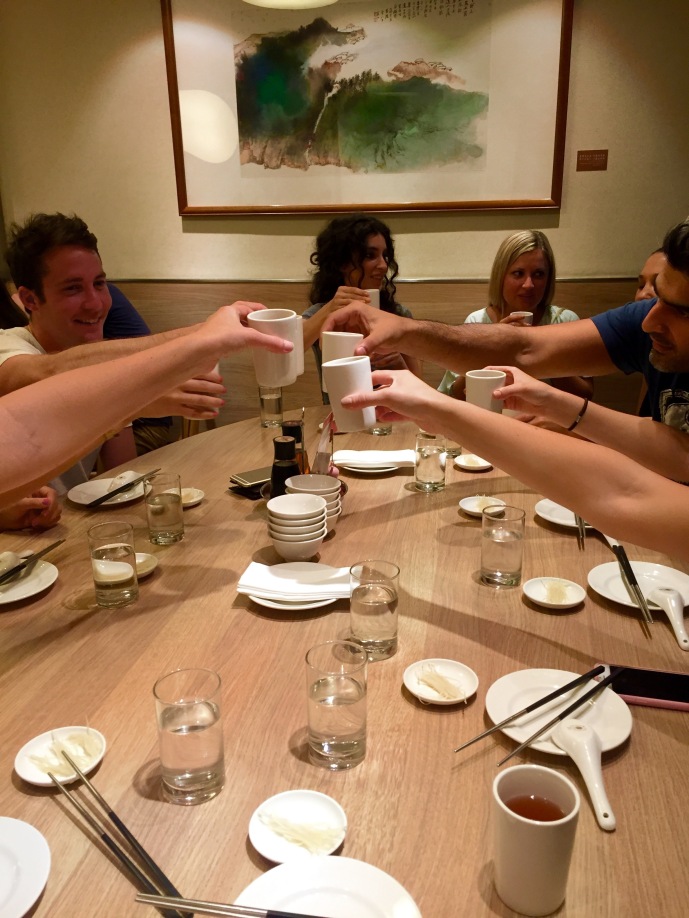 Feeling incredibly full after so much food, we jumped back into cabs to go to the hotel before our early start to hike up Elephant Mountain.

Waking up at 8am the next day I got changed and went downstairs to meet some of the crew in the lobby. Asking the concierge the direction of the metro, we walked on over ready for a morning of hiking!

After a short metro journey and a little walk we were at the bottom of the steps to climb up the mountain. These steps are incredibly deceiving and after about 1 minute I could feel the burn in my legs and in 32 degree heat it was becoming incredibly hot!

About half way up there was a viewing platform to look out over the city and also shelter from the sun and have a drink of water. Definitely opportunity for a good photo! 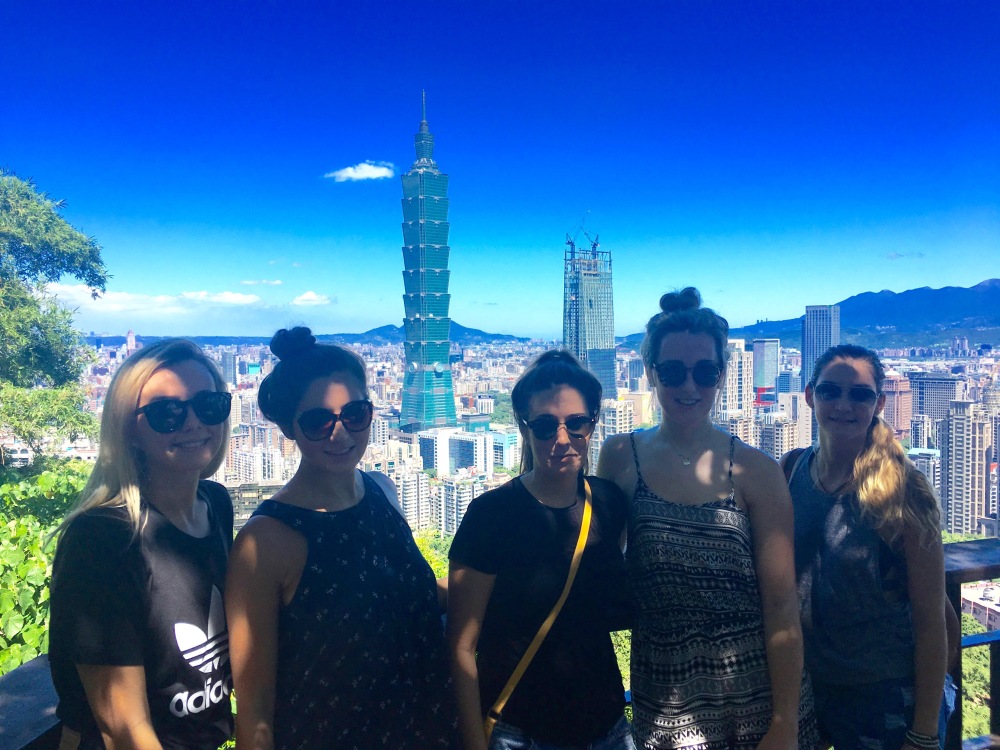 Continuing up the hill, and now seriously out of breath (I think I need to get back in the gym) it took another 30 minutes until we reached the six rocks point.

Time to head back down all those steps and find somewhere for lunch as we were all pretty hungry after all that climbing! It was much quicker getting down, only took us around 20 minutes, where we walked back to the metro in the direction of the hotel. 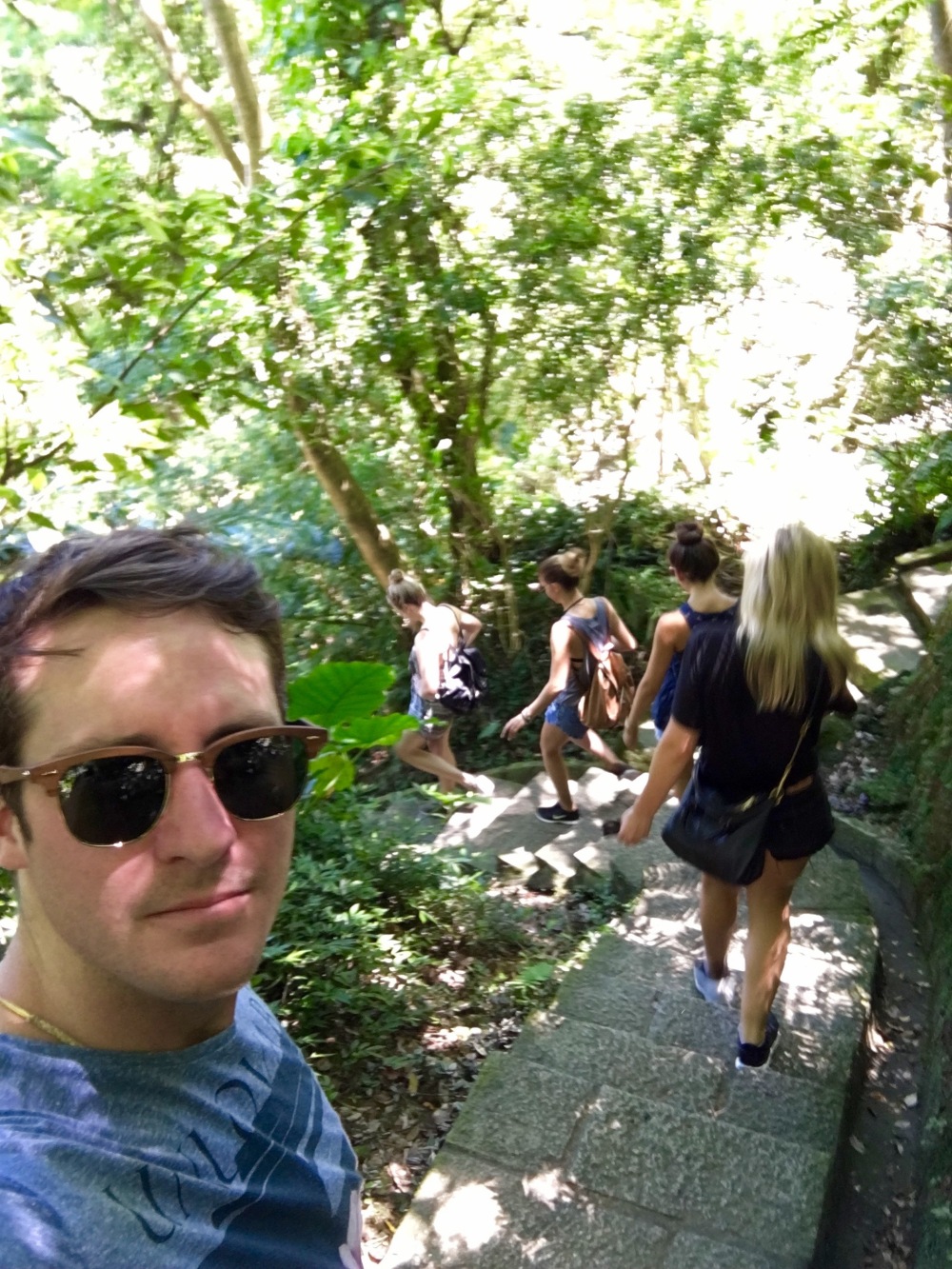 Calling at a place called Nola for lunch – a New Orleans style restaurant – we ordered food and they also had the Olympics on which was nice to watch, as I hadn’t been able to catch much of it. And Andy Murray was playing the tennis in which he won gold, go Team GB! After our lovely lunch, a few of the crew wanted Bubble Tea so we went and picked up one for the road and another for the journey back to Dubai.

Back to the room for a nap before the flight and before I knew it, my 30 hour layover was up. I had such a fab trip, and I’m so glad I swapped my Tokyo for Taipei. A new destination and country for me to tick off the list! I’ve got a couple of turn arounds coming up next so nothing crazy exciting, and then it’s off to Seoul in South Korea!