I seem to have spent a lot of time in Europe for my past few destinations with Emirates, however I can’t complain as every destination has been wonderful. So I have just returned from Lisbon in Portugal and I think I’ve fallen in love with the place. I’ve holidayed in the south of Portugal a couple of times, but was looking forward to visiting the capital and sight seeing rather than just laying on the beaches. It was the early morning flight out of Dubai landing into Lisbon Portela airport around lunchtime. Many of the crew were tired from our 3am (midnight in Lisbon) wake ups so decided to sleep before meeting up later. I however wanted to explore so once we had checked in, I changed quickly and took a taxi into the centre of town. 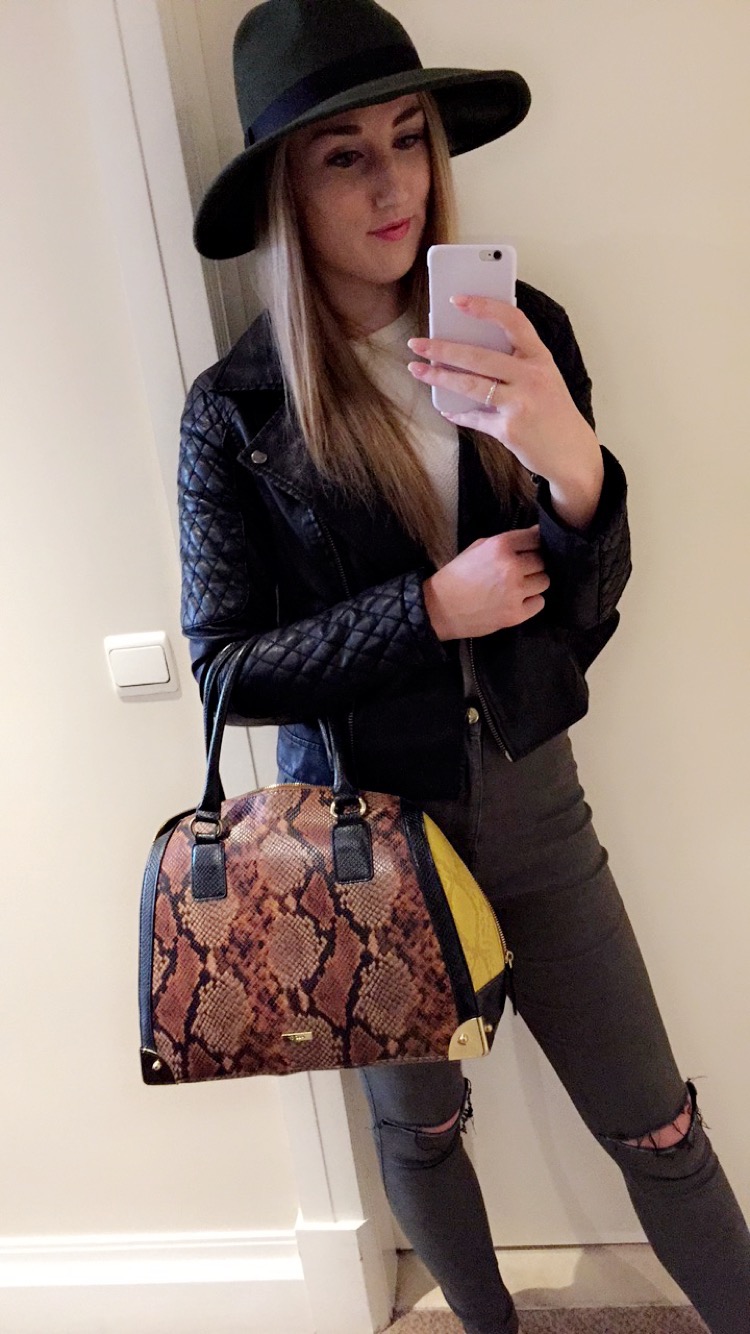 I headed towards the main square with a few ideas of things I wanted to see with my map in hand. It had been raining really heavily when we landed but the clouds had moved on and the sun was shining so I was ready to see the sights of Lisbon whilst soaking up the sunshine. 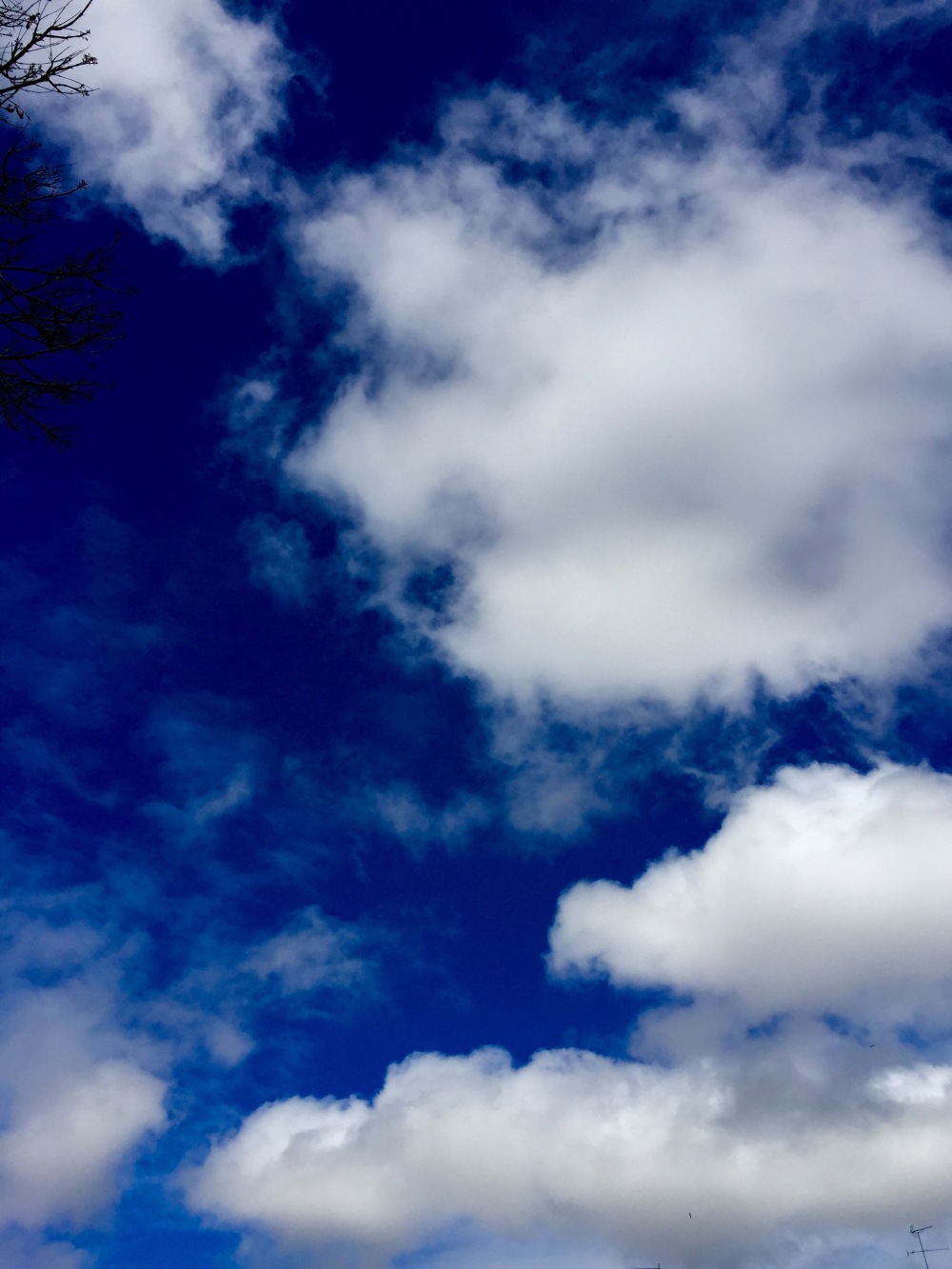 The sky was so blue in Lisbon and it looked so pretty. As it was the weekend Rossio Square was pretty busy and there was some form of karaoke event going on with many people milling about. I had a quick wander round and then headed in the direction of Tram 28 which is a popular tourist attraction for people to see. There was quite a large queue when I arrived there and I had just missed the most recent one, so I decided not to jump on but headed in the direction of the sea front.

Wandering towards the sea front I walked down what I am assuming is Lisbon’s High Street which was full of shops. I had a quick look in Zara as I couldn’t resist but it didn’t seem much cheaper than usual so I refrained from purchasing.

One strange thing about Lisbon is that they actually have Tuk Tuks everywhere. I thought that was more of an Asian thing however they were zipping around everywhere and there were so many of all different shapes, sizes and colours! 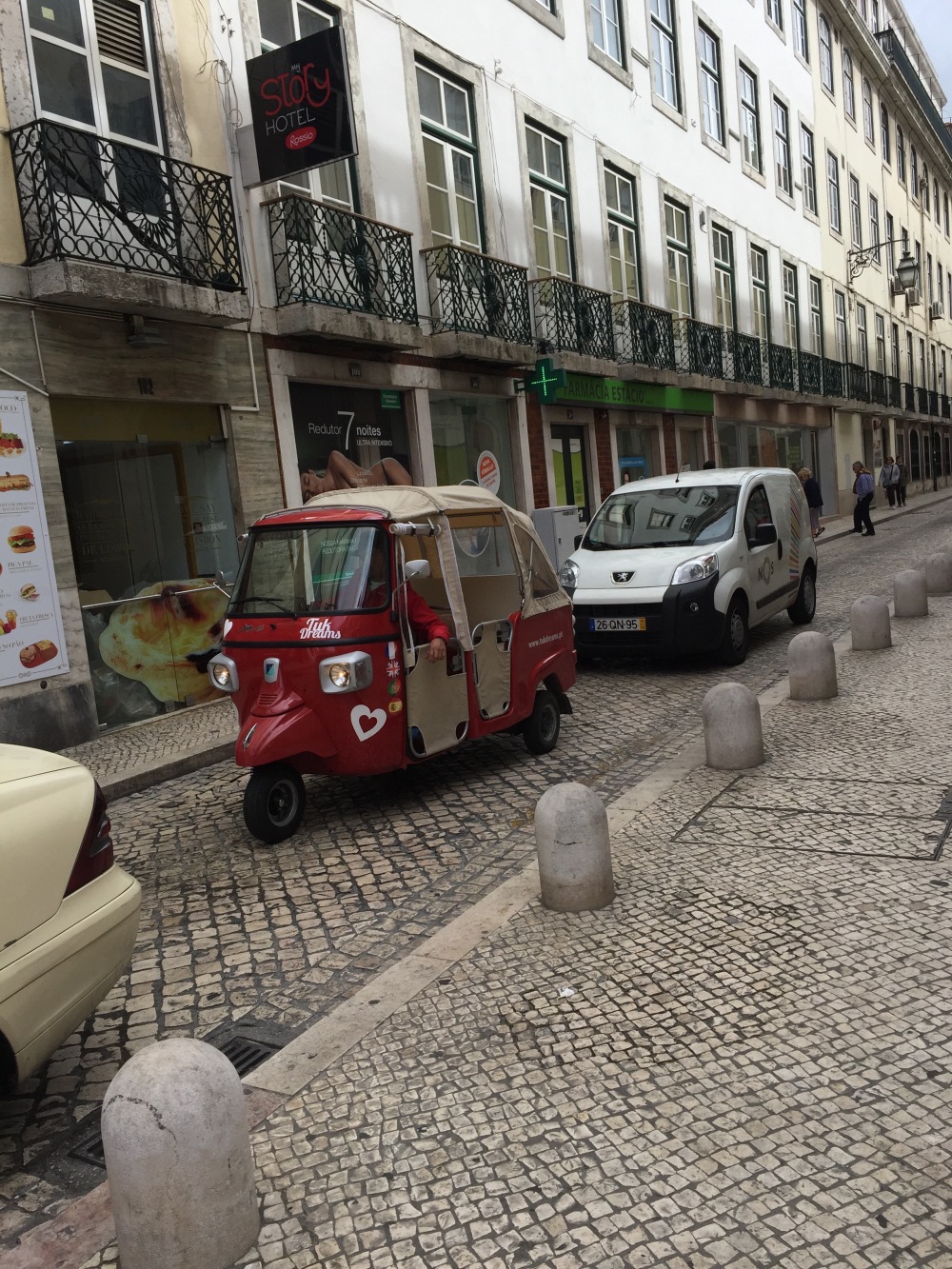 I eventually reached the sea front and walked through the Praça do Comércio Square which is a huge square right on the coast line with colourful buildings and monuments. That’s one thing I really liked about Lisbon is that the buildings were so colourful and bright, it gave such a positive feel and livened up the place. 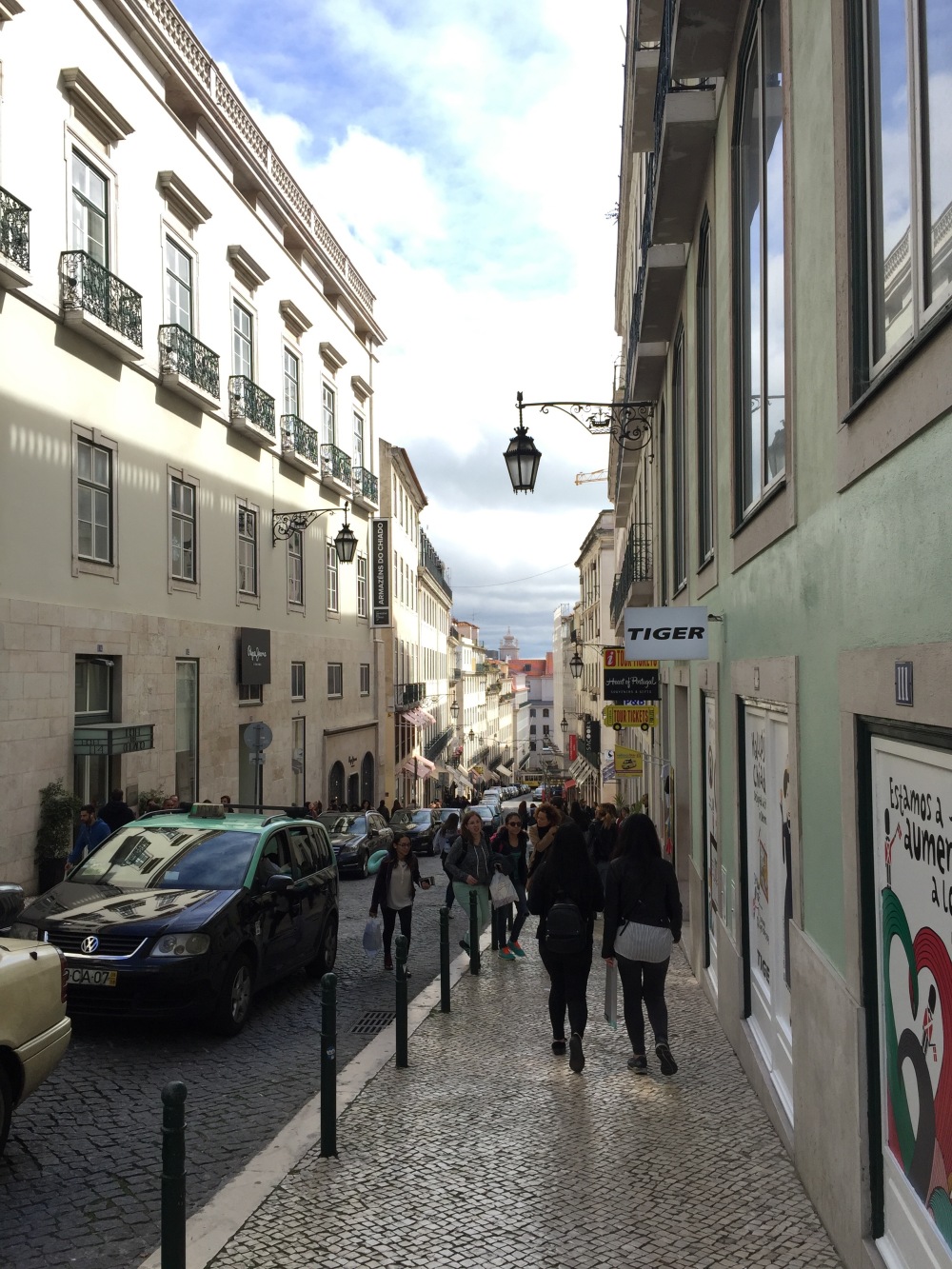 I walked over the square and sat on the steps by the sea just taking in the views and thinking how much I seriously love my life. This time last year I was revising for my final year exams at university and now I was being paid to visit Lisbon and spend 24 hours doing whatever I wanted. The best job ever. Whilst I was sat admiring the view I noticed in the distance what looked like the Christ The Redeemer Statue and the Golden Gate Bridge? And when I looked at my map and the information it had I was correct, there were smaller versions of these landmarks right here in Lisbon, how random? (You can kind of see them in the background of the middle picture below).

I then wanted to get a better view of Lisbon as I had seen many pictures that overlook Lisbon with all the gorgeous red tiled roofs. The concierge had said that there were two castles to get a good view of so I headed in what I hoped was the right direction with my map in hand. 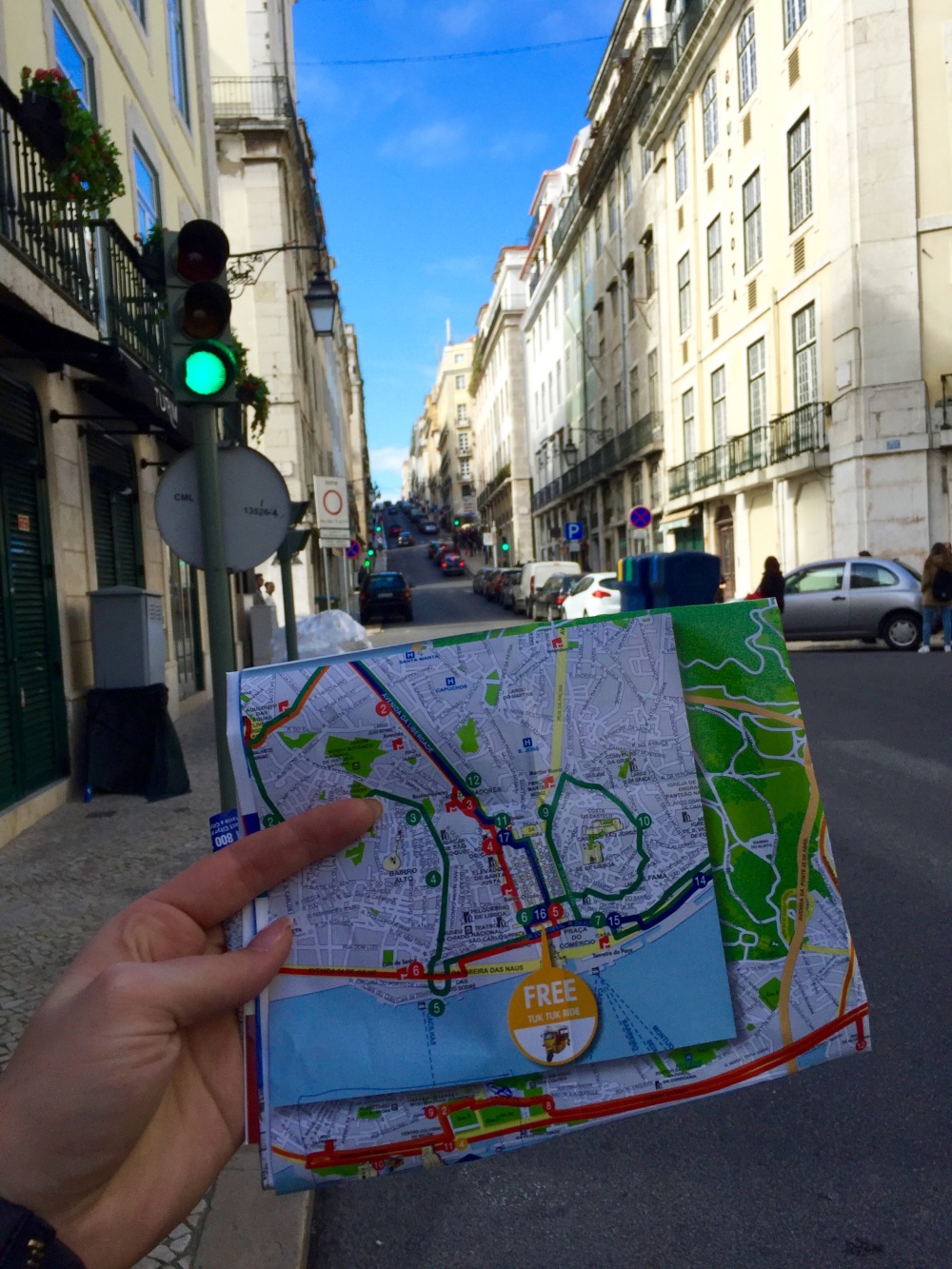 I reached the first castle after around 20 minutes of walking, however what the concierge described as a castle was more of a church for me. So I’m unsure if I actually reached the first castle. I headed inside for a little wander around but there wasn’t much to see and you couldn’t get to the top to see the view, so I left and headed in the direction of the next castle.

Another 10/15 minutes of walking and suddenly there were lots of people around heading in the same direction so I followed and realised I had reached the second castle. You had to pay €8.50 to get in but I could see that there were going to be some incredible views of the city so I was more than happy to pay in to go and have a wander around.

I walked over to the edge to take in the most breath taking views of the city. Tiled roof after tiled roof for miles, with the sea and river in the background. It was definitely worth paying to enter! 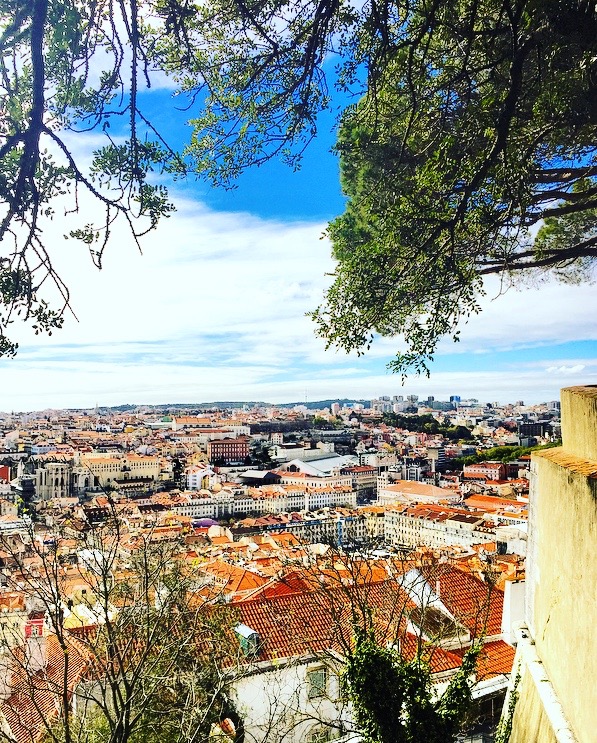 There was a really cute restaurant up there which I really wanted to try however, as I was alone I decided against it. Although this would have been the perfect place for a date or even just if you are visiting Lisbon as you have the best seats for the best views of the city. Just by the restaurant was also a little van selling glasses of wine, port and sangria so you could admire the views whilst having a glass of the local beverages. A really cute idea I thought! 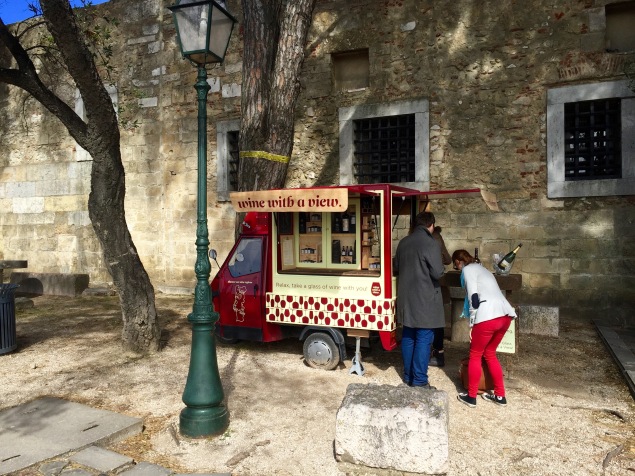 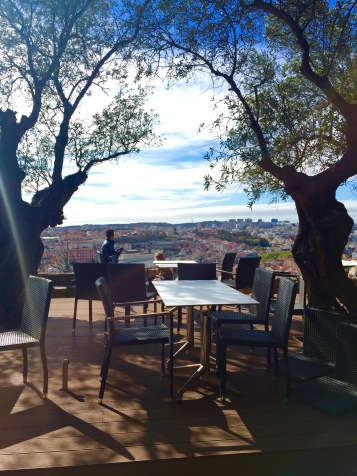 It was around 5pm now and I was meeting some of the other crew members at 6pm to go out for dinner, so after I’d looked around Castelo De Sao Jorge I headed back down to the square to get into a taxi back to the hotel. 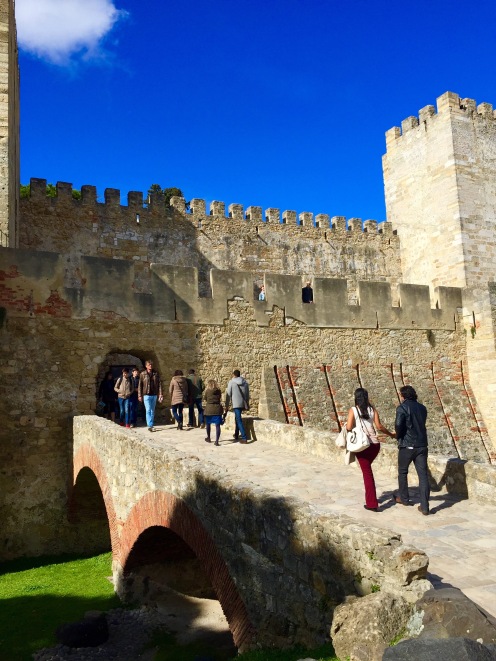 When I got back to the square it had completely changed and an evening market had sprung up and there were lots of stalls selling local produce, food, drinks, gifts and more! I had a quick wander round and wished that I could of sat and had a glass of sangria in the sun before heading back, but I was pushed for time and just tried a few of the samples instead. 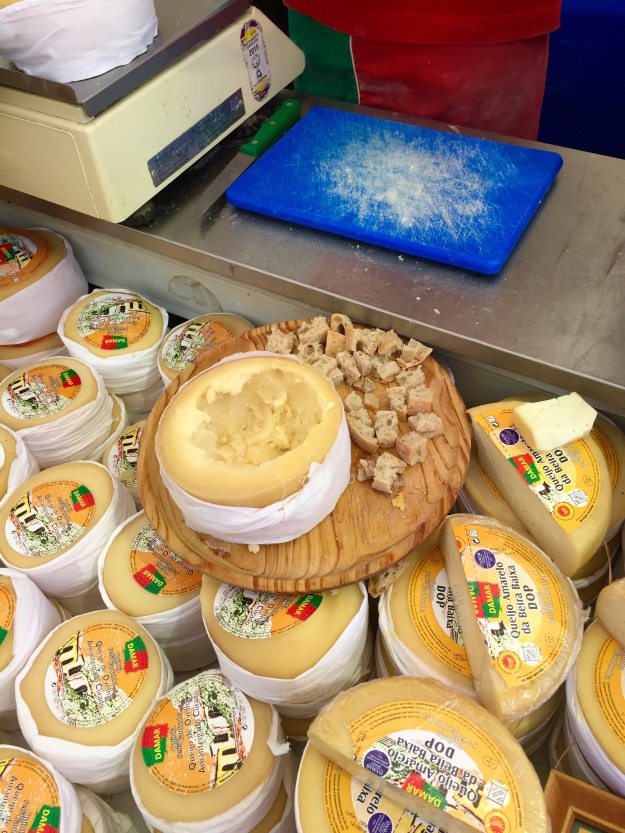 At 6pm I met with the crew and we had decided to go to an area called Bario Alto as it was Saturday night and we knew it would be busy with people, bars and restaurants. One of the girls from First Class recommended this Michelin star restaurant that did amazing sea food and I was more than happy to try as I love love love sea food.

The restaurant is called A Cevicheria and I honestly can’t recommend it enough, if you’re ever in Lisbon seriously check it out however get down early as the restaurant is small and there is the longest queue outside as they don’t take reservations. We had the most amazing food and wine and it only cost us €25 each! We opted for the: 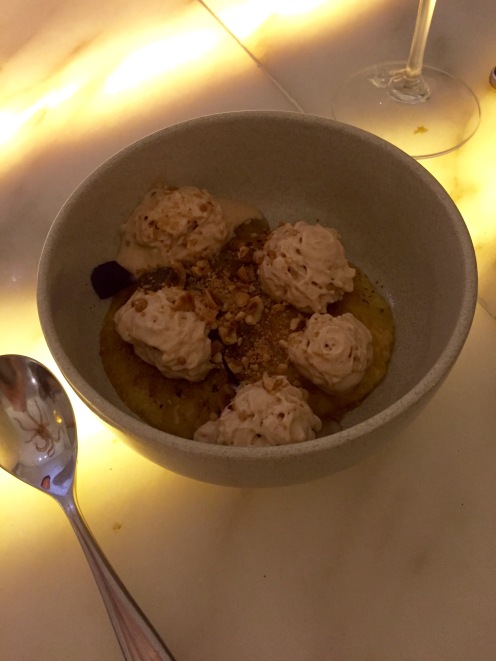 The food was the best I’ve ever tasted and black mashed sweet potato looks so strange but tastes so good. I want to go back again so I can taste everything else and also take my parents here because they would love it so much. We were sat at the bar and we could watch the chefs preparing everything in front of us and they were telling us everything we were eating and its origin and where it was from and how it compliments each other. It was so interesting and SO yummy. Seriously, if you’re ever in Lisbon or even Portugal for that matter you HAVE to go! 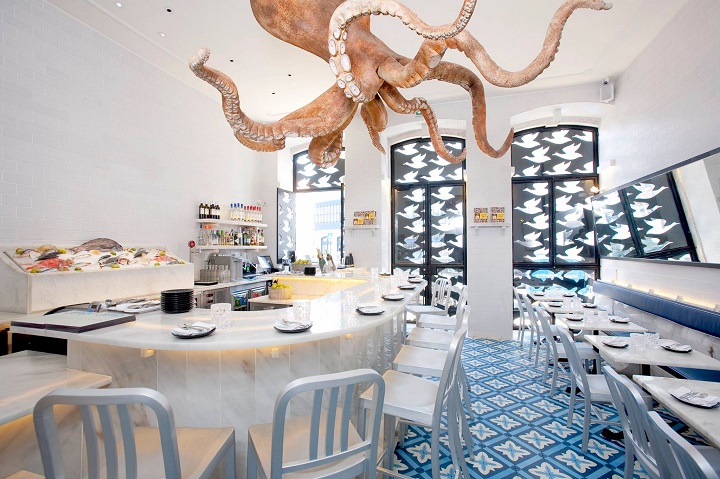 Afterwards, we decided to head to a cocktail bar called CINCO that one of the crew recommended which did amazing cocktails in the funkiest way. The lounge was so dark that they brought out torches for you to read the menu and decide what you wanted! 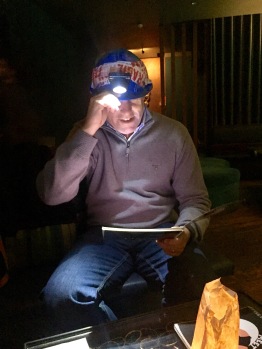 It was getting late and I was very tired as I had almost been up 24 hours, so we headed back to the hotel and into bed. A nice long lie in as weren’t departing Lisbon until the afternoon, so I woke up got ready and headed down to the lobby to meet the rest of the crew. All in all, a fantastic trip and I would love to spend a long weekend in Lisbon. Obrigada Portugal, you were fantastic and gave me a chance to practice my Portuguese which I remembered more than I thought from Brazil!