It was back to Europe for my most recent trip. I have been to Italy before, but I had never been to Rome so I was excited when I saw this at the end of my March roster. The flight over was completely full so it was non stop, however we landed into Leonardo Da Vinci International Airport around lunch time which gave us time to get to the hotel, get changed and take the bus to explore the beautiful city of Rome. And so beautiful it was.

I went with 4 other economy class crew into the city. We got off the bus and headed straight to the colosseum as it was one thing everyone wanted to see. The city is so gorgeous but also not what I expected. It is old combined with new and so amazing to think how old these buildings are and how they are still standing!! 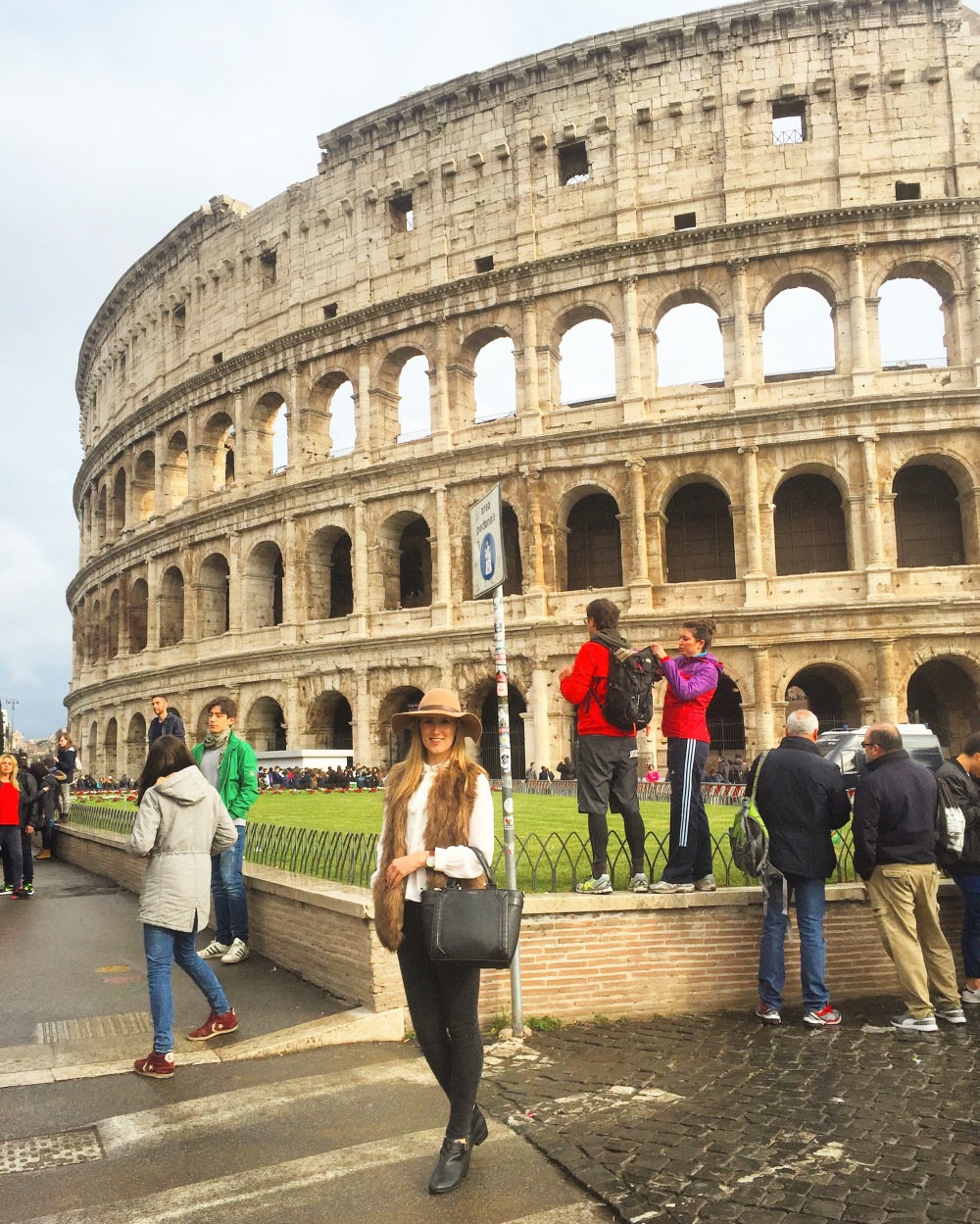 We would have gone inside the colosseum to take a tour and see where they fought except two of the girls had already done it and we wanted to see as much of the city as possible and we were all so very hungry! We then headed over to the Trevi Fountain so we could throw in some coins and make a wish. 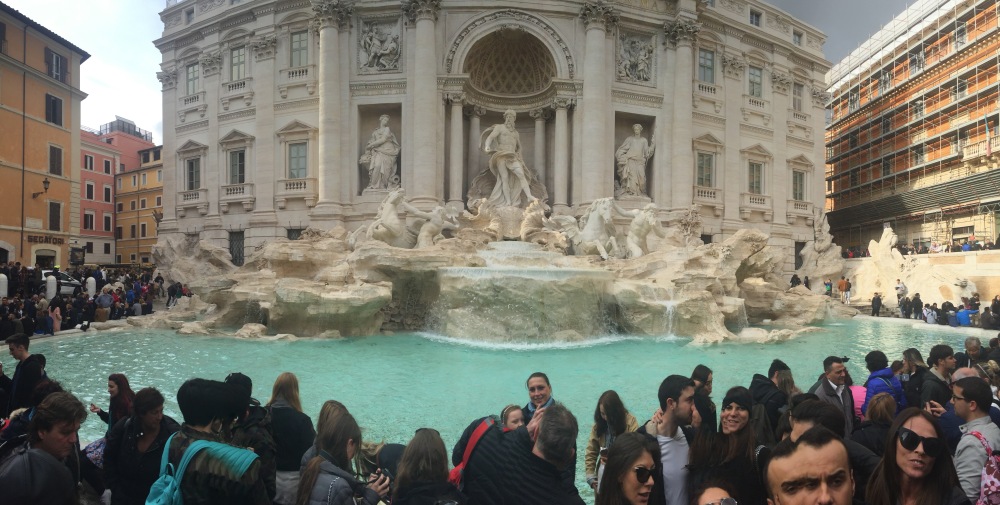 We were beginning to get pretty hungry by this point so we looked for some place to eat when we stumbled across a cute little restaurant where we could sit outside. We were all struggling to decide between pizza or pasta so we decided on ordering both. When in Rome ey? The food was amazing and we sat chatting away in the glorious weather for an hour or so.

After this we continued to wander around the city trying to burn off as many of those carbs as possible. We wanted some real Italian ice cream except it was beginning to get a little chilly, so we passed, but ended up trying some Italian liquors in a cute little shop which were yummy! We bought some souvenirs and then headed back towards the hotel as we had been up a long time and we were sleepy from all the walking we did. 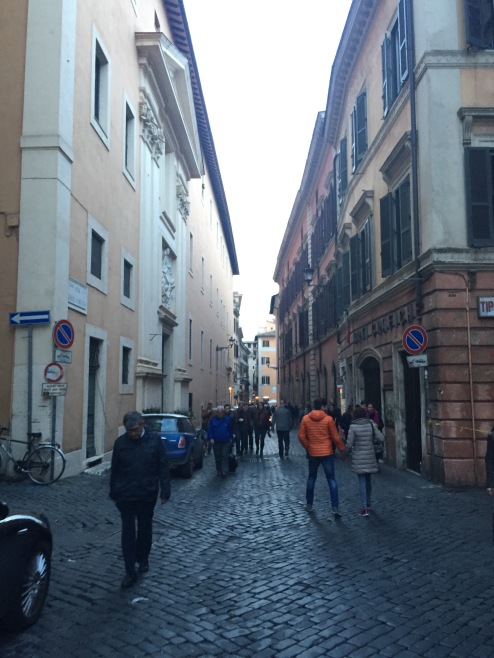 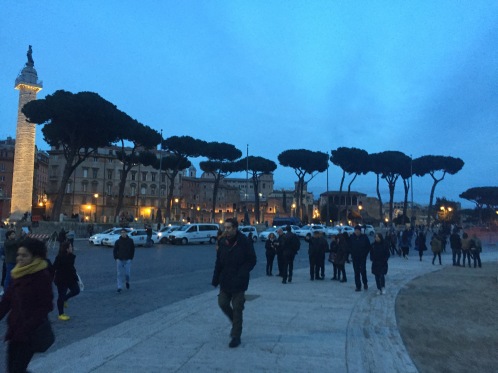 Our wake up call was not until 12:20 the next day so I had a nice lie in and ordered some room service before getting ready for work. It was just under half full on the way home and a shorter flight so soon before I knew it I was back in Dubai. I had the most amazing time in Rome and fell in love with Italy all over again. Can’t wait to go and see more of the beautiful cities that Italy has to offer.

I have 5 days off from work now, I was going to go skiing however between the flights and my roster it wasn’t going to be a very long trip so I have decided to go and visit home which I’m looking forward to.