I love my job. I can’t actually believe I’m getting paid to do this! So, my flight left Dubai (DXB) at 2pm which meant I didn’t have to wake up at ridiculous o’clock for work. I arrived at HQ super early and felt like a child on there first day at school. I was full of excitement and nerves and trying to make sure I could remember everything that I had learnt over the past eight weeks at Aviation College. I couldn’t believe that the moment had finally arrived and I was about to start travelling the world.

My gate opened, and I went through checked in, dropped off my bags and went to the briefing room to meet the rest of my crew. There were so many nationalities in there all speaking a variety of different languages and from different backgrounds. It was amazing, we were such a cosmopolitan bunch! After we had gone through everything and had all documents checked it was time to board the plane. I was SO nervous and I was so worried about getting in peoples way or feeling like a bit of a spare part but the flight was the best!!

So, this wasn’t actually an operational flight for me it was a supernumerary (supy) flight which basically means I don’t have a role on board I am mainly there to observe, get a real feel for actually doing the service and different tasks in the sky rather than in the simulator and refresh my memory for when I do my first operational flight. You have two supy flights one on the A380 and one on the B777. I had a fellow supy with me and we were both more than happy to get involved and do anything and everything we could to get as much practice as possible for when we were doing the real thing in a few days time.

For your supy flights, you also get to sit in the cockpit for take off and landing, and what an absolutely unreal experience this is. The views taking off from Dubai and getting to see the Burj Khalifa, The Palm and The World Islands from up in the sky is insane. I knew the Burj Khalifa was tall, but wow, it really does stand out from an aerial view. When we had reached the top of the climb, we went back into the cabin and began helping the others with their duties. A fellow member of cabin crew Emma was absolutely amazing. She took me under her wing and guided me through everything and answered any questions I had. I double ended the carts with her to get a real feel for the service and serving a full plane of passengers and she really helped to build my confidence throughout the flight. We even joked that I was her shadow as I followed her around the aircraft for 7 hours doing different tasks. The flight went by incredibly quickly and before I knew it I was being called to the cockpit ready for landing. At this point I suddenly became really excited as I realised I was about to touch down in London and I was soon to see my friends and my Auntie, Uncle and Cousins!

I was sat in the cockpit for almost an hour from the top of descent to actual touch down and as we were landing at evening into London the whole of Europe was lit up in the night and it looked absolutely phenomenal. The Captain was amazing and he was pointing out Cologne, Amsterdam, Brussels, Rotterdam as we flew over them and then before I knew it touch down in London!!

As soon as I got to the hotel I checked in, was given my allowance and called my mum to tell her all about the flight. I was in such a good mood and wanted to tell her absolutely every single thing that happened. After this there was a little knock at my door and my Granby Girls (my friends that I was at university with – we were called Granby Girls after the street we lived on) and Aidan had arrived!! The girls were all busy trying on my red hat and making me put it on them properly.

We went out for a lovely meal at Steak & Lobster which was so so yummy. For anyone who hasn’t been, you should. You pay £20 and you choose either steak or lobster (shock) and then it comes with unlimited fries and a gorgeous salad.

Soon it was time to call it a night, I was exhausted after the flight and the girls and Aidan had to head back home ready for work the next day. I got back to my hotel, took of my make up and I was asleep in no time.

I woke at 6:15 the next day due to the time difference and thought I may as well make the most of my time and head out into London and get over to my auntie and uncles. It takes 90 minutes to get there as there isn’t a direct train from Heathrow to where they live but I made a few pit stops on the way to replenish my UK products that I was beginning to run out of back in Dubai and do a little bit of sightseeing. Even though I was in London quite a lot when I lived in England, I still like to see all the touristy things and take all the touristy pictures. 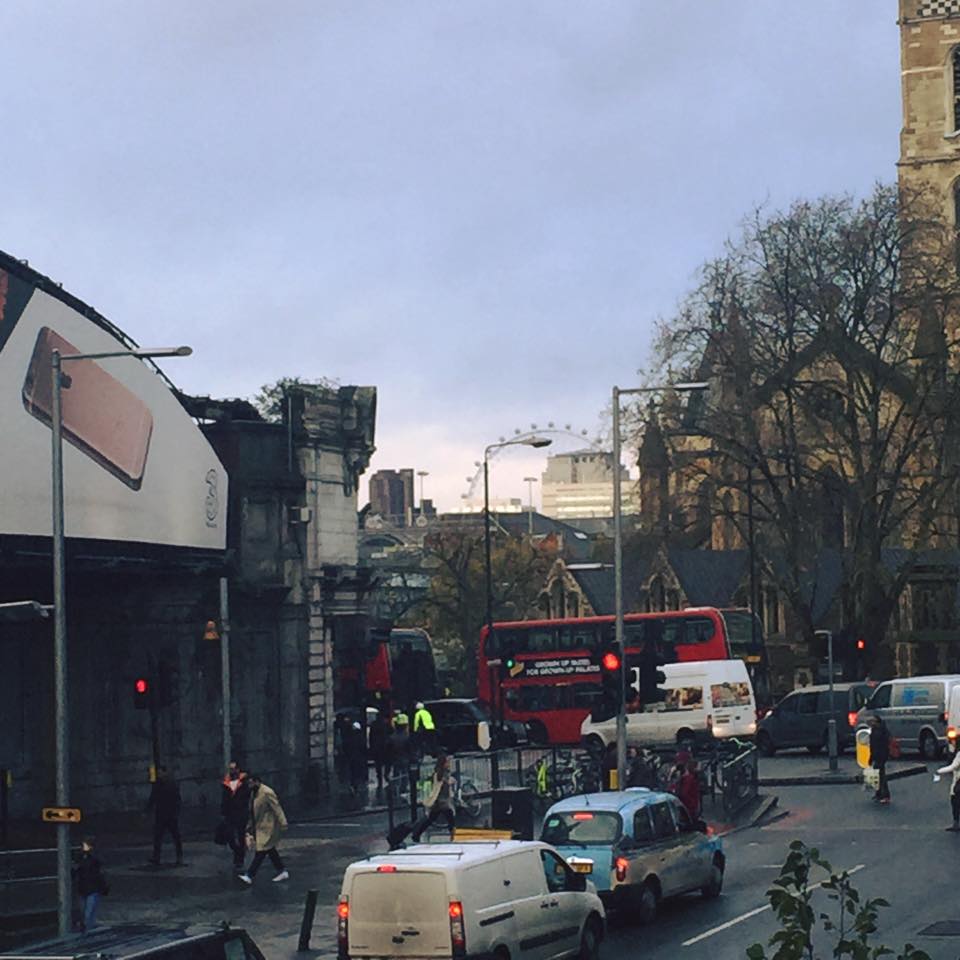 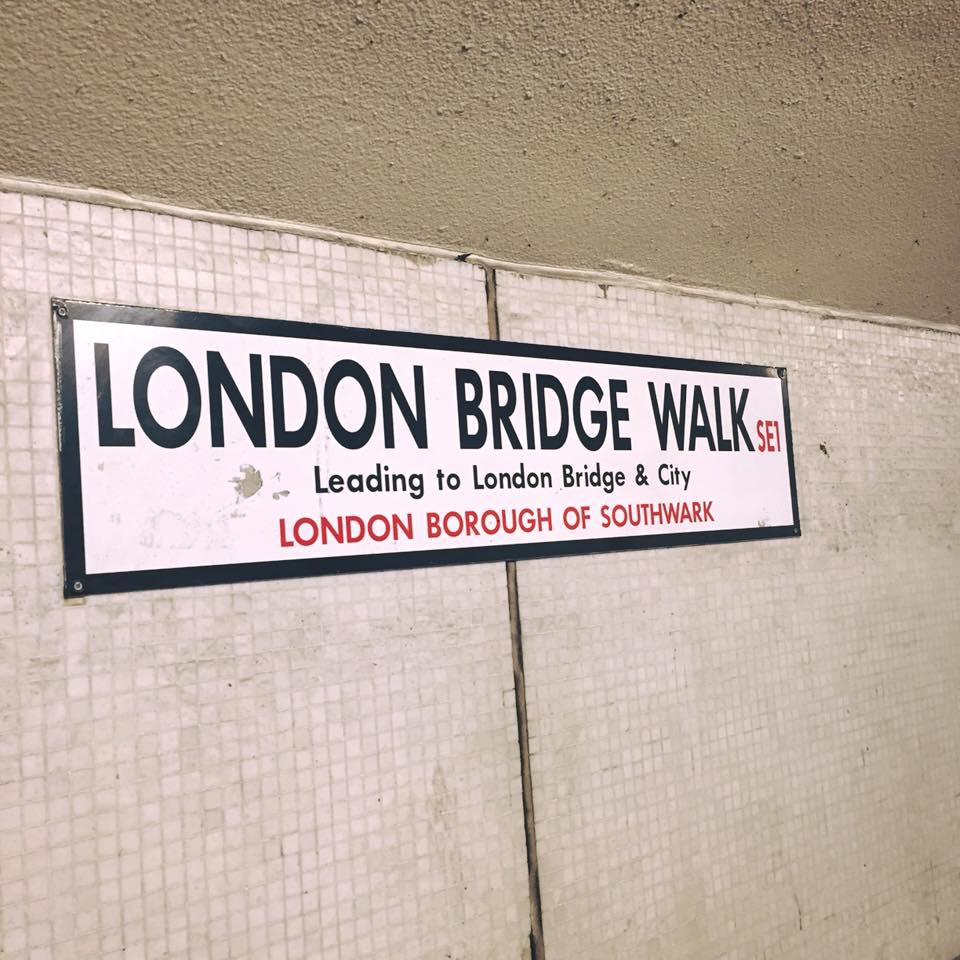 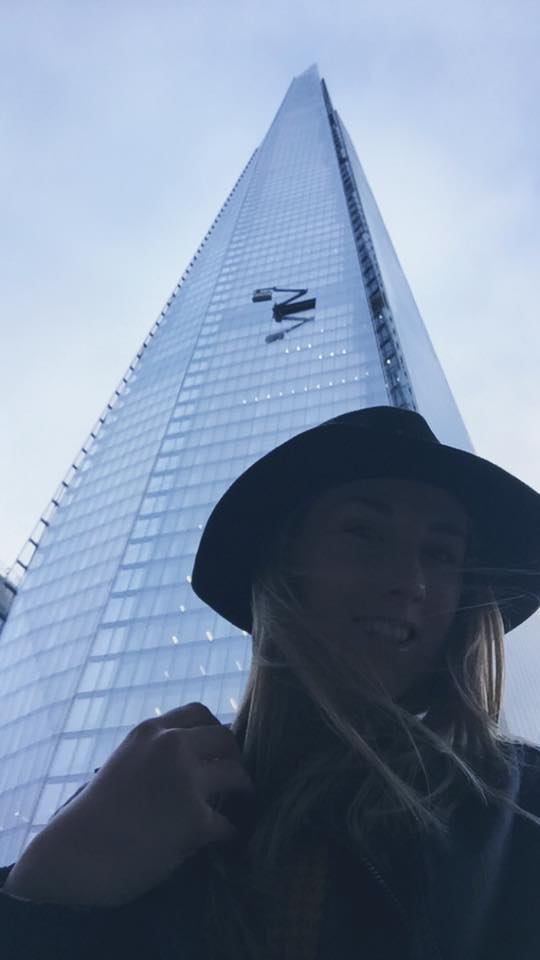 I arrived at my auntie and uncles before they were even in so I had to sit on the doorstep for a while before they arrived which is always fun haha. But they soon arrived and I was inside having cuddles with my 10 month old cousin and having cups of tea, a bacon sandwich and a catch up with my crazy uncle.

My auntie came home work in the afternoon but I was only able to see her for 10 minutes as I needed to get back to the hotel in time for a sleep and my wake up call. I say I went back to my hotel for a sleep, however all I did was lay there for 90 mins trying to get some rest before I was called by the hotel saying its time to get ready and start going back to the airport.

The flight back was also wonderful, much quieter as it was night flight, so a lot of the passengers were sleeping but this gave me chance to familiarise myself as to where everything is kept in the cabin and the galleys and also have a tour of the A380! First class is absolutely insane and the shower spa is amazing. Again, I was in the cockpit for landing and as we were arriving at sunrise the sky was the most beautiful arrangement of colours. I was absolutely mesmerised as we came into land. 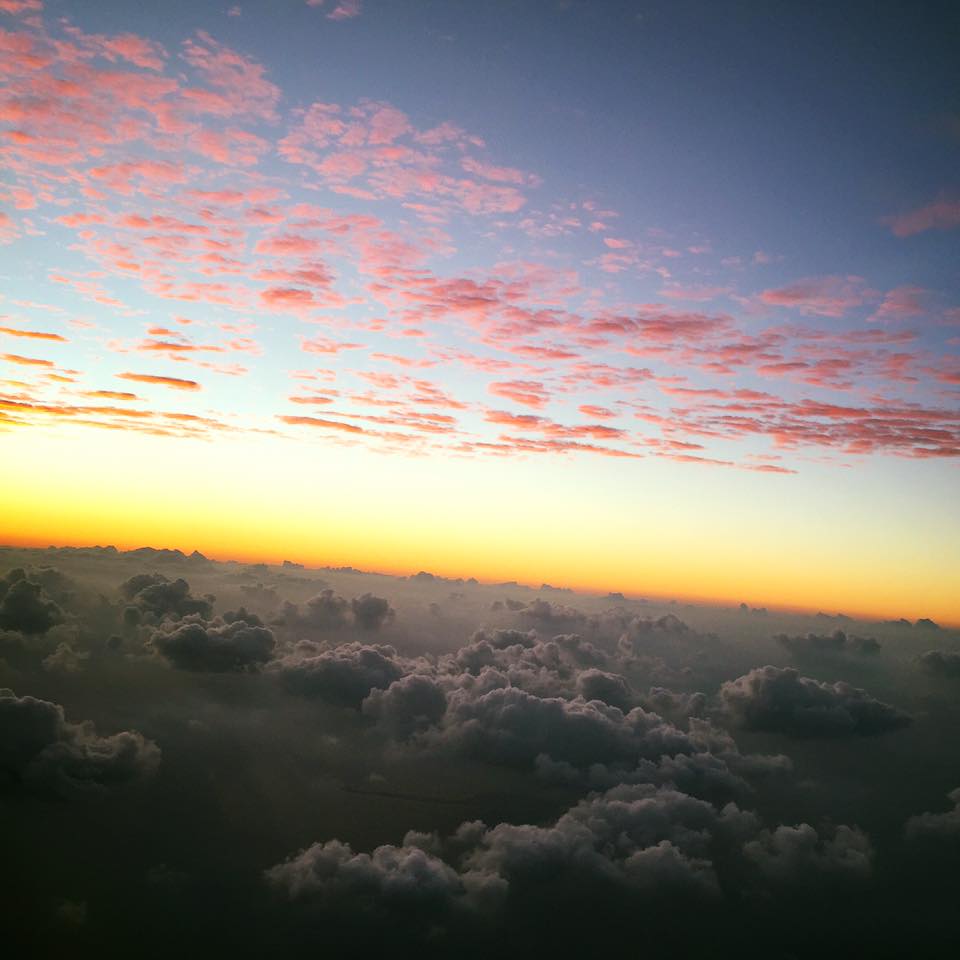 We landed at 7am and by this point I was incredibly tired and so ready for my bed. I collected my belongings, went through security and got on the bus ready for bed. I had such a fantastic first flight and it was so wonderful to see my family and friends, I can’t wait to see the rest of the world now.